Local singer-songwriter John Mayer, bound for glory with his national debut, has no idea what the fuck is going on

John Mayer is the antithesis of your everyday average wannabe pop/rock star. He doesn't smoke, drink or do drugs. There aren't any tattoos or noticeable piercings on his body, and he loves his parents. When he sits down for an interview in a Buckhead coffee shop, he orders a glass of milk.

"I don't have many values," he says, concerning his temperance, "but that's a value."

He also has something the other wannabes don't have: a major label record deal. Room For Squares, his first release on Aware/Columbia, is due in stores next week. The title is a reference to Mayer's self-proclaimed geekiness but, Mayer asserts, "I wanna be as bad ass as I can possibly be, more bad ass than people who think that what they're doing [drugs, alcohol] is a supplement to their art."

When it's suggested that his story wouldn't make good fodder for an episode of VH-1's "Behind the Music," Mayer is quick to point out his struggles with acne.

Mayer, 23, came to Atlanta three years ago as part of an acoustic duo called lo-fi masters. The twosome — originally from Boston, where they were students at Berklee — quickly established themselves in the local acoustic scene by winning the prestigious Open-Mic Shootout at Eddie's Attic. Shortly thereafter, though, lo-fi masters disbanded and Mayer found himself with an inadvertent solo career. He released one independent CD, Inside Wants Out, and soon was packing the room at Eddie's and Smith's Olde Bar.

He then was invited to perform at South By Southwest in the spring of 2000. After his performance at the Austin, Texas, music festival, the major labels came knocking. He found himself courted by most of the biggies and their affiliated offshoots; he was flown to New York to perform for various record company executives, and wined and dined (milked and dined?) in the Big Apple.

Word of mouth spread so quickly among Mayer's nascent following that the first time he sold out Eddie's Attic he'd barely had more than a blurb written about him in the local media.

"I'm glad it wasn't printed by Creative Loafing or anyone else in the local press that I was being flown to New York to play for the president of Arista and the like," he says. "Sure, it was thrilling, but that would've been too much pressure at the time. I mean that kind of stuff happens every day at these record companies and it doesn't always pan out for the people involved."

The end result of all this wheeling and dealing is Room For Squares, a hook-laden collection of pop songs filled with lush, jazzy melodies and introspective lyrics concerning the vagaries of young adulthood. He sings unabashedly of running up and down the halls of his high school at his 10-year reunion (which, for Mayer, is still a few years off) and going through what he calls, in the song "Why Georgia?," his "quarter-life crisis."

"I wanna get away from 'Girl, I want you,'" Mayer says of his songwriting. "That whole 'You're a God and I'm not' thing — that's cheap. I want to get more specific and write about those quick magic moments that happen beyond 'Baby, I need you.'"

Mayer has a childlike lucidity about him, as if he never outgrew the candor and wonder that comes with being 12 years old. Never at a loss for words on any subject, Mayer's clearheadedness and forthright nature gives him the ability to reflexively take control of the conversation and run with it, musing this way and that with his thoughts.

Mayer on relationships: "I don't understand cheating at all. I'd prefer to have an agreement with a girl to call me when she felt like cheating. Her hand could be on the guy's zipper as long as she had the phone in the other hand, saying, 'I wanna break up.'"

On his audience: "I'm glad to see it growing and changing to people more my own age, people who get it. When I first started playing out, my audience consisted of drunk schoolteachers who would tell me how much I reminded them of their son and then they'd grab my ass."

This candor also bleeds over into his stage persona where, when it comes to jamming with other musicians, he has been accused by some of subterfuge. Mayer admits that when he heard that bit of criticism he had to get a dictionary and look up the word.

"Subterfuge? What's subterfuge?" he says, mimicking page flipping with his hands. "Oh, 'stealing the spotlight away from other people.' OK, I see."

If Mayer is excited about what's going on now, he doesn't betray it in conversation, speaking, rather, with a sense of humility about the buzz that's going on around him. "I've grown up a lot in the last year," he says. "I have to play this mental game of not looking left or right, not looking down. It's just a matter of focusing on what I do and letting the other stuff take care of itself. One thing I do know is that I was born to play music everyday."

He pauses for a moment in reflection, takes a final swig of milk, then says, "As far as everything else goes — the buzz and all that — the fact is I have no idea what the fuck is going on. I get up on stage and I play and beyond that I have no idea. That's the bottom line."

John Mayer's Room for Squares is released May 22 on Aware Records.??

Hell No, We Won't Go Article

Nicole Chillemi's Christmas show comes on the heels of a banner year for the enchanting Atlanta jazz vocalist. Chillemi's self-titled first CD, produced by Shawn Mullins, was released last year and began selling briskly at shows and local stores. She soon found herself with an enviable problem that any unsigned artist would love to have &mdash; she had to order a second pressing of the disc.... | more... 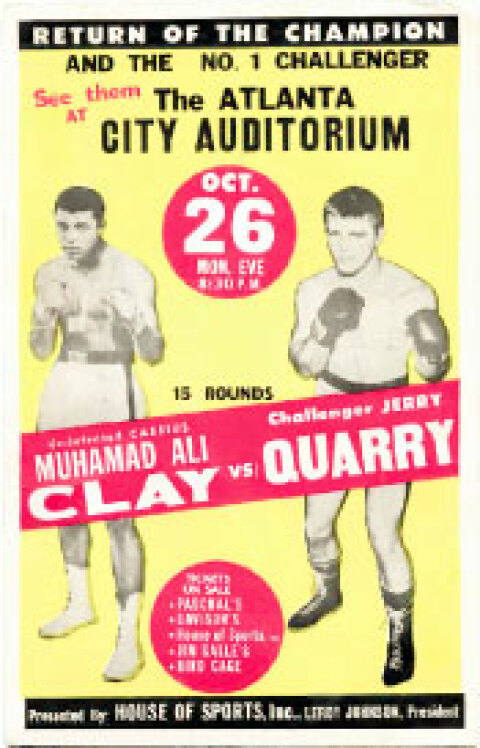 Two men, one crime and the heavyweight championship of the world | more...

Conventional wisdom dictates that an artist must be damn good and constantly touring &mdash; with critical acclaim &mdash; to get signed. But the CW doesn't always work in the real music biz, so we get stuck with Britney Spears and "American Idol" pap flowing over the airwaves instead of the likes of Jennifer Daniels. Sure, Brittany and Idol-pap are easy targets, but it serves the point well:... | more...
Search for more by Blake Guthrie
[Admin link: Square pegged]