Atlanta Music in 2011: Our Favorite Things 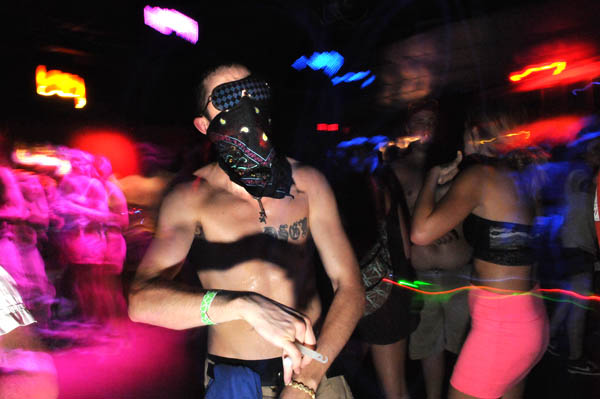 Inescapable Sound of the Year — In 2011, electro bumrushed the show. Transcending dance floors, the sound went viscous and crept into just about every musical nook and cranny imaginable. On the local level, glitch-hop producers heRobust and Ethereal continued to emerge while acts such as Cloudeater and Today the Moon, Tomorrow the Sun experimented with an electronic rock palette. Bedroom pop producers Featureless Ghost and Time Wharp mixed it up with laptops, abstractica, and found sound, while Miranda Nicole made slick inroads on the glam-soul side. Even the streets got in on the act, thanks to Future's Auto-Tune assisted mixtape onslaught. And then there was dubstep. EDM's subversive offshoot became all the rage (literally), casting a net wide enough to embrace long-time Atlanta veterans (Mayhem) and trapstep trendsetters (Heroes x Villains). Meanwhile, Cousin Dan, with his codpiece-mounted keyboard and surreal stage antics, seemed like a genre unto himself. — RC


Next: Harbinger of the Apocalypse 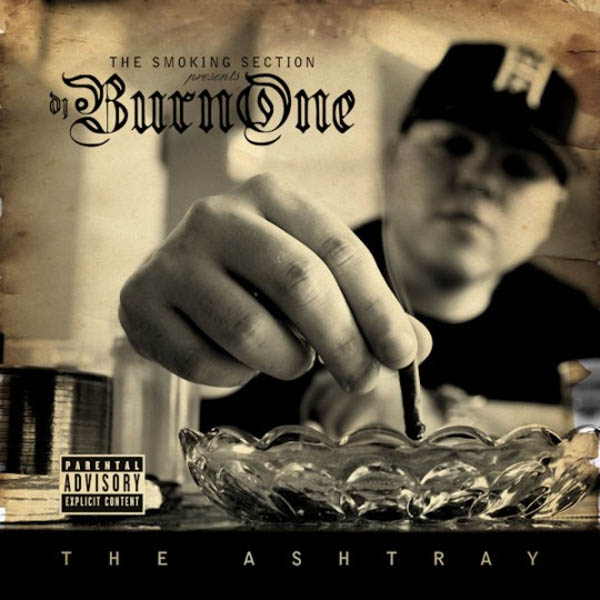 Harbinger of the Apocalypse — I don't make it over to the Bluff very often — a neighborhood a homeless man once told me stands for "Better Leave U Fuggin' Fool!" — but catching Abyssus' opening set at Archive Gallery the night that Inquisition played brought the year to a visceral close. Who knew that in 2011 a group of young, disaffected kids could put a distinctively wicked, Southern spin on black metal? The devil may have gone down to Georgia, but surely he tucked tail and headed north after one look at this death-afflicted trio. The corpse paint wasn't pretty, and when frontman Mortem screamed, the presence of evil in the room became palpable. It was a powerful show from an unexploited dark side of Atlanta's music scene; an apocalyptic vision of things to come in 2012. — CR


Next: Producer of the Year

With songs such as Burn
Photo credit: COURTESY OF KILLER MIKE

Producer of the Year — When Houston rapper Pimp C said several months before his 2007 death that Atlanta wasn't really the South, trill folk knew exactly what he was talm 'bout. Truth is A-Town hip-hop hasn't had a distinct or truly identifiable Southern sound on the production tip since Organized Noize laid down its Dungeon Family blueprint (OutKast, Society of Soul, Goodie Mob, Witchdoctor, Cool Breeze) in the mid-'90s. Which is why the July release of DJ Burn One's instrumental mixtape The Ashtray struck such a chord. It was as if he and his Five Points production company had unearthed the frequency of Georgia red clay itself. With a retro-futuristic vibe that meshes the country twang of guitar licks and the ghetto knock of 808s with bluesy, hypnotic bass lines and dirty church organs, The Ashtray sounds a clarion call for the rebirth of riding music, fueled by inner-city struggle and a stiff shot of Southern comfort. — RC


Next: Balls and My Word Award 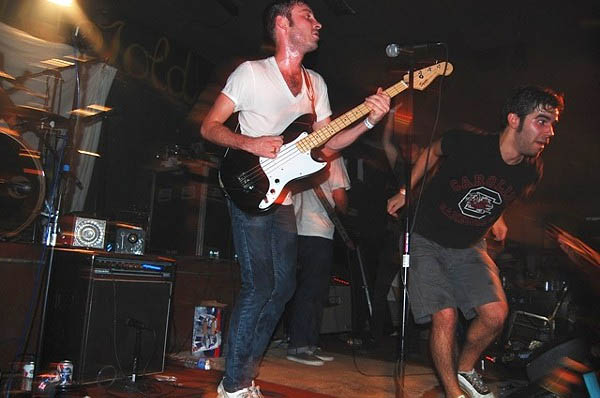 Balls and My Word Award — Killer Mike is the Hosea Williams of this rap shit — unbought, unbossed, and perennially unsung. Just like the deceased bullhorn-toting Civil Rights leader in his trademark overalls, Mike's at his best when he makes the kind of wretched working class anthems that probably do little to sustain his bottom line. His May 2011 release, PL3DGE — the third installment in his esteemed I Pledge Allegiance to the Grind series, and a near-perfect preamble to the Occupy uprising — is easily the most relevant sociopolitical statement of the year from a big-name MC/Grammy winner. Whether he's pulling Diddy's billionaire boys club card, reminding a certain White House occupant of the pervasive injustice in the black community, or calling Bishop Eddie Long out for his flagrant toupee (and other alleged indiscretions), Mike gets off on speaking truth to power. Which is why his fiery sermonette at a church rally in Jackson, Ga., hours before the state executed Troy Davis, was true to form. While certain hip-hop elitists attempted to show solidarity with #OWS, few could speak like Mike without contradicting their lyrical content. In a year when the made men of the genre were busy genuflecting before the powers-that-be, Killer Mike represented American defiance at its finest. — RC

Rowdiest Rock Show — One of the most momentous occasions of 2011 was also the rowdiest. When Black Lips played a homecoming show on the heels of releasing their latest album, Arabia Mountain, Atlanta's collective enthusiasm took physical form as waves of beer spray, sweat, and smoke consumed Southern Comfort Restaurant & Lounge. Genuine good ol' boys mingled with collegiate hipsters in a whirlwind of post-modern irony, set to the tune of one of the most badass Black Lips shows ever. Bradford Cox from Deerhunter even joined the band in a black wig and leather jacket — the first of his Joey Ramone routines — for a rendition of "Do You Wanna Dance?" — CR


Next: Best Show Off the Beaten Path 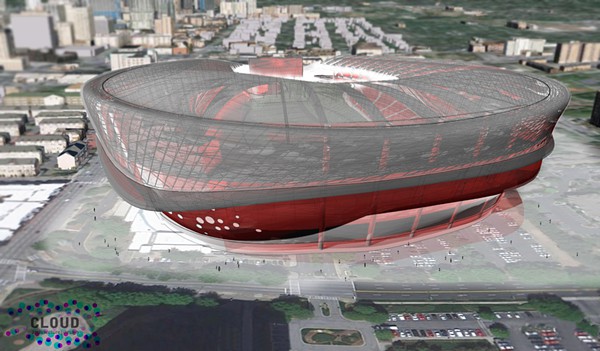 Best Show Off the Beaten Path — Traversing the same smoke-filled dives to have your eardrums blown out every night can get a bit predictable. Groping in the darkness, somewhere out on the Beltline, in search of secret "tunnel shows" ranked among the most refreshing experiences of the year. Poison ivy and twisted ankles aside, once you've made it to the campfire to hear derelict folkies such as Gashy, Pony Bones, and Shitty Bedford bark at the moon and bang away on out-of-tune steel strings, it absolutely reaffirms the cathartic and spiritual powers of music in the raw. — CR


Next: Guilty Pleasure of the Year

page
Guilty Pleasure of the Year — When the New York Times' Jon Caramanica wrote about the new VH1 reality show, "T.I. and Tiny: The Family Hustle," he implied that the infamous rapper-turned-convict-turned-rapper-turned-convict-turned-rapper was a quick-change artist. Guilty as charged. And therein lies the appeal. Watching Atlanta's big bad wolf return home after serving months in an Arkansas federal pen, only to melt into the arms of his newlywed wife and coo at those darling babies of his makes it seem as if we've been missing the better half of Clifford Harris all along. He's not a paranoid tough-guy with Bankhead bluster and a cache of automatic weapons; he's hip-hop's Bill Cosby! Sure, a good script and proper editing can turn anyone's reality into the stuff of fantasy. But it's the same semblance of truth present in his explosive rap persona that makes it so easy to suspend disbelief while watching his domesticated makeover. Move over Ice Cube, there's a new family-friendly gangsta in Hollywood. — RC

page
Best Organic Uprising — Without question, 2011 saw Atlanta's grassroots hip-hop scene rise to new heights while putting a modern twist on the progressive, '90s backpacker aesthetic of NYC. Bookended by such sophisticated albums as Clan Destined's Self Titled in January, and Dillon's Dillon Ain't Playin' EP in December, the underground reached cruising altitude, and a legion of MVPs rose to the occasion. Rock Most released Rise & Shine, transcending personal adversity and the clichés of commercial hip-hop. Señor Kaos' The Kaos Effect, J-Live's S.P.T.A., and Boog Brown's The Brown Study Remixes materialized as new school staples from strident voices. And a cast of other characters — Methuzulah, Rozewood, Sa-Roc, Lyric Jones — continued sharpening their skills and priming themselves for another banner year in 2012. — CR

page
Best Local Music Booster — The economy is still in the shitter, but the sheer volume of new Atlanta music skyrocketed in 2011. This year cassette tapes became an increasingly viable medium while online resources such as Bandcamp and SoundCloud followed suit, making it easy to deliver music to the masses without the overhead. From bedroom pop and electro acts such as Mirror Mode, Time Wharp, and New Animal, to hip-hop barnstormers Eddie "Cappuccino" Meeks, to the noisier end of punk rock with Uncle Touchy, the deluge of local music has become overwhelming, and it's a wonderful problem. — CR