After 40 years, the masters of Italian horror come Stateside 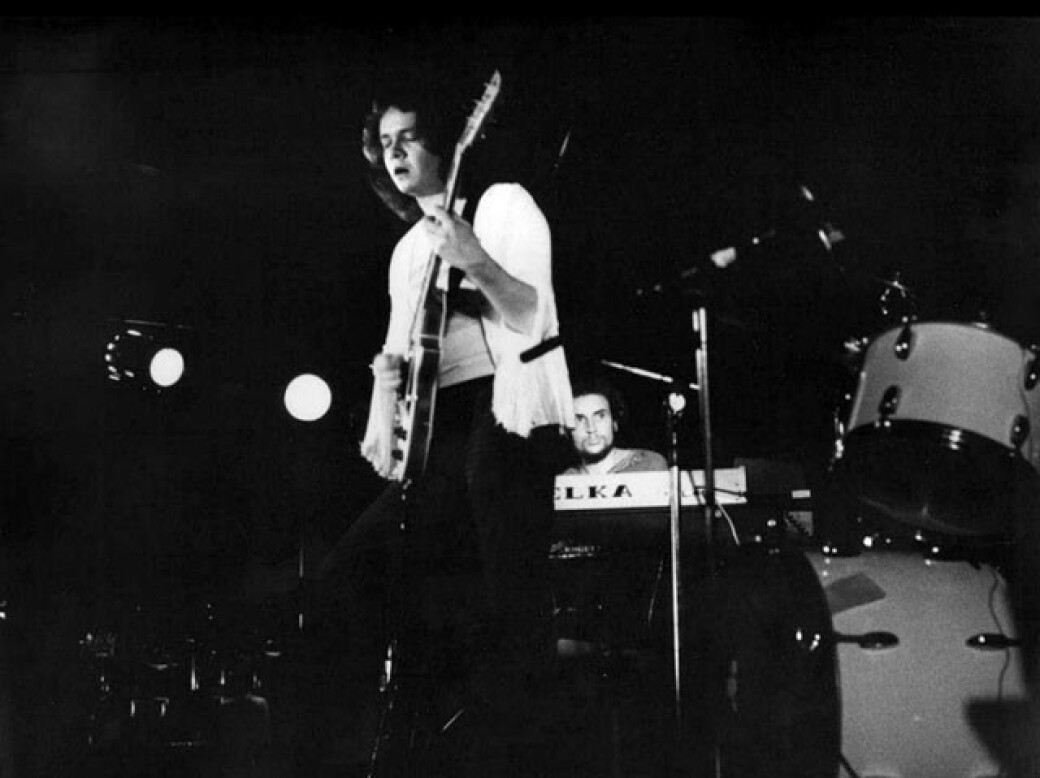 As the opening scene of Italian director Dario Argento's 1975 psychic slasher flick Profondo Rosso (Deep Red) unfolds, a violent stabbing death occurs just offscreen. Set to the tune of deranged fairy-tale singing and icy prog rock melodies, it's a stylish intro to a cult work of Technicolor impressionism. The music, which carries just as much weight as the images playing across the screen, is unmistakably that of Goblin.

Although founding members Massimo Morante (guitarist and occasional vocalist) and Claudio Simonetti (keyboards) had been playing together since 1972 as Oliver and Cherry Five, Profondo Rosso marked the beginning of a legacy. Since then, Goblin has become a master of Italian horror film scores. The very name is synonymous with Argento's most acclaimed works, including his 1977 masterpiece Suspiria. But just as the musical and visual elements of these films build tension together, Goblin maintains a distinct identity. "The music for Suspiria and Deep Red is based on Goblin's creativity," Morante says in an email translated by keyboardist Maurizio Guarini, who joined the band in 1975 and was a part of Goblin's first live incarnation in Rome, Italy. "Now and then, Argento gave hints about the atmosphere that he wanted with specific scenes throughout the films, but the music was always created and decided by Goblin."

Forty years after that first blood-soaked pairing with Argento, Goblin is coming Stateside to embark on a 21-date trek, consummating a relationship with its dedicated American fan base. The tour kicks off in Atlanta on October 1.

Since adopting the name Goblin and replacing composer Giorgio Gaslini to score Profondo Rosso, the group's sound has defied face-value prog rock comparisons to acts such as Genesis and King Crimson by blending sharp, repeating melodies with cinematic imagery, culminating in a mostly instrumental pace that is as epic as it is captivating.

Finding a reliable history of the group requires some digging, but scanning the liner notes of Goblin's various collections, including a six-CD box set released in 2012 titled The Awakening, reveals a dizzying array of lineup changes that took place throughout the years. Even Guarini joined the band in 1975, left at end of '76, re-joined in '78, left in '83, and came back in 2003.

The lineup for the U.S. shows includes longstanding members Simonetti, Guarini, and Morante, along with newcomers Titta Tani (drums) and Bruno Previtali (bass).

After writing the score for an episode of a Canadian television show called "The Profane Exhibit," Guarini, who now lives in Ontario, was asked to perform a live score to Suspiria for the Housecore Horror Film Fest. He agreed, and even offered to bring Simonetti, Morante, and the rest of the group's current lineup along to perform as well.

It was to be a one-off show, but when Housecore announced the news, John Bongiorno, a New York-based booking agent the Windish Agency, saw an opportunity. "I was a Goblin fan, and went through a phase, not unlike a lot of music fans, where I had to have everything they ever did and make my own 'best of' or whatever," Bongiorno says. "I saw that they were doing the show in Austin and about two minutes after reading that, I started emailing every address online that was Goblin-related — Google sniping. We hit it off, and I booked a tour for them."

For the American tour the group is playing the hits, so to speak. The set list combines themes from soundtracks, including Suspiria, Profondo Rosso, George Romero's 1978 Night of the Living Dead sequel, Dawn of the Dead, and more. They'll also perform numbers from Goblin's 1976 non-film related album, Roller, and maybe even a bit from 2005's Back to the Goblin CD.

"It has been a weird sensation to be playing with some people you haven't played with since 1976," Guarini says. "Of course we're not using the same vintage instruments that we used to play — we're using a lot more electronic instruments, keyboards, things like that. But we've really tried to keep the same feeling, the same atmosphere, and the same sound of the times, especially for the older material."