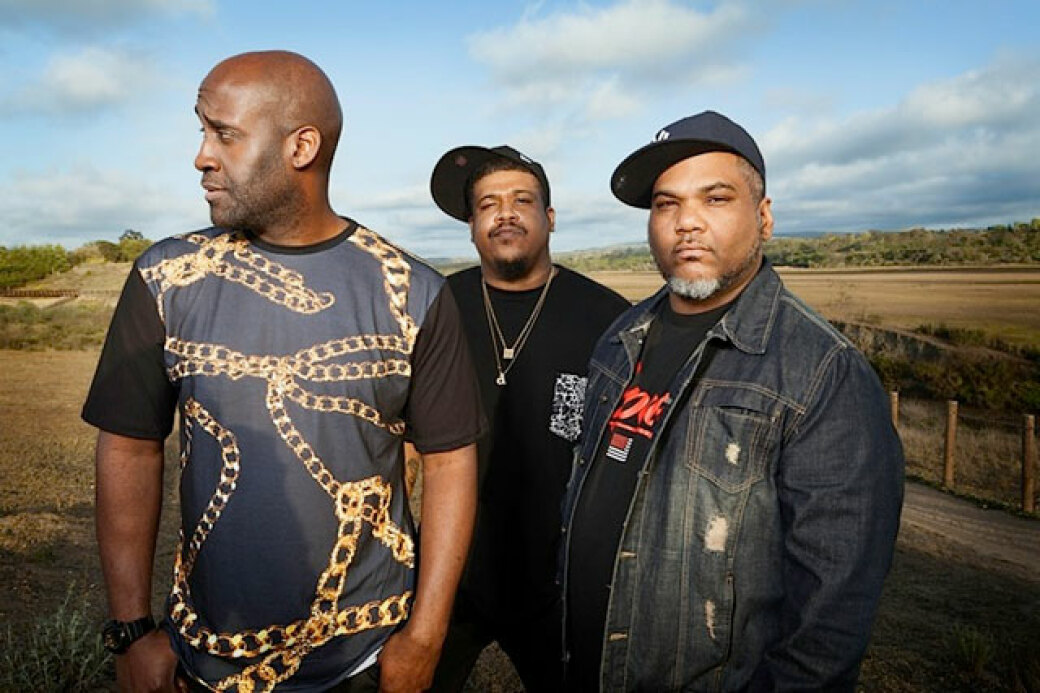 Brian Knott looks out of place at a Waka Flocka Flame concert, even though he's the one who organized the show. The 40-something father and co-founder of the A3C hip-hop festival and conference is what he calls an "old head." When he was just 12 years old, Knott tuned into the sounds of Rakim and KRS-One, exploring hip-hop when the music began splintering off into countless diverging paths, all of which he now tries to capture at the 11th edition of "hip-hop's biggest stage."

??
"Last year I ended up where Waka Flocka was playing and one of my friends was like, 'In a million years, I never thought I would see you in this room at this time,'" Knott says.

??
A3C stands apart from the glut of big-ticket music festivals because of the dedication to diversity valued by hip-hop diehards like Knott. For him, the festival represents a debt owed not just to the hundreds of rappers and producers that pour through Atlanta's streets every October, but to the culture of hip-hop that sustains them. "Hip-hop is bigger than a genre of music," he says. "It's a bonafide culture."

??
Every year, Knott and a devoted team of A3C employees and volunteers strive to balance that sense of integrity with the near-exponential growth the festival has experienced every year since its modest beginnings. In 2004, A3C's roots were planted when Knott, along with his buddy Kevin Elphick, ran the independent record label ArcTheFinger, and they owed a lot of favors.

??
Knott and Elphick hatched the idea for a music festival after sending ATF artists such as Psyche Origami and Intellekt and Dirty Digits on tour, swapping out-of-town dates for promises to organize Atlanta shows for artists from around the country. Their fix was to bring 27 acts to The Loft to perform over three nights.

??
The 2015 lineup showcases the dense network of connections A3C has continued fostering over the years: De La Soul tops the bill hosting its own De La Soul Day on Sat., Oct. 10, complete with a keynote conversation followed by a performance on the main stage at the end of the night.

??
On the academic front, A3C celebrates its first year officially partnering with Morehouse College, and has also introduced the A3C Action program, a competition hosted with the Center for Civic Innovation where attendees voted on five ideas that use creativity to improve education and reduce recidivism rates.

??
Indeed, that first year of A3C pales in comparison to the grandiose scale the festival has attained, but Knott has remained impressed from the very beginning. "We had 700 or 800 people a night which doesn't seem like a lot now, but then it felt like a giant hip-hop love fest," he says. "As soon as the first one was over people asked when we were gonna do it again."

??
Every year since then has served as its own milestone for A3C, posing new logistical challenges and ideological possibilities. With increased numbers of attendees, artists, and panelists come questions of how to organize the madness in a city with few multi-venue locations. The festival hopped from The Loft, to all three venues at the Center Stage complex, then to the East Atlanta Village. Then over to the Masquerade and on to Downtown. This year A3C has named the Sheraton Atlanta Hotel as its host hotel, and has worked to plot out the festival's activities along the Atlanta Streetcar route.

??
A3C's general manager Mike Walbert started his tenure with the festival as a co-founder for SMKA, a production company that threw a 2008 showcase featuring J. Cole long before he graced mainstream radio.

??
Since then, Walbert's role has evolved from artist director to general manager to becoming one of the festival's four partners. Every year, Walbert looks back at the previous festival and gawks at the signposts of A3C's staggering progress.

??
"Every time we look at the caliber of the artists, that's always a holy shit moment," he says. "And we're spending more on stages now then we probably spent on the whole festival three years ago."

??
Beyond the obvious growth of artists and infrastructure, A3C has established itself as a conduit for discussion on the social issues crucial to hip-hop's identity. Hip-Hop's Social Responsibility; Drug Culture, Trap Music, And Mass Incarceration; and Womanhood in the Face of Hip-Hop are just a sampling of the numerous panels featured this year.

??
The festival's commitment to social dialogue stems from 2006 when photographer Martha Cooper came to discuss her book We B*Girlz, a pictorial history of the underrepresented role women played in the history of break dancing and beatboxing.

??
From there A3C's organizers recognized the need for a forum centered around hip-hop's broader contexts. This year, 150 speakers will preside over numerous panels, demos, and workshops at the Loudermilk Center.

??
In a more subtle way, A3C's decision to include mainstream hip-hop heavyweights serves the same intent as the panels. On this year's lineup, Wiz Khalifa and Taylor Gang follow the left-field favorite Jean Grae. That juxtaposition may seem strange, but the contrast is exactly what Knott intended. "It's important to be able to do a trap show and then an underground show," Knott says. "Then we're able to say we are hip-hop and hip-hop is inclusive and broad."

??
Like any large movement supported by a passionate fan base, hip-hop suffers from internal divisions. "Conscious" vs. "mainstream" and "backpacker" vs. "gangsta" rap serve as constant points of contention. There's a tragic irony to people misunderstanding artists in a genre that still faces a barrage of misconceptions. Through conferences, diverse lineups, and a formidable sense of responsibility, Knott and A3C try to unify hip-hop's dividing lines.