A brief history of Slim Chance & the Convicts

James Kelly strums a weathered six-string Yamaha, rocking slowly back and forth on the pale-green-and-white love seat glider on the porch of his Cabbagetown home. "This is my first guitar, given to me when I was 12 or 13 years old," he says. "Back then, I was listening to people like James Taylor, Leonard Cohen, and Townes Van Zandt, and I couldn't play like that, so I quit and gave the guitar to Rick, my younger brother. He kept it for 35-40 years, then gave it back to me last year when he was clearing out his house. Now, it sounds like a dream."

Born in Glasgow, Scotland, Kelly's family emigrated to the U.S. in 1963 when he was 6, settling in Nashville. Since then, countless guitars have passed through his hands in pursuit of his singer/songwriter dreams — following in his father's footsteps. A clinical psychologist by trade, and a regular contributing writer for CL's music section, Kelly performs as Slim Chance, fronting a posse of country outlaws called the Convicts. The group's first concert transpired on June 4, 1986, at Brook Run where Kelly was employed. At the time, the facility was called the Georgia Retardation Center. "They had a kind of music therapy program and the patients listened to records, but they had never been exposed to live music except during Christmas," Kelly recalls. "When I asked whether we could put on a little concert for the patients, the director said, 'OK.'" 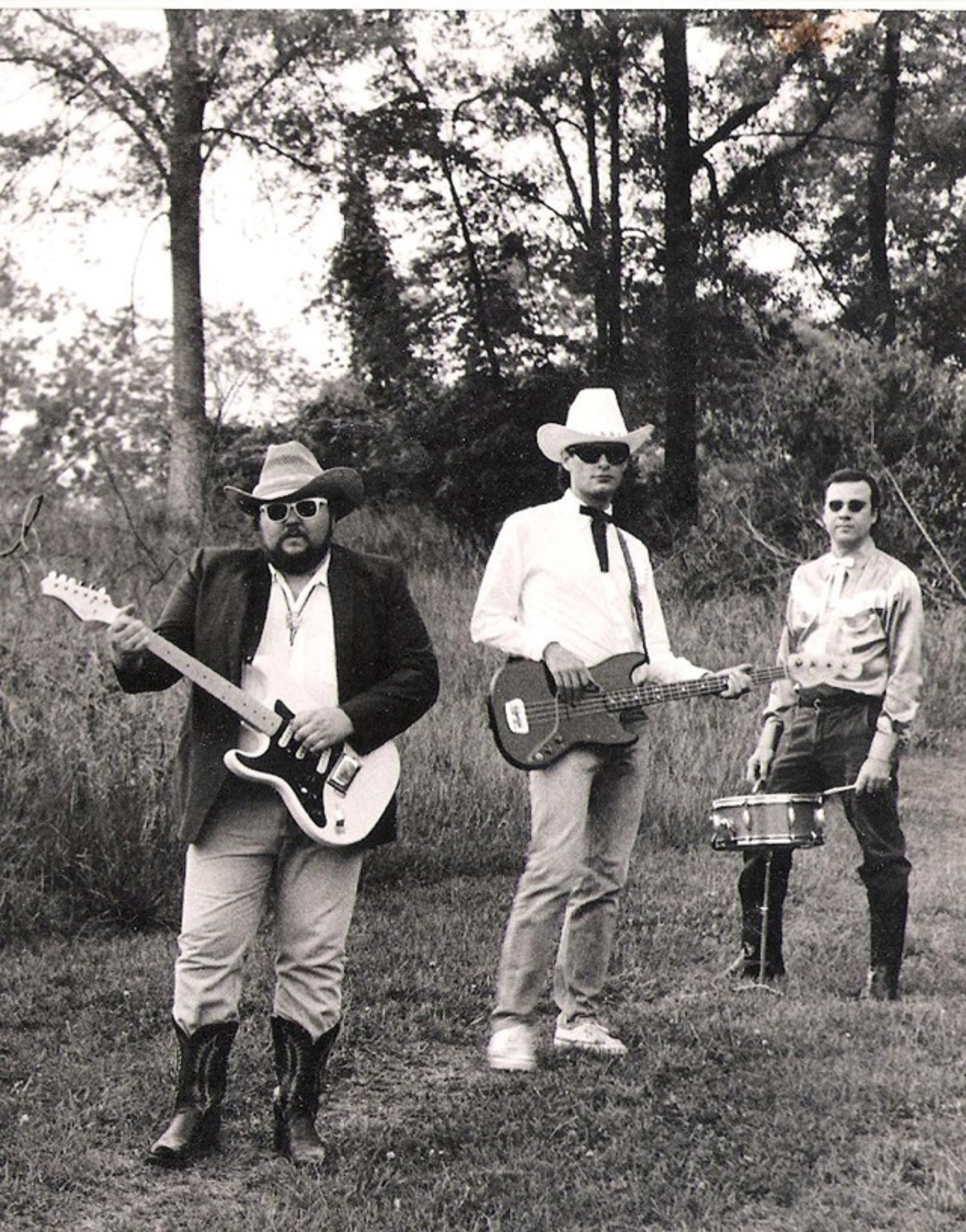 Kelly had moved from Nashville a few years earlier, with high school chum Mike Gagel, to attend graduate school in the psychology program at Georgia State University. In the house they rented in Little Five Points, he and Gagel (on drums) amused themselves by playing old rock 'n' roll and rockabilly songs. Gagel bought a drum set for $6 at a yard sale — discarded by former Atlanta band the Now Explosion. They were joined by "Dangerous" Dan Jolivet (bass), a fellow GSU psychology grad student and Pacific Northwest transplant who had played baritone sax in the University of Washington Jazz Band — with Kenny G, no less.

"Dan wasn't very friendly at first," Kelly says. "But one day at school he came up and talked to me because I was wearing a Brian Eno T-shirt."

The patients and staff at Brook Run bore witness to the debut of Slim Chance & the Convicts. A few days later, the Convicts played another gig under the Plaza Theatre marquee as part of an alternative music festival. The bill included local acts the Nightporters, Mr. Crowe's Garden (later the Black Crowes), and RuPaul. The Convicts performed a few of Kelly's originals, including "Now She's Walking Away From Me" and "I'll Believe It When I Want To," as well as Jolivet's "I Sleep Alone."

The setlist for the group's 30th anniversary show on June 4 will include selections from the early concerts and highlights from the band's three albums: Letters to Mama (1993), Twang Peaks (1996), and Dark Side of the Moonpie (2006). Augmenting the current lineup of Doug Morton (guitar), Bryan Brownlow (drums), and Joel Glogowski (bass) will be Convicts from the dawn of the Redneck Underground in the late '80s when Slim & Co. ruled the roost with a series of legendary shows, including tributes to Elvis Presley and Gram Parsons, and benefits for charitable causes and friends in need.

Among the guest performers will be Jon Byrd, whose career as a Nashville-based singer/songwriter includes an appearance on Tom T. Hall's Grammy-nominated album Songs of Fox Hollow. "All James Kelly has ever done is facilitate, promote, and share," Byrd says. "I owe Slim everything."

It's been 30 years since one man and one band set off a country music explosion. The aftershocks still resonate throughout Atlanta's music scene.