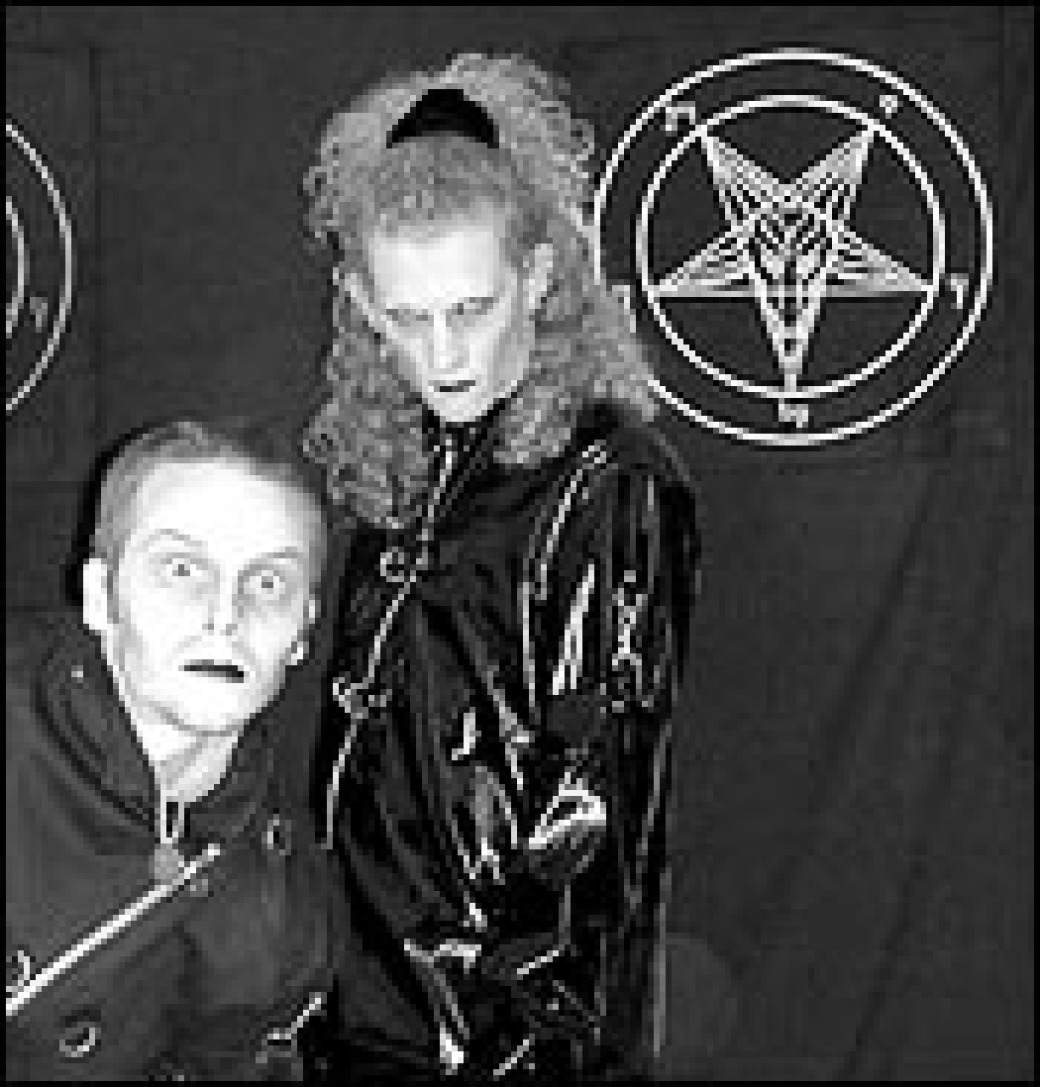 For the participants and attendees of Atlanta's Horror Fest 2000, Halloween isn't so much a time for trick-or-treating and pumpkin carving as it is a day when the cauldron of darkness finally boils over in the guise of artistic expression.
Take, for instance, the Atlanta-based duo Ubermenschen, one of the convention's musical attractions. With a name lifted from Nietzsche and a CD titled Shattering the Myth of God, it would be easy to write them off as another goth/industrial act steeped in darkness and despair. But while there's plenty of doom and gloom in the band's sound and lyrics, Ubermenschen also allow a much-needed sense of humor into their music. Tracks such as "Triple X" and "Fuck You" use samples to lighten up the otherwise dark material.
"Some of it's in good humor, definitely," says vocalist and programmer Reverend, who is joined in the group by Robert Cruzan. "The philosophy behind it is kind of Nietzsche, Satanism and all sorts of different things that we've taken little bits from. It's got some blasphemy in it, but it could definitely be more extreme."
Ubermenschen will undoubtedly fit in with other performers on the bill, including national acts Electric Hellfire Club and O.Z. Willis and local groups Fiends Carnival of Souls and Flowers for Luci. Horror Fest also includes performances by the Modern Gypsies Freak Sideshow, horror novelist Nancy A. Collins and underground filmmaker Joe Christ.
Horror Fest 2000 is held Oct. 27-28 at the Crowne Plaza Hotel. See www.horrorfest2000.com for more information.