After eight years, the man who started it all is still in love with hip-hop culture 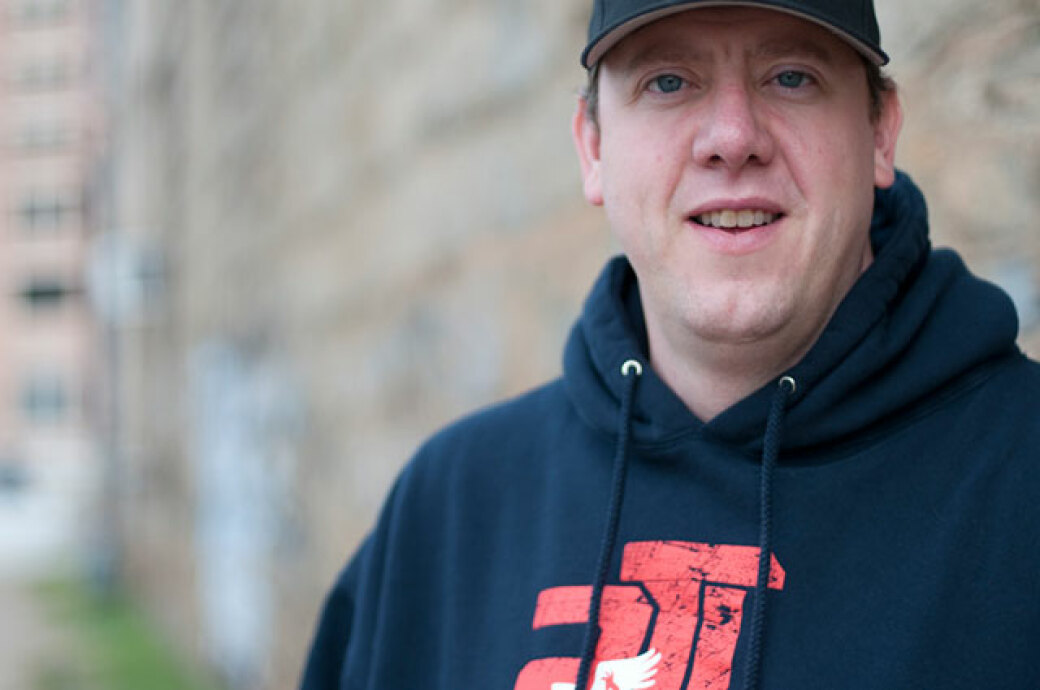 On March 31, 2005, two West Chester University of Pennsylvania college buddies-turned-Atlanta transplants, Brian Knott and Kevin Elphick, launched the first A3C Hip-Hop Festival. For one weekend they booked the Loft in Midtown with 28 artists and DJs from around the country and, unbeknownst to them, it was the beginning of a legacy.

A3C was to be a gathering of artists, promoters, and friends from up and down the East Coast, West Coast, and Southern states, whom they'd met through their short-lived local hip-hop label, ArcTheFinger Records. The plan was to make good on the myriad promises they'd made to other promoters and artists in exchange for booking out-of-town shows featuring acts they'd signed. It was a modest, DIY endeavor, and the possibilities seemed endless. Eight years later, on the eve of the festival's largest year yet, Knott took time to discuss the festival's origins, why he's still at the helm, and his undying love for hip-hop culture.

If A3C began as an offshoot to ATF Records, how did it end up becoming more successful than the label?

Kevin and I were doing ArcTheFinger, and when we were getting groups, like Psyche Origami and Minamina Goodsong out on the road, we started calling people and saying, "Let our guys come play in your town, and we'll get you an Atlanta show." We owed a lot of people shows, so we brought them all together and called it a festival. Almost immediately we knew that we'd hit something unique. Trying to sell records is a terrible business, but this was something that people were attached to in ways that were different than anything I'd been involved with before. We never expected it to be where it is now.

Your original partner, Kevin Elphick, parted ways in 2007, correct? Who's running the show these days?

ATF had more or less bottomed out by 2007, and he felt like he needed to focus elsewhere in his life. I think he took ATF a lot harder than I did. We're still very close, though — he's like a member of my family.

What drives you to keep pushing forward after eight years?

I love hip-hop. When I was probably 9 or 10 years old, a woman that my mother worked with had a son who was graduating. It was an African-American family and I went to the graduation party where I saw my first DJ. This was maybe 1986, so we're talking LL Cool J and Run-DMC records. It was the coolest thing I'd ever seen and I wanted to be a part of it. I have no artistic inclination or talent, but I've always loved the music. When I was a freshman in college, the Roots had a Monday night residency at Khyber Pass in Philly. Kevin and I went every Monday and saw how much talent and passion they had, and I was lucky enough to have started an Internet business that I sold, and thought, "The next thing I do, I want to be involved with hip-hop."

I love being involved with the music, the culture, and the artists, and now I feel like I have a role in helping people expand their scope. A lot of times I was a huge fan of an artist when I was a kid. Rakim played A3C a few years ago, when he put out The Seventh Seal. He wasn't as relevant then — he's always going to be relevant, because he's Rakim — but we helped get a MySpace deal going, and to help him find new relevancy was great. Also, working with someone like B.o.B, even tangentially, before he had a record deal was great. Then there are tons of basement producers that are coming to panels, meeting people, and later collaborating on records. I like having a hub where people come together.

When we talk with brands in New York they tell us that artists talk about A3C differently, and that's cool. We're not a big paycheck for anyone. For a couple of years we operated on a basis of: "How many tickets have we sold? Can we afford Raekwon?" We're not sitting around saying: "We have this much of a budget, and we're going to make $250 million off of this." If we see a spike in ticket sales, we'll go after GZA. People always ask, "Why wait so long to announce your lineup?" It's because we're literally making it up as we go. It's bigger this year because people bought more tickets. We account for and run the business on a cash basis.

Is there an aesthetic that ties A3C together?

I think we started out as an underground event because those are the people we knew and could reach. As the event has expanded it has been less about underground and more about trying to go as broad as we can. You know, it's a huge leap from Gunplay to Count Bass D, and a huge stretch from having BET present Big Boi and Kim Stewart lead Needle to the Record. It's embracing how there are amazing things happening in all these different pockets. ... Some of our performers will and have had commercial success but I think they are artists first and pop stars as an offshoot of that. We want to show how inclusive hip-hop really is.

There is no Atlanta showcase per se, but Atlanta is represented strongly throughout the fest.

I get asked, "How can I get on?" about six million times throughout the year, and I always say, "If you're from Atlanta or New York, it's really hard." We know everyone in Atlanta, and New York is New York. We don't want to oversaturate this event to where it feels like an Atlanta party. We want people coming here as a destination, from around the country, who are in love with the culture. Putting 80 Atlanta artists on over the weekend won't create that atmosphere. Likewise, Atlanta fans have the opportunity to see a lot of the local acts on a regular basis. If we were to put together an Atlanta showcase it would be one of the least attended events. Someone always says, "It's like bringing sand to the beach." But you're right. Atlanta is represented pretty strongly in the lineup.

Over the years it's been hinted that this is the largest independent hip-hop fest in the country, if not the world. Have you researched this to find out if it's true?

I think that's something people started saying in hopes that someday it might be true and it has actually started to bear fruit and become so. When we put it in print we qualify it by saying "in the Southeast," because we know that's true.

After so much growth, how do you keep A3C's personality intact?

Growing the scope of what we do and presenting it in a professional way is always the balance for us — not getting too stuffy, and focusing on the things that are important.

And we know that our audience is made up of a lot of people who want to be on stage — a lot of people who appreciate this music create music — so we have to be accessible and serve those people; they're our backbone. We've always been about keeping ticket prices low and creating opportunities for people to buy discounted tickets early on. We know a lot of people are choosing between buying a dime bag or an A3C pass.