Plus Order of the Owl gets a new drummer, Mara debuts, and more music news

On Nov. 3, Ted Selke, owner of Candler Park's Full Moon Records, posted a letter from the building's owner, Clay Harper, on the store's front window. The letter is a notice to vacate, stating that Selke's tenancy is being terminated because the property is not zoned for live/work.

The letter marks the end of a 23-year stint during which Selke has lived and worked in the space since opening Full Moon Records in March 1991. Over the years Selke has played drums, bass, and sang in several Atlanta bands, including Arms Akimbo, Joybang, and Black Crowes precursor, Mr. Crowe's Garden. With his Third Eye Records imprint he released material by local jazz ensemble Gold Sparkle Band. He also released the self-titled album by No Walls, an experimental rock outfit led by a young William DuVall, who now fronts Alice in Chains.

Selke must vacate the premises at 1653 McLendon Ave. by Dec. 31. Until then he's spending his time putting the finishing touches on the second full-length by his band, the Seventh Ring of Saturn, which is due out in 2015.

In the letter Harper offers to help find a new location for Full Moon, but Selke has no interest in keeping the store going.

"Running the record store has been great," Selke says. "It's time to start something new. I have at least two customers that ask about buying my store every time they come in, and Harper took away my ability to sell the business. He is also putting me out in the middle of winter, after I stocked up the store for the holidays and beyond, when he could have told me at the beginning of the year when he bought the building, or even over the summer so I could have had a chance to sell off some inventory and get my things organized for moving."

In the meantime, Full Moon will remain open on Fridays and Saturdays in November, and possibly a few days in early December. Everything in the store is currently 20 percent off.

“Ted has been a great tenant, but he’s living there. My insurance company says that has to change immediately,” Harper says.

Order of the Owl played 529 on Nov. 19 with new drummer Dwayne Jones (Demonaut, Sourvein) in tow. Over the last year Joe Sweat (Big Jesus, Manic, Mangled) had been playing with OotO since original drummer Corey Pallon parted ways with the band. Sweat's fast-paced metal style had put an accelerator on the group's rock 'n' roll drumming and bottom-heavy grind.

Jones' drumming slows the group back down, restoring a bit of OotO's original loose thunder. His drumming also makes room for numbers such as the "Dead Trees" half of "Mighty Demon Lover"/"Dead Trees" to be worked back into the setlist. Keep an ear out for more new songs that are slated for release on the group's forthcoming The Wolves of True Diamond Hate EP due out in 2015 via Domestic Genocide.

In new music news, GG King's second LP, Unending Darkness, is out now via Scavenger of Death Records. The album took two years to complete, and finds King embracing an even more experimental side of his songwriting. BONUS: The first 100 copies come with a cassette tape featuring 10 demos and outtakes from the album. The group celebrates with an album release party at 529 on Sat., Dec. 6.

CNN International aired a portion of a new song by Ruby Velle and the Soulphonics titled "Tried on a Smile" in mid-November. The full song is available on CL's Crib Notes music blog, and is a sneak peek at Velle and Co.'s second full-length, slated for a late spring release. The song shows the group's high harmonies and horn and rhythm sections delving deeper into the late '60s Motown-lite sound it's been perfecting over the last several years. "Tried on a Smile" is certainly a high note, and a nod to Aretha Franklin, Sam and Dave, Wilson Pickett, et al.

The group's trumpeter Jason Collier tells us more about the inspiration behind this feel-good jam of the season: "The main thing that inspired me to write 'Tried on a Smile' was a gem from my mother," he says. "I was going through some difficult times and her wisdom guided me through. She told me to 'fake it till I make it' — to simply try on a smile and see if I felt better. I did."

Under his solo moniker, Mara, singer and guitarist Jordan Parker of experimental garage rock outfit Vera Vera hones a sound that he describes as "phantom pop." Given his voice's already spectral character, it's an apt description. On Nov. 25, Parker rolled out a six-song, self-titled debut EP, released by Deer Bear Wolf.

The video for Tom P's "Nightmare," featuring Jarren Benton, is what would happen if a zombie apocalypse broke out in the middle of a house party. Tom P directed the video, which centers around a wannabe rapper (played by his manager Kevin Grimes) who is having some bad, bad dreams.

In Awful Records news, MC/producer KeithCharles Spacebar flaunts his musical heart-on-sleeve with "S T A C Y," a trip-hop-y collab with NEVR. And whereas Father may be viewed as the prominent voice in Awful Records, Richposlim might be the collective's most vocal artist. From his epic Twitter rants to the penchant for using words like "Wazzam," 'Po's music and slang is a welcome punch to the face. Enter his HUBRIS EP.

In a continuation of his video for "Raw," Wara from the NBHD reminds us that drugs are bad in his visual for "Slangin." Selling drugs is a deadly game, but someone has to do it. Or do they? That is the question young Wara's song and video answer with a brutal honesty.

With additional reporting by Paul DeMerritt and Gavin Godfrey. 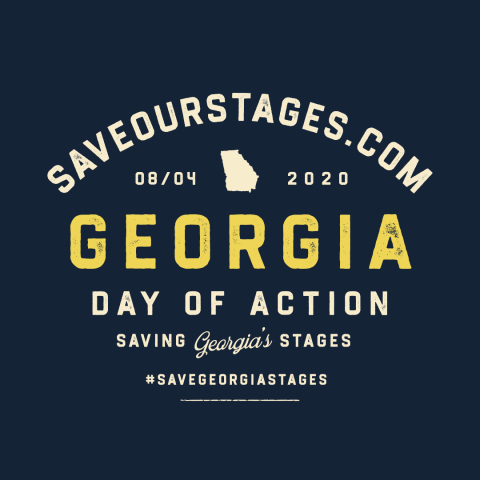 Plus: The Star Bar will live again, new music from Nikki & the Phantom Callers, Picture One, and more | more...
Search for more by Chad Radford
[Admin link: Full Moon Records closing in December]