On the bottom of the world, profs and penguins peacefully coexist

MCMURDO STATION, ANTARCTICA — Last week, I visited the "Penguin Ranch," a site near the U.S. Antarctic Station at McMurdo Sound where American scientists study diving behavior of emperor penguins. Nestled beneath the steaming 12,000-foot Mount Erebus volcano on the ice-covered Ross Sea, it is picture perfect at 78 degrees south latitude — and the stamp to send a postcard home is only 23 cents.

Yes, this is the United States in Antarctica. And since Creative Loafing covers the American South like the dew (or ice, in this case), its editors asked me to report back on Really Deep South during my six-week stay here on a federally funded research trip.

Penguin Ranch is one of more than 150 science projects supported by the U.S. government this year in Antarctica. Most are based out of McMurdo Station, whose population swells to about 1,000 persons in the Antarctic summer (our winter) to provide logistical support for all that science. It owes its location to being the southernmost place on earth that can be supplied by sea — at least for a few late-summer months when the ice melts. The U.S. maintains two smaller year-round stations, at the South Pole and on the Antarctic peninsula, that northerly pencil of land where the tour boats go. Remember there is no sunlight here in the Antarctic winter, and nothing but sun here now. But it is still cold.

In 1959, every country with an interest in Antarctica signed a treaty freezing all territorial claims to the continent and setting the place aside for the peaceful pursuit of science. That was during the Cold War, and it took Antarctica out of the direct line of fire. Countries responded by sending scientists instead of soldiers to stake their national claims in the frozen continent, and no country did it better than the U.S. The Soviet Union valiantly tried to keep pace with three smaller stations, but when the U.S.S.R. collapsed, so did its programs here.

Several other countries have stations scattered around the continent, including New Zealand with a kiwi-colored base just over the hill from McMurdo Station. But all are dwarfed by the American presence. One staff member advised me: "Occupation means ownership, and we own Antarctica."

That brings us back to those much-studied birds at Penguin Ranch. They don't seem to mind all the attention. Paul Ponganis, the principal investigator at the Ranch, has been studying penguins in these parts on and off for 15 years. The rest of the time, he is a practicing cardiological anesthesiologist in San Diego.

Through his research, Ponganis found that emperor penguins dive to depths of over a quarter-mile in search of food, and they don't suffer any ill effects due to changes in pressure. This has something to do with management of blood oxygen — which interests this particular anesthesiologist more than playing golf in California. His work has attracted widespread attention. National Geographic even fitted Ponganis' penguins with critter cams much like those worn by the University of Georgia mascot, Uga, during Bulldog football games. The penguins are more active than Uga, though, and just as cute.

Funds for Ponganis' research come largely through the National Science Foundation, as does most of the money for the 150-odd other American science projects here. On average, the NSF spends in excess of $200 million each year to "occupy" the continent for American science, which is a bargain compared to what we're spending to try to occupy Iraq. And the penguins seem happy with American rule.

Antarctica today stands as a shining testimony to America's strengths. Our investment in Antarctic science was driven in part by national interest. We won here without firing a shot, and continue to reap benefits from our victory through an increased scientific understanding of the world and its creatures. In the process, we successfully implanted such democratic values here as freedom of inquiry in science.

The scientists seem to like the current regime too. Most are university professors here on research leave or between semesters (as I am). They get copious logistical support, from a fleet of aircraft and snow vehicles for transport to creature comforts that would stun Robert Falcon Scott, Ernest Shackleton and other early Antarctic explorers. First-time researchers are simply amazed by the support; repeaters (and there are many) grow accustomed to it. They inevitably find it easier to do science in Antarctica than virtually anywhere else.

Weather conditions are extreme, to be sure, but the adventuresome mind is attracted to science. Here is the promised land for field-based scientific research, so long as you can find an excuse to do it on the ice. There are no conscripts in America's army of Antarctic scientists and support personnel. We're all volunteers culled from a long waiting list.

All our wars should be fought this way, peacefully through penguins.

Edward J. Larson is Richard B. Russell Professor of History and Law at the University of Georgia. He's the Pulitzer Prize-winning author of Summer of the Gods. 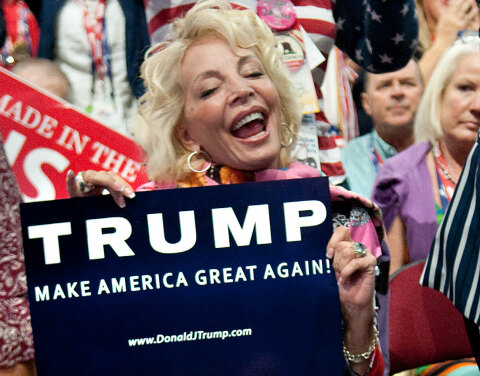