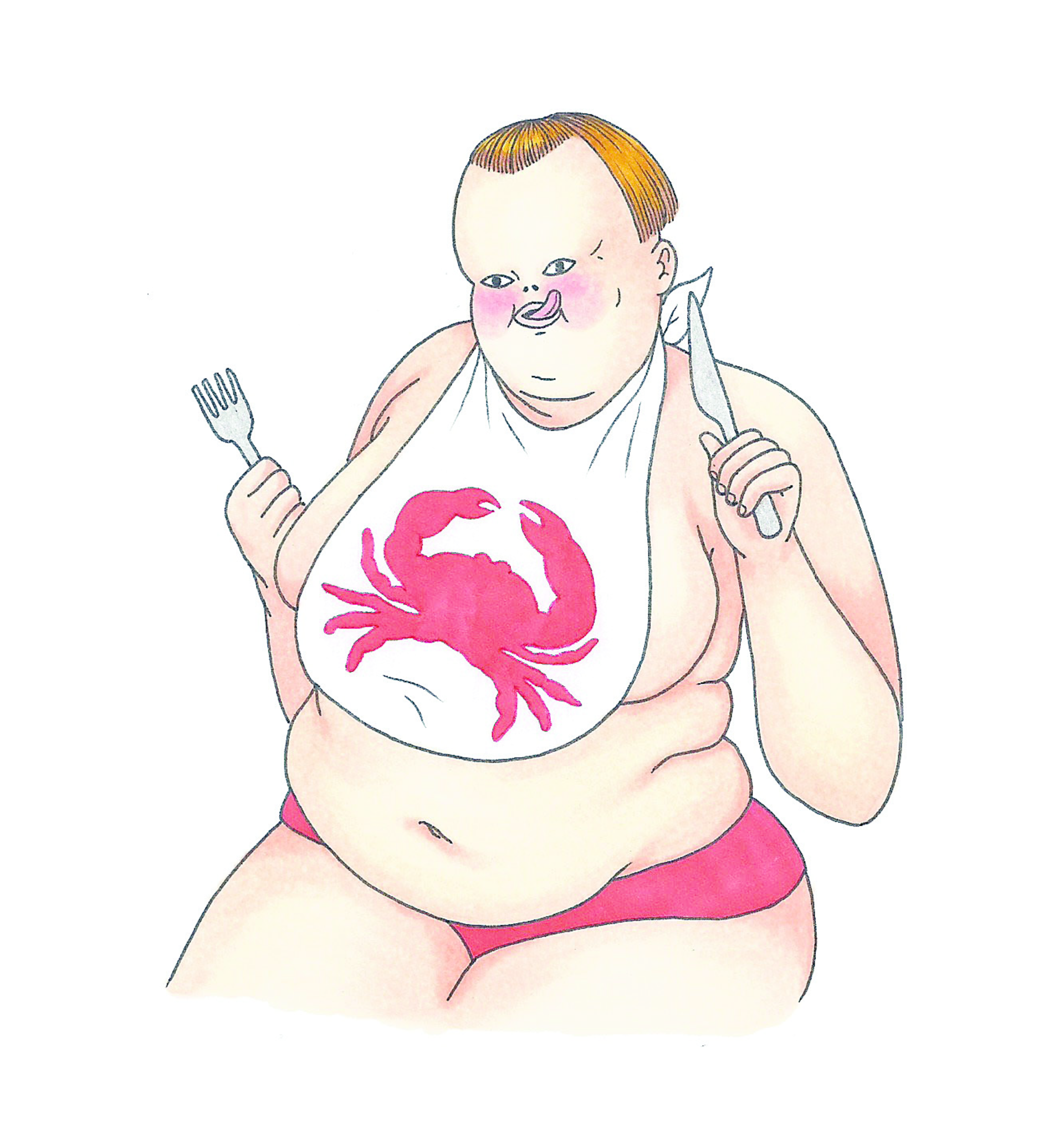 CANCER (June 21-July 22): My meditations have generated six metaphorical scenarios that will symbolize the contours of your life story during the next 15 months: 1. a claustrophobic tunnel that leads to a sparkling spa; 2. a 19th-century Victorian vase filled with 13 fresh wild orchids; 3. an immigrant who, after tenacious effort, receives a green card from her new home country; 4. an eleven-year-old child capably playing a 315-year-old Stradivarius violin; 5. a menopausal empty-nester who falls in love with the work of an ecstatic poet; 6. a humble seeker who works hard to get the help necessary to defeat an old curse.

LEO (July 23-Aug. 22): Joan Wasser is a Leo singer-songwriter who is known by her stage name Joan As Police Woman. In her song "The Magic," she repeats one of the lyric lines fourteen times: "I'm looking for the magic." For two reasons, I propose that we make that your mantra in the coming weeks. First, practical business-as-usual will not provide the uncanny transformative power you need. Nor will rational analysis or habitual formulas. You will have to conjure, dig up, or track down some real magic. My second reason for suggesting "I'm looking for the magic" as your mantra is this: You're not yet ripe enough to secure the magic, but you can become ripe enough by being dogged in your pursuit of it.

VIRGO (Aug. 23-Sept. 22): Renowned martial artist Bruce Lee described the opponent he was most wary of: "I fear not the man who has practiced 10,000 kicks once, but I fear the man who has practiced one kick 10,000 times." In my astrological opinion, you should regard that as one of your keystone principles during the next 12 months. Your power and glory will come from honing one specific skill, not experimenting restlessly with many different skills. And the coming weeks will be en excellent time to set your intention.

LIBRA (Sept. 23-Oct. 22): To celebrate my birthday, I'm taking time off from dreaming up original thoughts and creative spurs. For this horoscope, I'm borrowing some of the BOLD Laws of author Dianna Kokoszka. They are in sweet alignment with your astrological omens for the next 13 months. Take it away, Dianna. 1. Focus on the solution, not the problem. 2. Complaining is a garbage magnet. 3. What you focus on expands. 4. Do what you have always done, and you will get what you have always gotten. 5. Don't compare your insides to other people's outsides. 6. Success is simple, but not easy. 7. Don't listen to your drunk monkey. 8. Clarity is power. 9. Don't mistake movement for achievement. 10. Spontaneity is a conditioned reflex. 11. People will grow into the conversations you create around them. 12. How you participate here is how you participate everywhere. 13. Live your life by design, not by default.

SCORPIO (Oct. 23-Nov. 21): No pressure, no diamond. No grit, no pearl. No cocoon, no butterfly. All these clichés will be featured themes for you during the next 12 months. But I hope you will also come up with fresher ways to think about the power and value that can be generated by tough assignments. If you face your exotic dilemmas and unprecedented riddles armed with nothing more than your culture's platitudes, you won't be able to tap into the untamed creativity necessary to turn problems into opportunities. Here's an example of the kind of original thinking you'll thrive on: The more the growing chamomile plant is trodden upon, the faster it grows.

SAGITTARIUS (Nov. 22-Dec. 21): The royal courts of Renaissance England often employed professional fools whose job it was to speak raw or controversial truths with comedic effect. According to the Royal Shakespeare Company, Queen Elizabeth once castigated her fool for being "insufficiently severe with her." The modern-day ombudsman has some similarities to the fool's function. He or she is hired by an organization to investigate complaints lodged by the public against the organization. Now would be an excellent time for you to have a fool or ombudsman in your own sphere, Sagittarius. You've got a lot of good inklings, but some of them need to be edited, critiqued, or perhaps even satirized.

CAPRICORN (Dec. 22-Jan. 19): Capricorn journalist Katie Couric is a best-selling author who has interviewed five American presidents and had prominent jobs at three major TV networks. What's her secret to success? She has testified that her goal is to be as ingratiating and charming as she can be without causing herself to throw up. I don't often recommend this strategy for you, but I do now. The coming weeks will be prime time for you to expand your web of connections and energize your relationships with existing allies by being almost too nice. To get what you want, use politeness as your secret weapon.

AQUARIUS (Jan. 20-Feb. 18): "The water cannot talk without the rocks," says aphorist James Richardson. Does that sound like a metaphor you'd like to celebrate in the coming weeks? I hope so. From what I can tell, you will be like a clean, clear stream rippling over a rocky patch of river bed. The not-really-all-that-bad news is that your flow may feel erratic and jerky. The really good news is that you will be inspired to speak freely, articulately, and with creative zing.

PISCES (Feb. 19-March 20): Every now and then you may benefit from being a bit juvenile, even childlike. You can release your dormant creativity by losing your adult composure and indulging in free-form play. In my astrological opinion, this is one of those phases for you. It's high time to lose your cool in the best possible ways. You have a duty to explore the frontiers of spontaneity and indulge in I-don't-give-a-cluck exuberance. For the sake of your peace-of-soul and your physical health, you need to wriggle free of at least some of your grown-up responsibilities so you can romp and cavort and frolic.

ARIES (March 21-April 19): "The past lives on in art and memory," writes author Margaret Drabble, "but it is not static: it shifts and changes as the present throws its shadow backwards." That's a fertile thought for you to meditate on during the coming weeks, Aries. Why? Because your history will be in a state of dramatic fermentation. The old days and the old ways will be mutating every which way. I hope you will be motivated, as a result, to rework the story of your life with flair and verve.

TAURUS (April 20-May 20): "Critics of text-messaging are wrong to think it's a regressive form of communication," writes poet Lily Akerman. "It demands so much concision, subtlety, psychological art — in fact, it's more like pulling puppet strings than writing." I bring this thought to your attention, Taurus, because in my opinion the coming weeks will be an excellent time for you to apply the metaphor of text-messaging to pretty much everything you do. You will create interesting ripples of success as you practice the crafts of concision, subtlety, and psychological art.

GEMINI (May 21-June 20): During my careers as a writer and musician, many "experts" have advised me not to be so damn faithful to my muse. Having artistic integrity is a foolish indulgence that would ensure my eternal poverty, they have warned. If I want to be successful, I've got to sell out; I must water down my unique message and pay homage to the generic formulas favored by celebrity artists. Luckily for me, I have ignored the experts. As a result, my soul has thrived and I eventually earned enough money from my art to avoid starvation. But does my path apply to you? Maybe; maybe not. What if, in your case, it would be better to sell out a little and be, say, just 75 percent faithful to your muse? The next 12 months will be an excellent time for you to figure this out once and for all.