Time and Place: Writing's on the wall

A mural captures a city's feeling 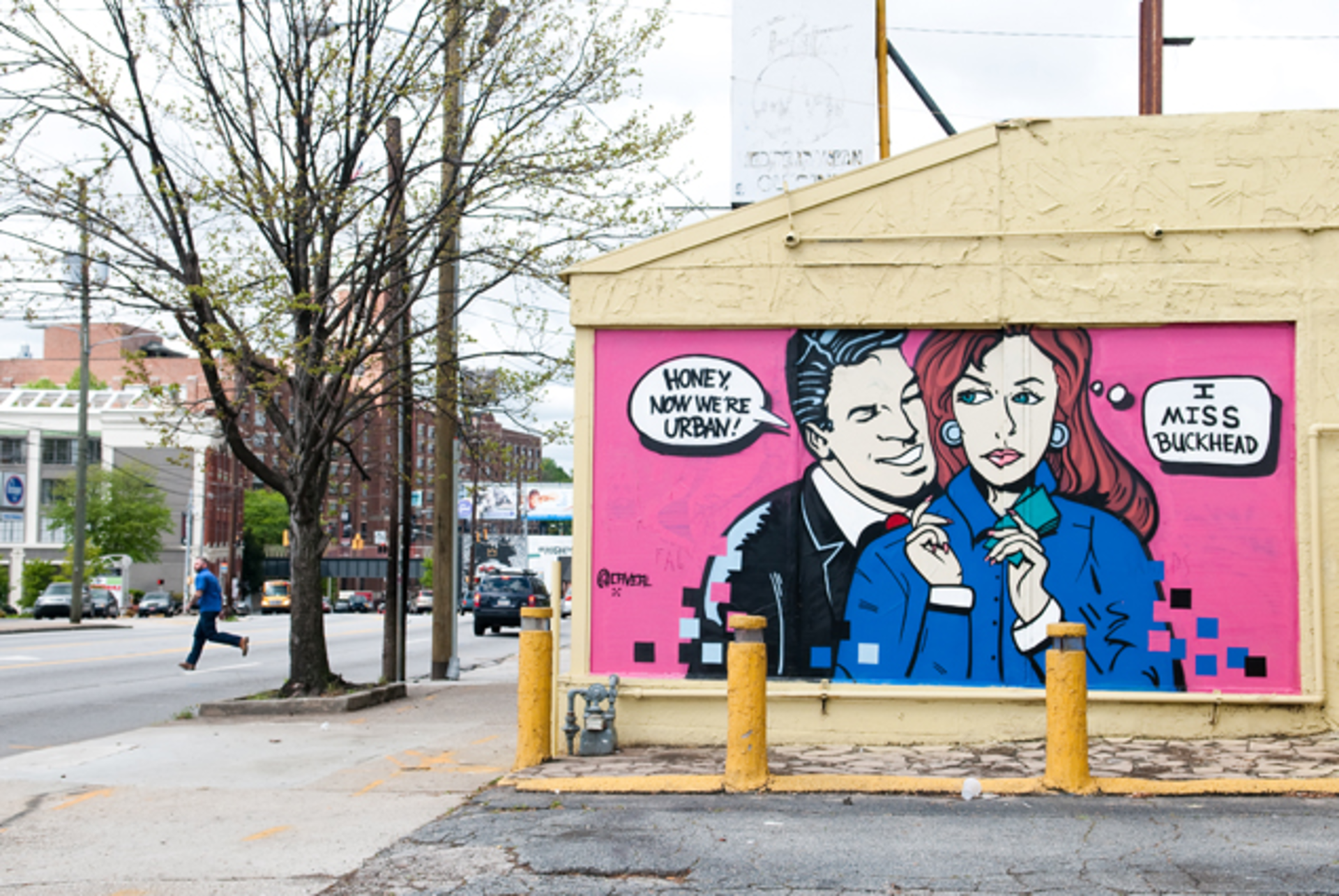 For this week’s Time and Place photo I parked in The Local parking lot and sat in my car waiting to capture some sort of image that would be more than just a picture of a mural. Creative Loafing resident scholar Thomas Wheatley had shown me a picture of this art — he first discovered via /r/atlanta — and encouraged me to check it out. I was on deadline and only had a few minutes to work with when I pulled in. Out of nowhere a guy burst across the street and I snapped a few frames. For me, it represents the idea of a guy running away from what I think this mural on the side of what was formerly Marco’s Pita seems to be about. To clarify the artist’s intentions I reached out to Chris Veal, the creator of the mural.

What was your inspiration for the mural?
Just the changing faces in the area I'm in, people's stories, and things I see around me. People moving in town then calling in noise complaints about MJQ. Seeing people leaving Ponce City Market  then get upset they have to walk by the day laborers on Ponce. Stuff like that.

Are you from Atlanta?
I was born in Milledgeville, Georgia, but moved to the Old Fourth Ward/Downtown area about 17 years ago.

What were you thinking when you made the mural?
I don't really think too much while I'm painting normally. I ran out of paint a few times so on the walks to Home Depot I was trying to figure out what to have them saying. What people would get a kick out of with out being too over the line for the business that will be going into the building soon.

How have people responded to the mural?
The response has been crazy. Phone is flooded with messages and calls. My favorite responses by far though came when I was just finishing the wall. Right as I finished the text, someone drove by with their windows down laughing. At the same time a homeless guy walked by laughing and told me how much he liked it. Being a freelance artist, I don't get to do much art I want to do. So when I do get the chance and people enjoy the work it feels great.

How do you think Atlanta is changing? Do you think it is changing for the better?
Change is going to happen no matter what... I just wish it was a bit more balanced... Landmarks are getting torn down for condos left and right. A lot of people are upset about losing these places. A lot of new cool places are opening, too, like Bantam Pub, which is great. But we are losing a lot of good history which really added to the charm of the area for many people.

Chris is an Atlanta based artist.
—Read Article
Departments