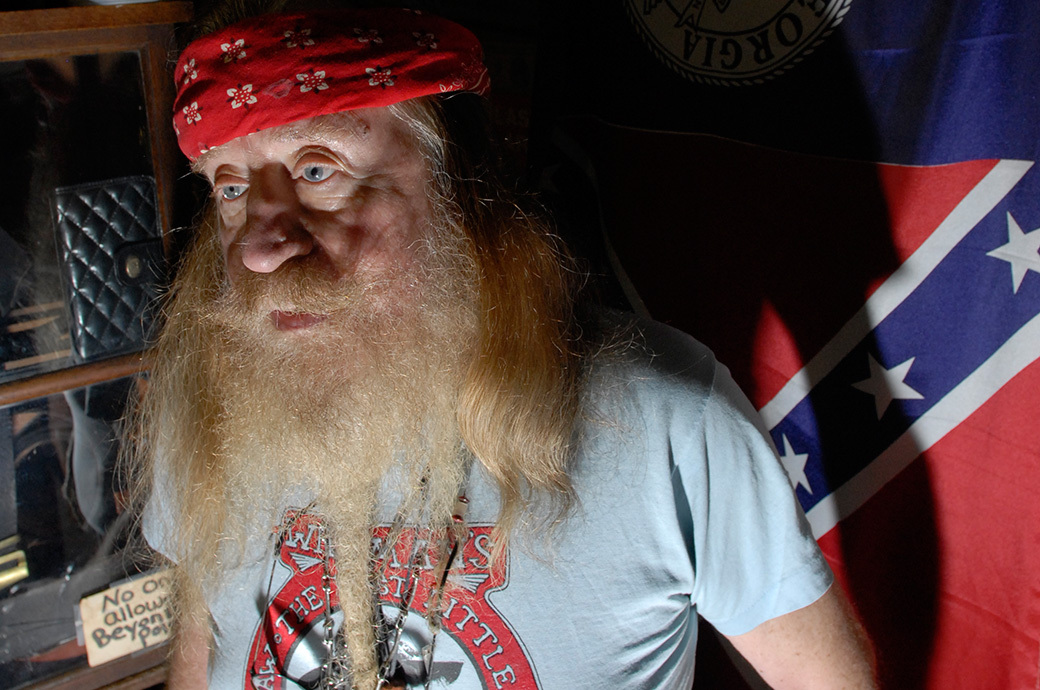 Dent Myers is the proprietor of Wildman's Civil War Surplus and Herb Shop, a store in Kennesaw selling Civil War, KKK and Nazi memorabilia. He is famous for his beard, his friendly demeanor, his love of guns and his racism.

How long have you lived in Kennesaw?

I was here when Kennesaw was still a real town. Used to be a town with a history. Then all these people came. You know, with more people there's more crime. Kennesaw is like North Atlanta.

Has your store ever been robbed?

Oh, no. Do you see any blood anywhere?

Do you have regular customers?

Some. A lot of people come here from overseas. They know about the store more than people here.

How did you get the idea to open Wildman's?

I was into metal detecting and I had a few guns. I opened the store with a few hundred dollars.

Are the guns you carry loaded?

I wouldn't carry them if they weren't loaded. If you have a saw, you keep the blade sharp, if you're going to use it.

Have you ever had to use them?

No, it's just security. People won't try to mess with you if they think you can protect yourself. Unless they're on drugs or something. [[[He goes into an impression of someone on drugs, tugging on his mustache and waving his hands.] Like, "Hey, man"

I saw the "No dogs, negroes or Mexicans" sign. Is that enforced?

That's really old. A friend gave it to me. Anyone's welcome in here, as long as they're not causing trouble. I mean, you can see the pictures there. [[[He gestures toward a bulletin board full of photographs of smiling black customers.]

How do you respond when people call you racist?

I like it. It's my name. My full name is Racist Bigot Honky Redneck.

Do people ever come in to complain or protest? Or just to insult you?

No, not in here. That wouldn't be a smart thing to do. They just don't like me.

Do you have children?

No, I know what you gotta do to get them. It's just me since my dog died a few years back. I'm always either here or home.

I understand you're friends with [[[Led Zeppelin guitarist] Jimmy Page.

Well, he spent a weekend with me once. [[[Indicating a picture taped by the register] That's him there, with my girlfriend at the time.

I think that's about all I have for ya.

I wanna just — [[[[[[[Myers pulls out a magazine article about the store titled, "Little Shop of Horrors."]

That's Morris Dees' paper. You know who Morris Dees is? Southern Poverty Unit? He's a Jew boy that hates the Klan and skinheads and white people. But see what he called it? That's good. I couldn't buy that much publicity. I can't hide, that's for sure. 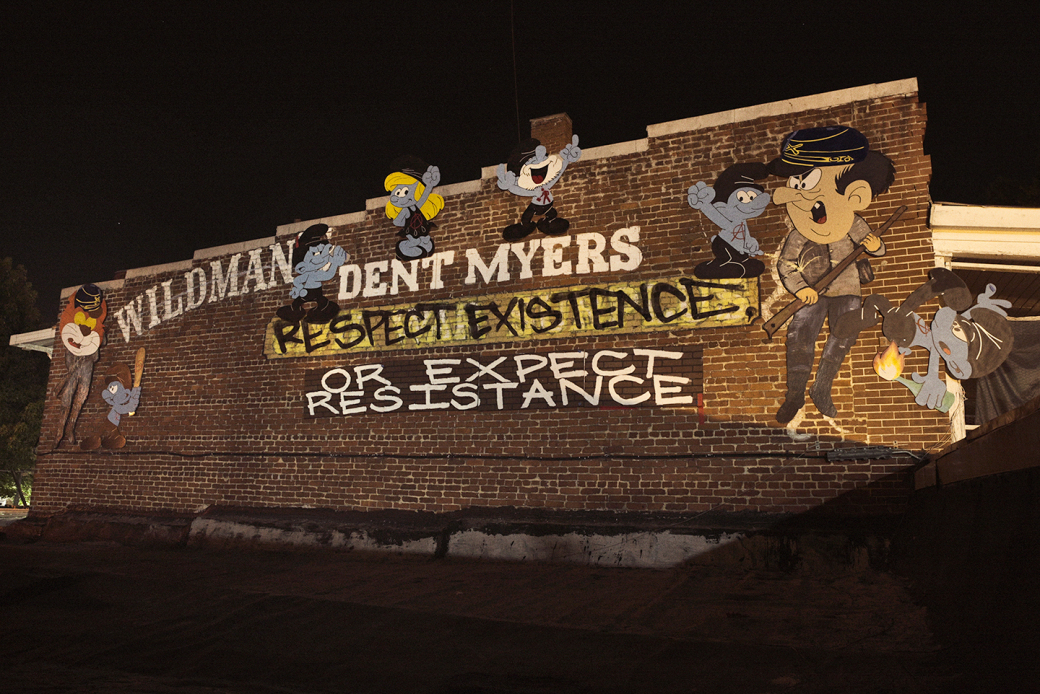