David Koechner on 'Anchorman 2,' Atlanta, and going to The Clermont for the first time

A CL Interview with David Koechner 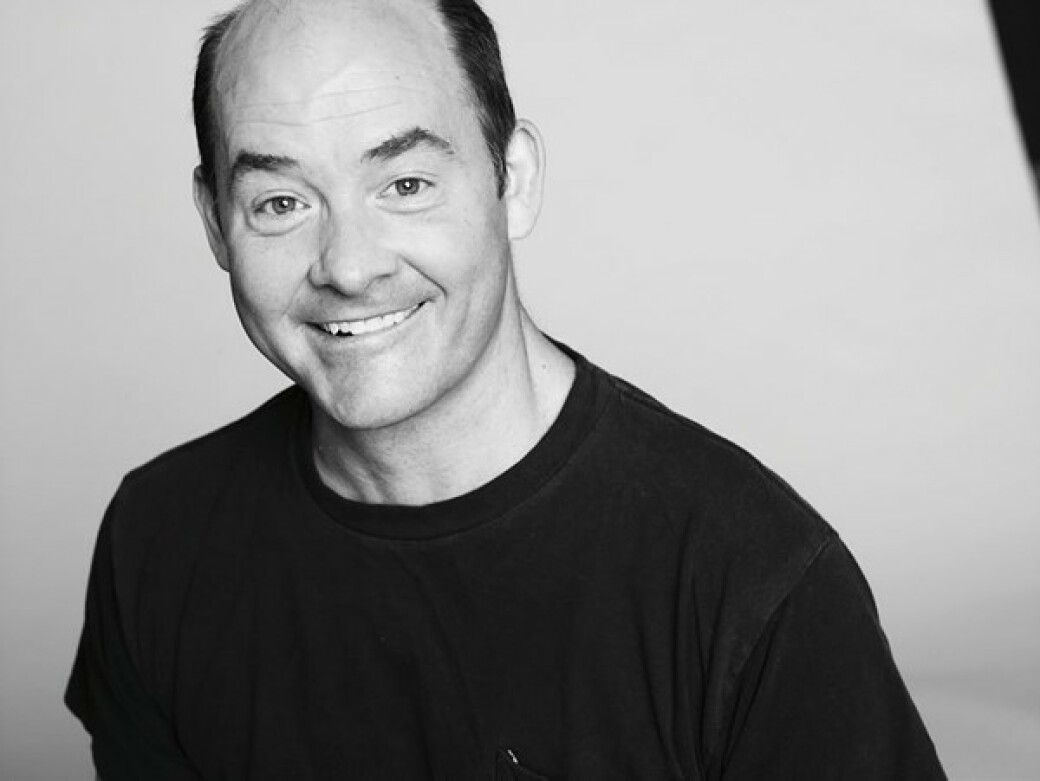 The most surprising thing about David Koechner's career is that more people still don't know his name. Koechner has turned up on many of our favorite shows, including a recurring spot as Todd Packer on The Office, and favorite movies - by which I mean, of course, Anchorman: The Legend of Ron Burgundy.

Koechner will reprise his role as hyperchauvinistic sportscaster Champ Kind - along with co-stars Will Ferrell, Steve Carell, and Paul Rudd - with this fall's sequel, Anchorman 2: The Legend Continues, which filmed for three months in the city this spring. Meanwhile, he's busy with a Youtube channel ("Full On Koechner"); and he'll return to town this Friday and Saturday for five shows at The Punchline.

I spoke with Koechner about his comedy, his time down South, and being confused for Rob Corddry.

It feels to me like you've had a pretty high-profile 2013.
Oh yeah, it's been a great year. Ever year is pretty good but this is an especially great one because we just filmed Anchorman 2, as you know. I shot a pilot in June, still waiting to hear if that's going to be picked up to series. And then what else? Busy in July because I took two family vacations.

Had you been down to Atlanta before this spring?
I was there in 1980, when I was 17. My dad went to a poultry convention. He manufactured turkey coops, which is transportation for live turkeys, and so I went with him on that. I think we stayed in the Peachtree Plaza, which I'm not sure exists any more, does it?

It does, yeah.
I remember it was a big deal then, it had just opened up or something like that. I did stand-up in Atlanta, out in the suburbs, two years ago. So I know a few places - the Vortex - so I have a limited knowledge of the area. I was there, let's see... 2000, either in '99 or '00, I shot a movie, Run Ronnie Run, with David Cross. We hung out back then. What's the strip club everyone has to go to?

The Clermont?
The Clermont, yes, we went there. And I was so impressed, I didn't have to go back again.

Coming back this time obviously was different, because you're reuniting with everyone from Anchorman. It seemed like shooting it was like a party that kept getting bigger, more and more people showing up. What did it feel like, being on the inside?
Well one thing is it's exciting because we got to do it again. You know how much interest there was from the public, so that really was very cool. It was a bigger production this time, but it was just great to get together with everybody and play because it's a different level of play for this particular group of people. I don't know why, but it's just so special. So that was fun. And like you said, too, every day there was someone new, it seemed like, who dropped in and played, so that made it even more fun.

Were you ever surprised at any point by the story or jokes?
Yeah, this one gag in particular that's a very big piece physical comedy that I thought was just really remarkable. It made the film, so you'll see what I'm talking about. A lot of new, inventive stuff. It's just as crazy as the first one and I think it's funnier. I think that's what people are expecting. No one is going to be disappointed.

Where did you guys hang out off-set? I know Judd Apatow liked South City Kitchen.
A lot of times you work late, you just go to bed. We would hang out at the Loew's bar, because that's where we were all staying. So more often than not, that's where you'd find us. They have a great burger there, too. South City Kitchen and then the pizza joint?

Antico's?
Antico's, yeah. That one. James Marsden, on his days off he'd always go find a new restaurant and then we'd always wind up going wherever he suggested. I always suggested that he do his own travel magazine - James Marsden's Atlanta.

You came at the best and worst part of the year, too. How'd the weather treat you?
We were lucky, man. We were out of there before it got hot. I will say, one day we filmed in a cemetery and it was cold. It was 32 degrees and we couldn't wear our coats. That was a tough one. The pollen wasn't that bad. I didn't have any bad sneezing fits.

You survived two of our natural enemies.
Yeah, we didn't have to take everything Atlanta had to throw at us, but had a few tough days.

Can you walk me through a typical David Koechner stand-up show.
That's a tough question to answer. I do have my own style. It's probably more storytelling and then I pepper in jokes and characters. It's tough. When you think about any stand-up, how do you describe what it is they do? Well most people go, "I don't know, he's just funny." I do have a wife and five kids, so that certainly informs my work. And I also do a bunch of different characters. If something strikes my fancy or something seems to be tickling the audience in a particular way, I'll just follow whatever's happening in the moment.

With some big years back-to-back-to-back, do more people know your name?
I've been very fortunate. I've been blessed with a great career and some visibility. The thing I battle with the most is that people don't know my last name. I'm still "that guy." They'll call me "Packer" or "Champ" because my last name is a bit difficult to pronounce, so I think people give up and go, like, "him." And for whatever reason, they confuse me with Rob Corddry all of the time. Someone came up to me in the airport the other day and said he loved me in Anchorman and Warm Bodies. I said, "Well, I'm in one of them."