What does Sweetwater 420 Fest's move to Downtown mean for Candler Park? 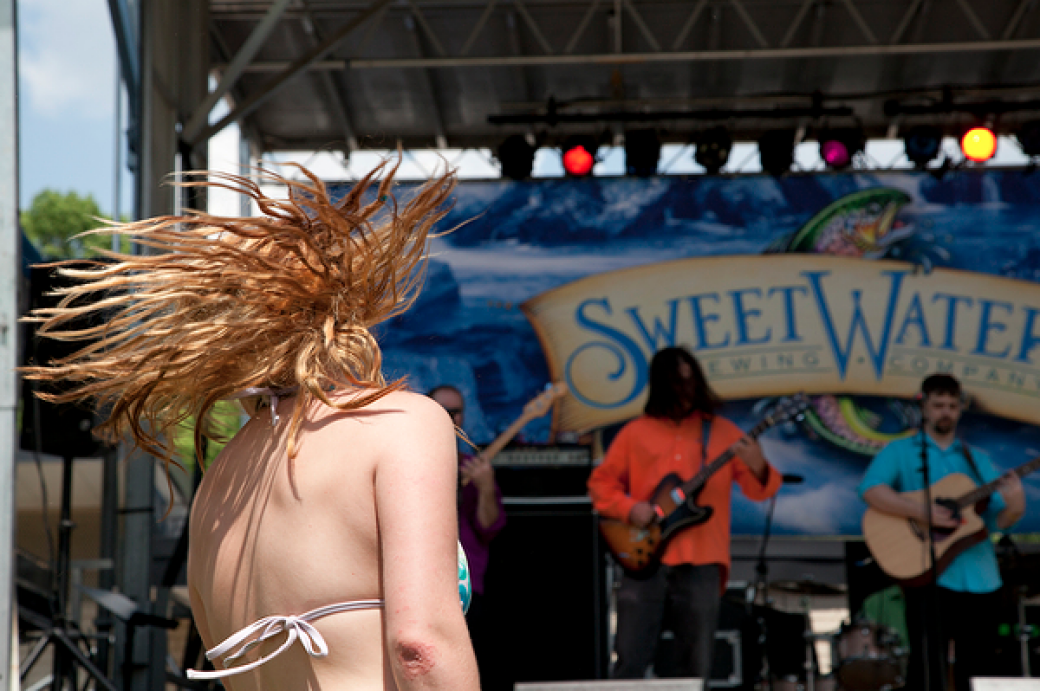 After nearly a decade of playing host to thousands of boozy merry-goers and jam bands at quaint Candler Park, Sweetwater yesterday announced moving its popular 420 Fest to Centennial Olympic Park in 2014.

It'd be hard to gauge how Candler Park residents feel about the festival's move. Some enjoyed the commotion and crowds that flocked to the park and mellow intown neighborhood. Fans of bands could listen to songs from their porches and host parties. Others had grown weary of the illegally parked cars, loud music, and festivals' impact on the greenspace. But moving the three-day festival will affect the neighborhood. [Disclosure: CL has been a festival sponsor in past years.|Disclosure: CL has been a festival sponsor in past years.]

In a farewell letter to residents, Jennifer Bensch of Happy Ending Productions, the firm that manages the festival, said organizers "wanted to begin looking at look long-term opportunities that could potentially help grow the festival and provide better access for local patrons and those traveling in for the fest."

"We've been able to cultivate this festival over the years and look forward to it evolving even more in the years ahead," she wrote. "After listening to the neighborhood, we know that growing the festival would not be possible if we stayed. This change in location will allow for a bigger footprint with greater transportation access, all right in the heart of downtown Atlanta."

Earlier this year, some neighborhood residents told CL that they felt the laid-back festival, which had grown to accommodate as many as 50,000 people from across metro Atlanta, had become too large for the neighborhood. A few skipped out of town during the festival to avoid the noise and crowds. The debate over 420 Fest - which included, in true Candler Park fashion, a temporary sign protesting the event on one critic's home - was a complicated one that Atlanta's had before: how do you balance the use of public parks while also respecting the surrounding neighborhoods?

In addition to the businesses and restaurants along McLendon Avenue's commercial strip, the Candler Park Neighborhood Organization had benefited from Sweetwater setting up stages, beer trucks, and food stands in the park. For many years, Sweetwater allowed CPNO to use its likeness for a 5K held during the festival. This year, the race generated nearly $20,000. That money helped pay for community improvements and projects.

CPNO President Steve Cardwell told CL last night that it's "sad to see them go in some ways but understand[s] they have goals they want to achieve." He also said that the neighborhood association's board recognized that the growing festival wouldn't last forever in the park. Over the summer, its members started brainstorming other ways to raise revenue to support community projects. One example is partnering with the Horizon Theatre to sell tickets to The Santaland Diaries, the annual yuletide performance of the play adapted from a well-known David Sedaris monologue.

In her email, Bensch noted that Sweetwater is "not abandoning Candler Park." Funds from the most recent festival will still be allocated to projects to help fix up the eponymous greenspace, as the brewer has done in the past. It's working with Park Pride, the Atlanta greenspace advocacy group, to determine the best use of that cash. Sweetwater will continue to sponsor the neighborhood's Fall Fest, a more neighborhood-scale event organized by the CPNO. The 5K, however, will be brought in house and centered around the Downtown site before ending at the park.

"Candler Park was a great home and we want to give back where we can," a Sweetwater spokeswoman told CL last night.