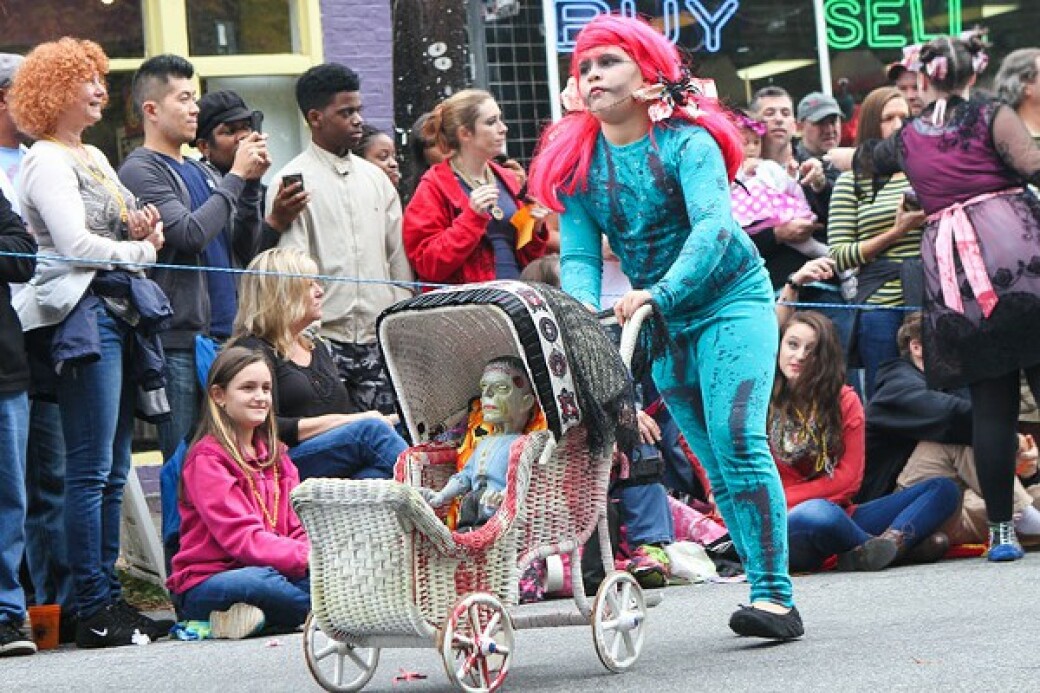 The Little Five Points Halloween Parade invaded Little Five Points on Saturday. Thousands of costumed and non-costumed Atlantans lined the streets of one of the city's most eclectic neighborhoods as an hour-long parade of floats sponsored by local groups, businesses, and people rolled through L5P. 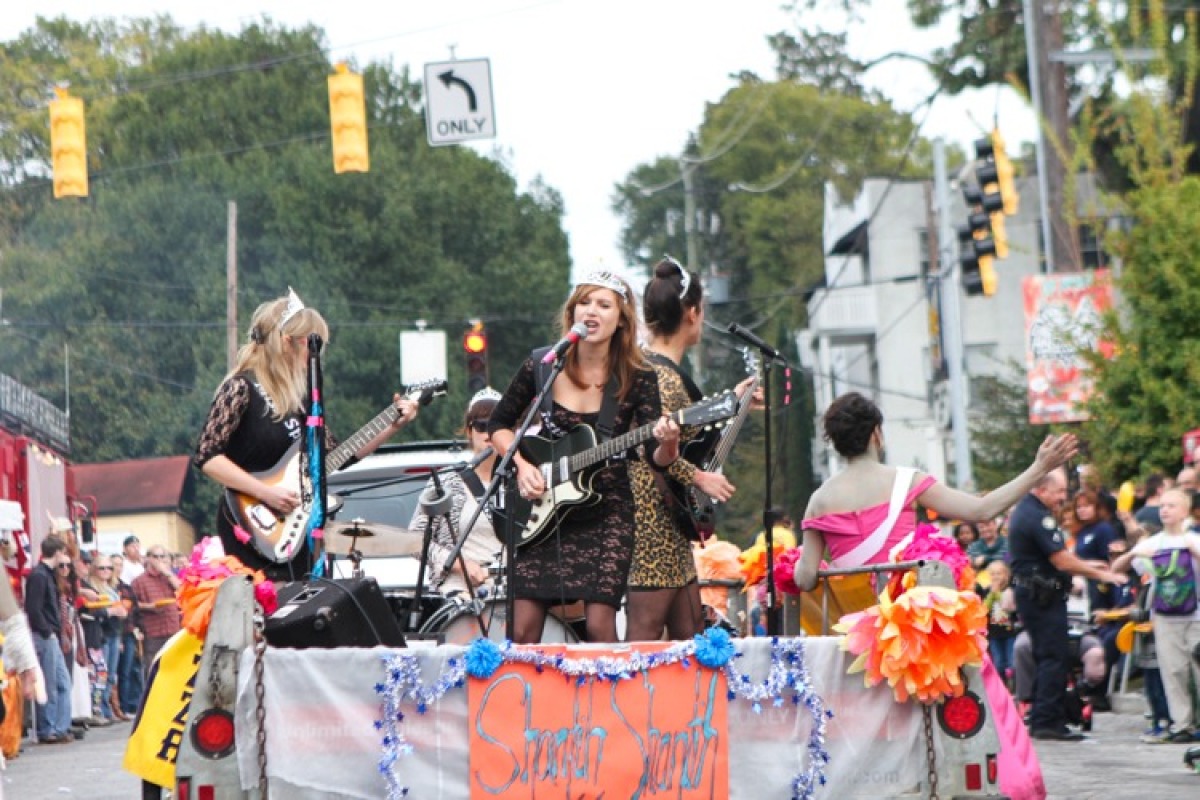 Floats included everything from fun to scary to full-blown concerts as the annual Halloween parade took over Little Five Points. 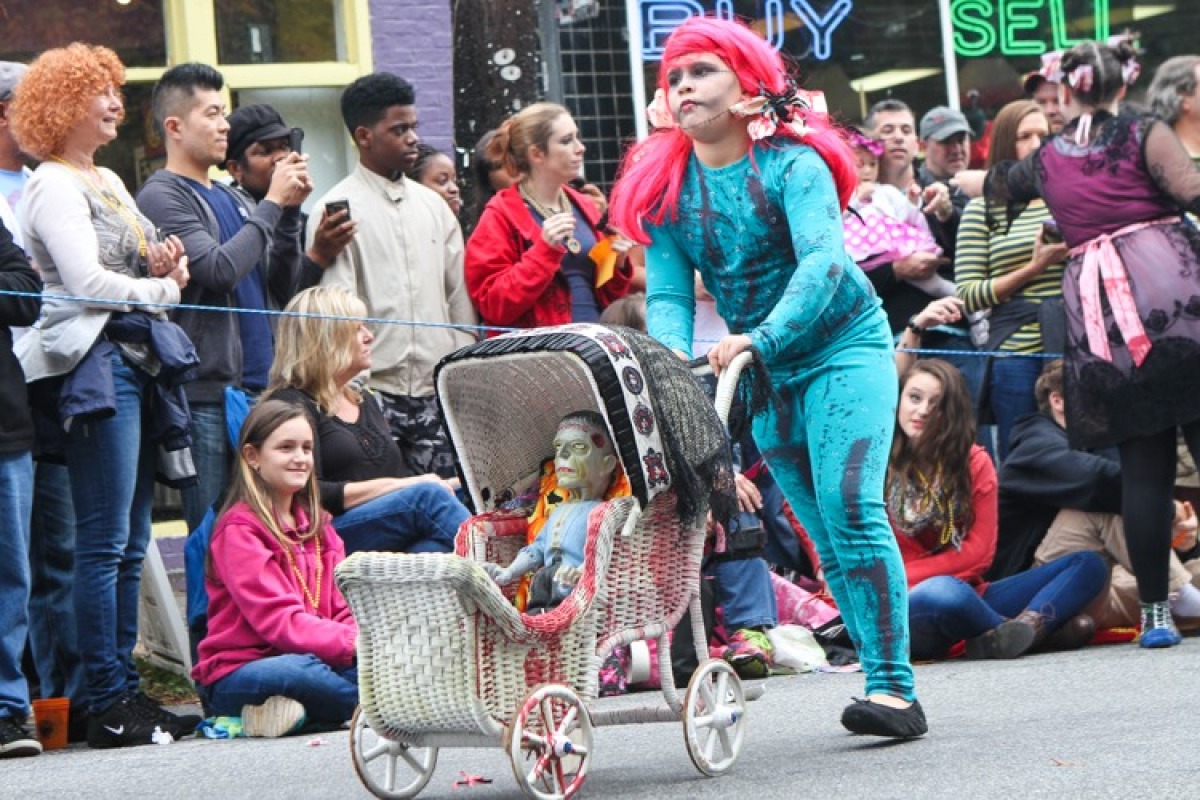 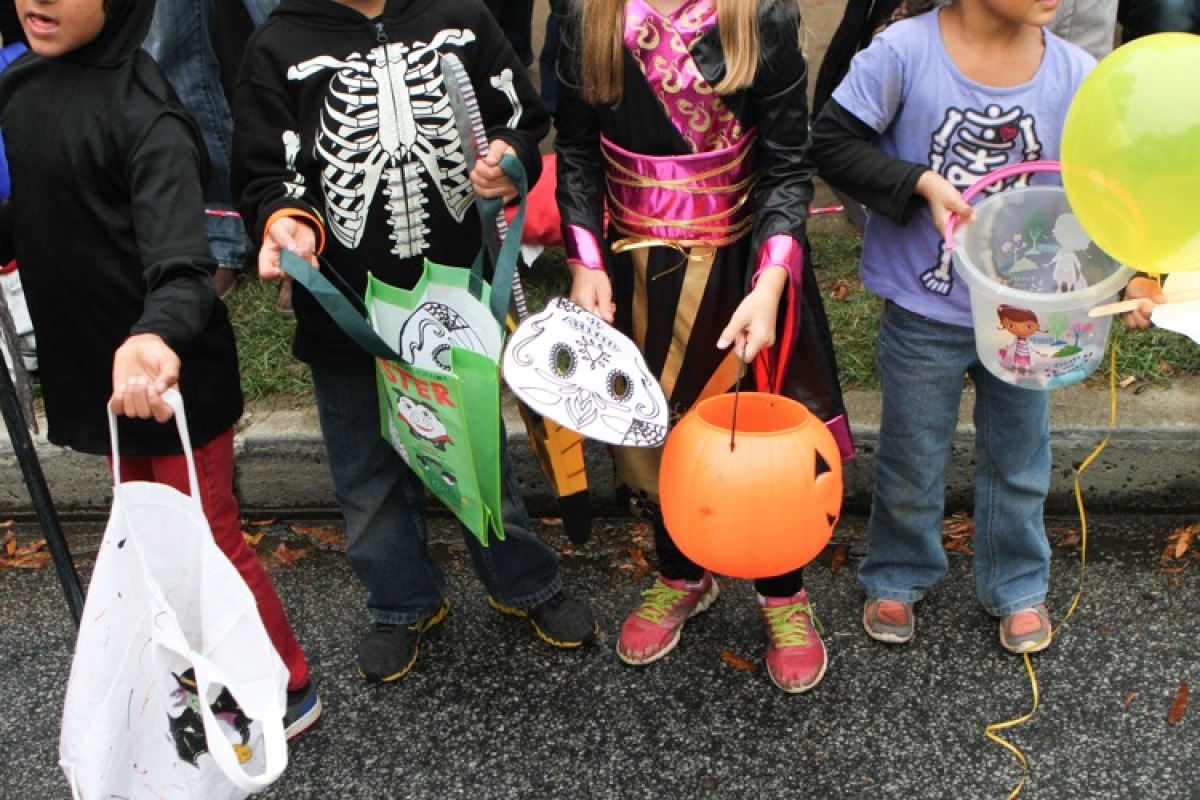 Children lined the streets with all sorts on containers ready to grab any and all candy thrown at them throughout the day. 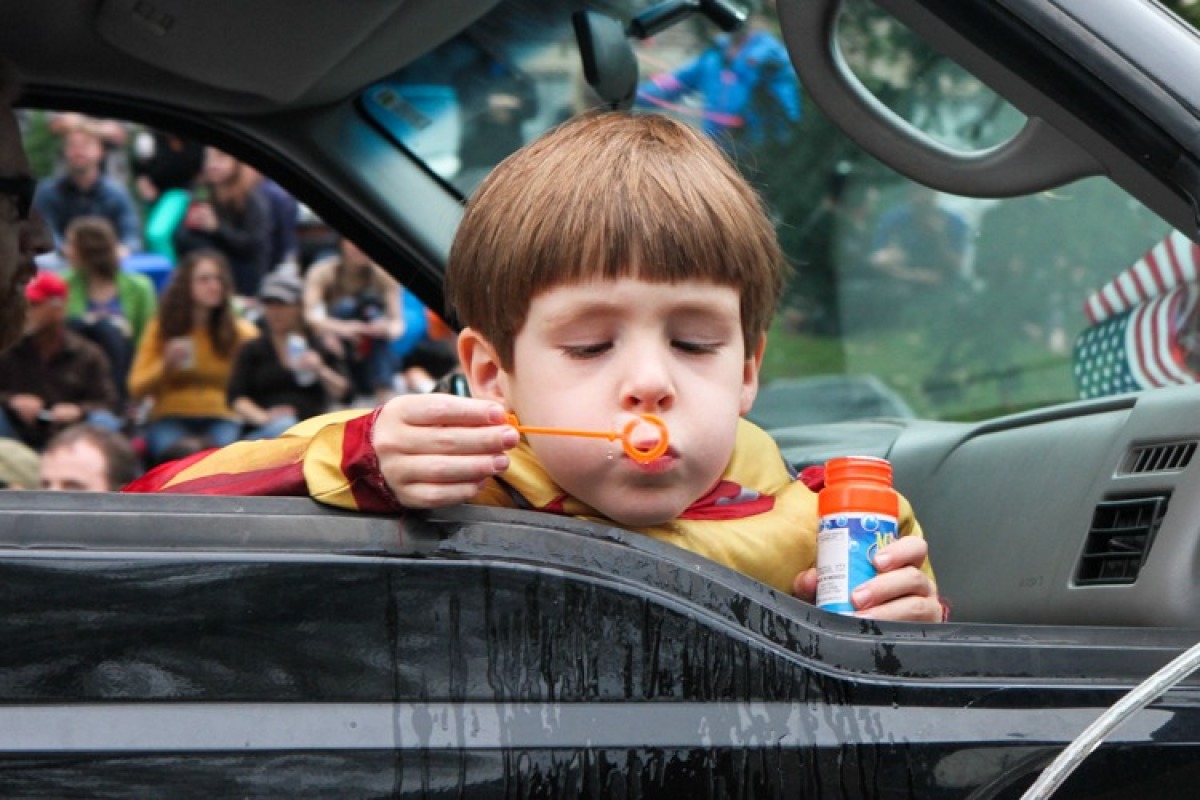 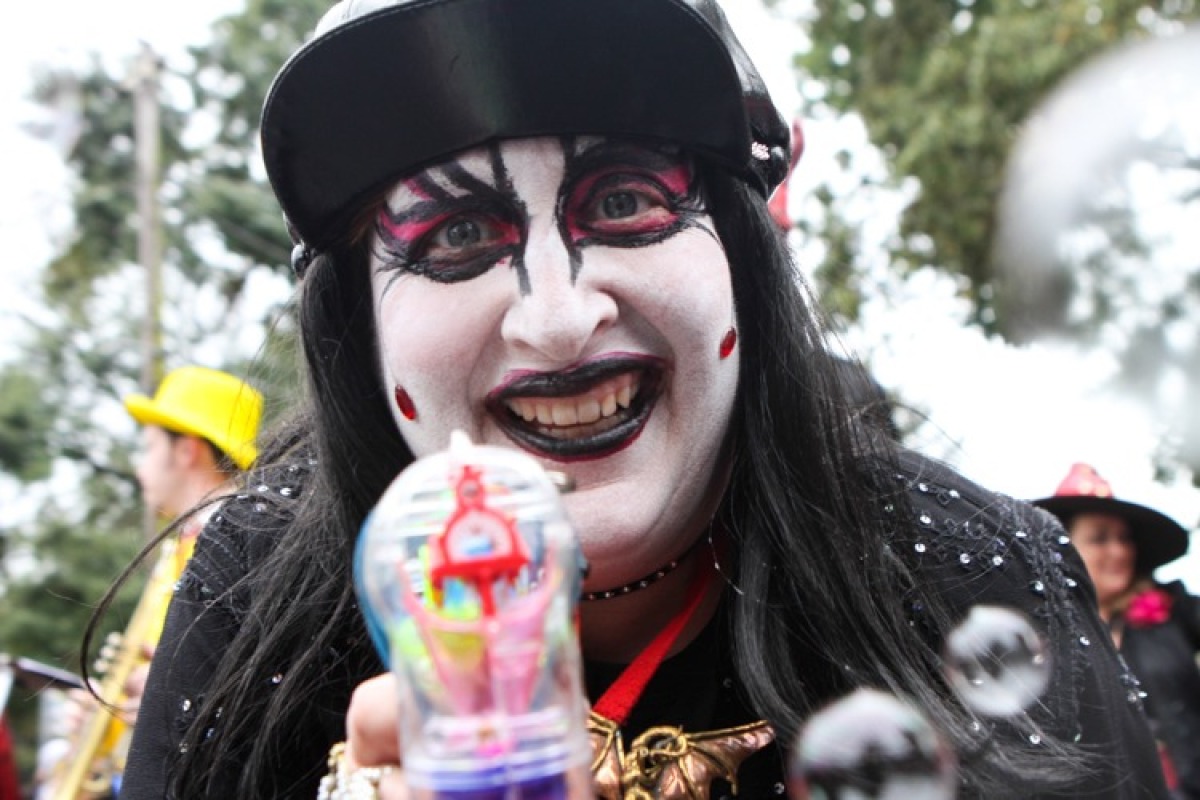 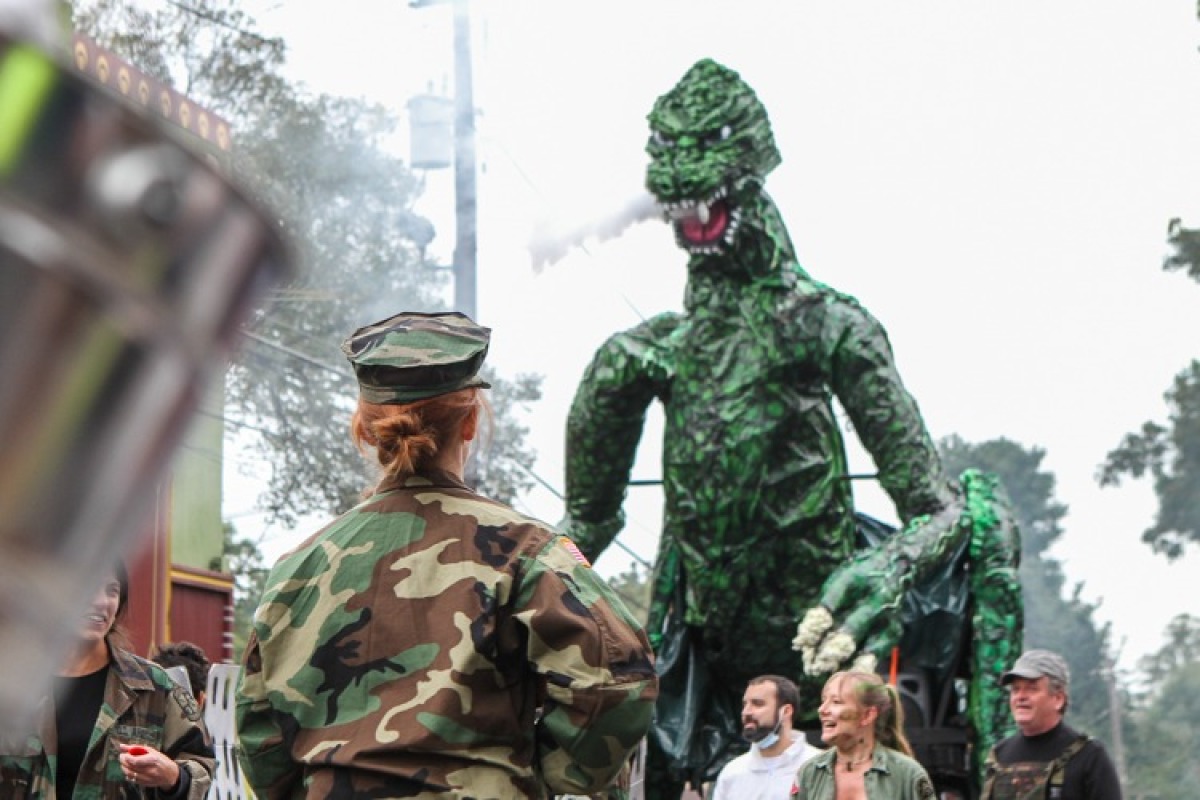 A girl dressed as a soldier looks on while Godzilla from the 7 Stages production 'Hey! Hey! Godzilla!' attacks. 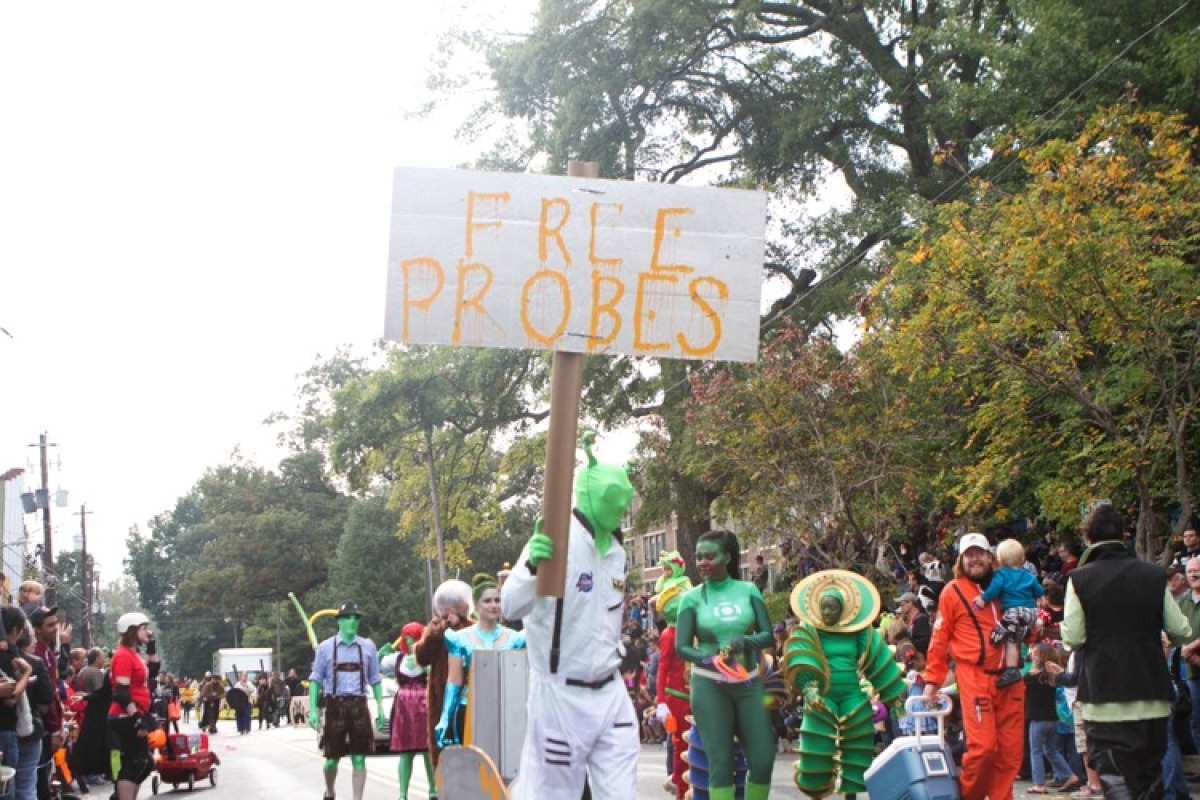 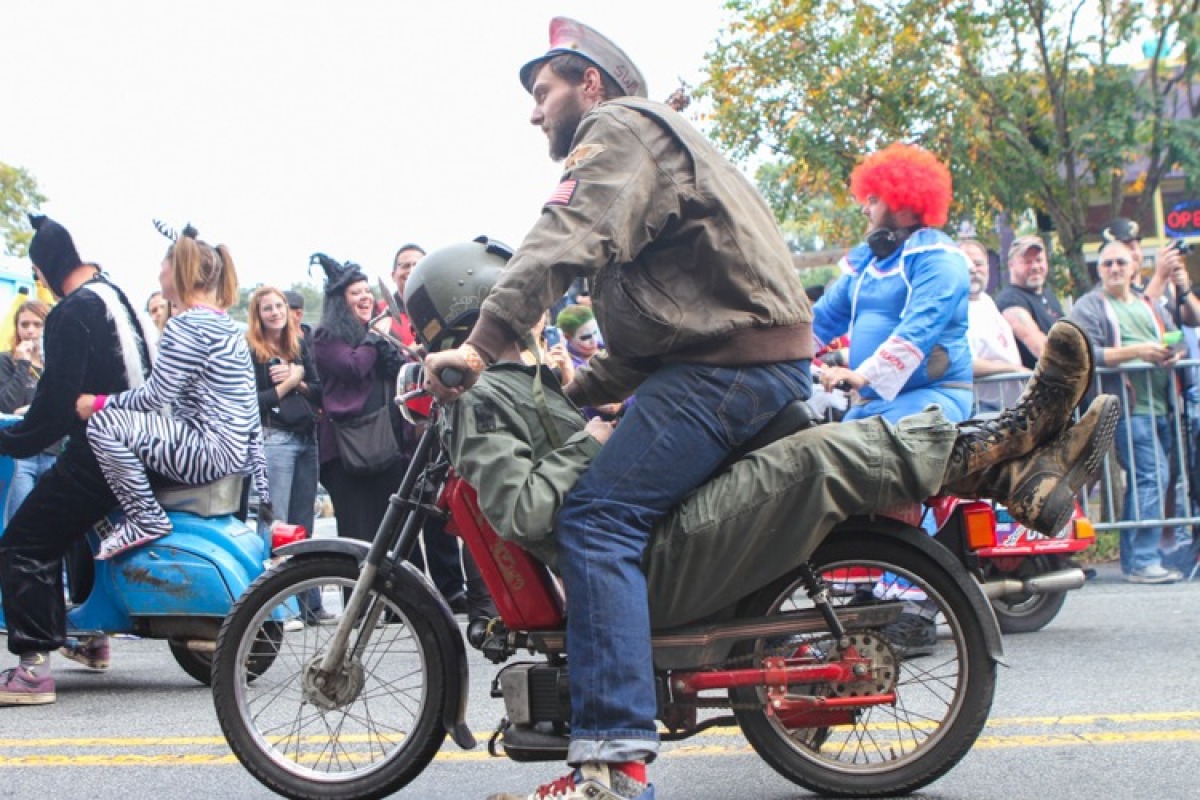 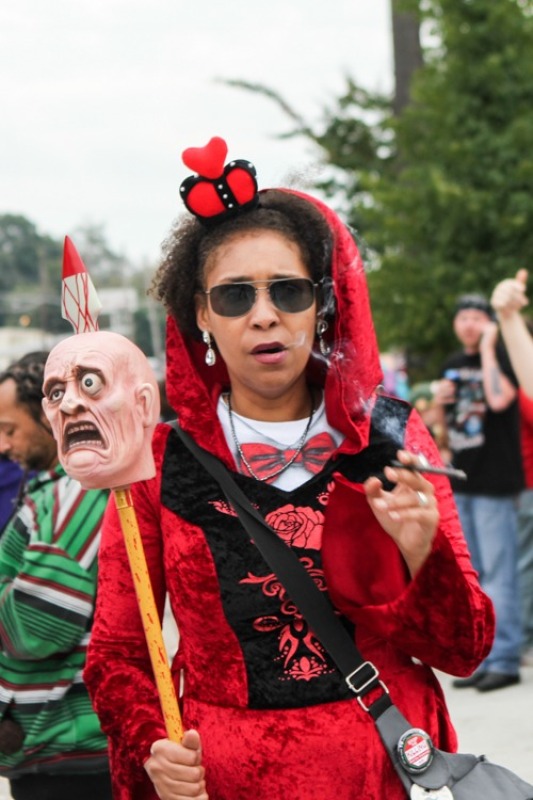 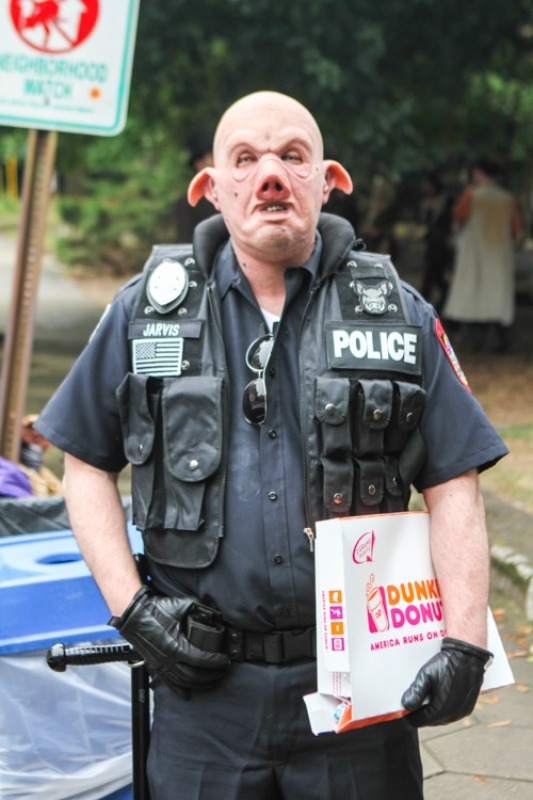 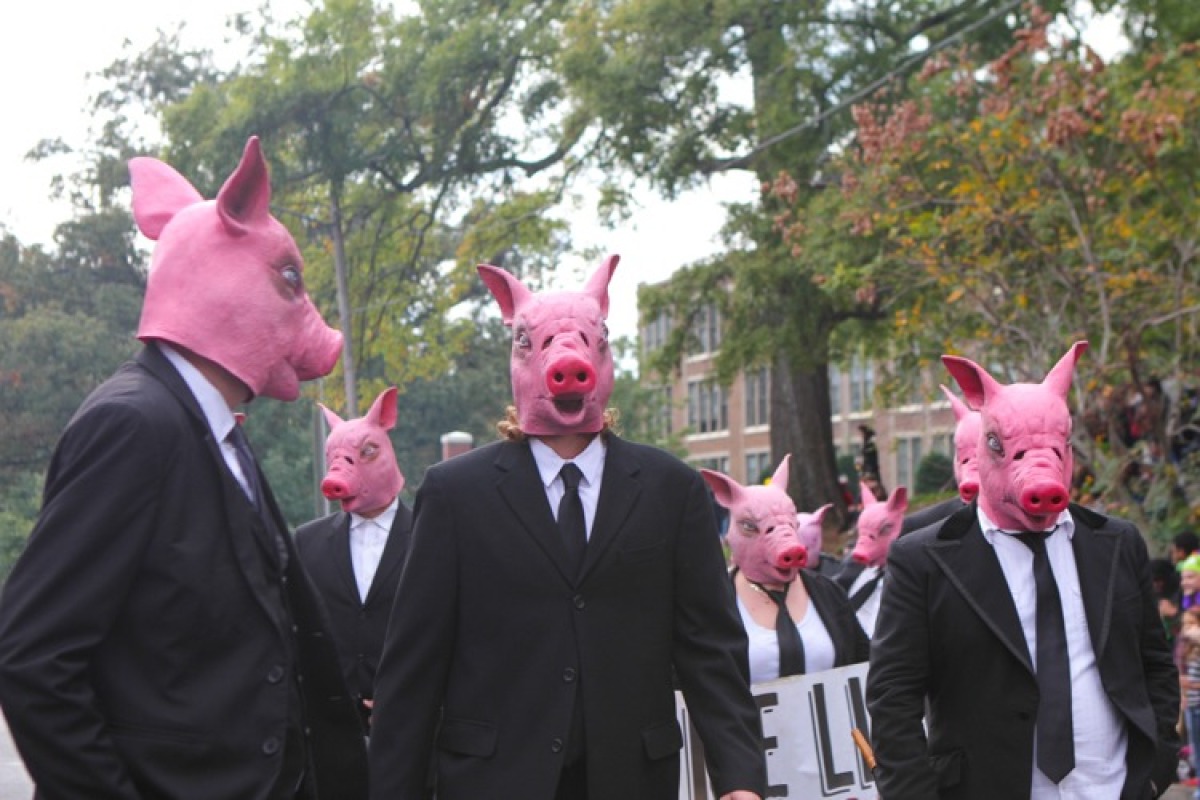 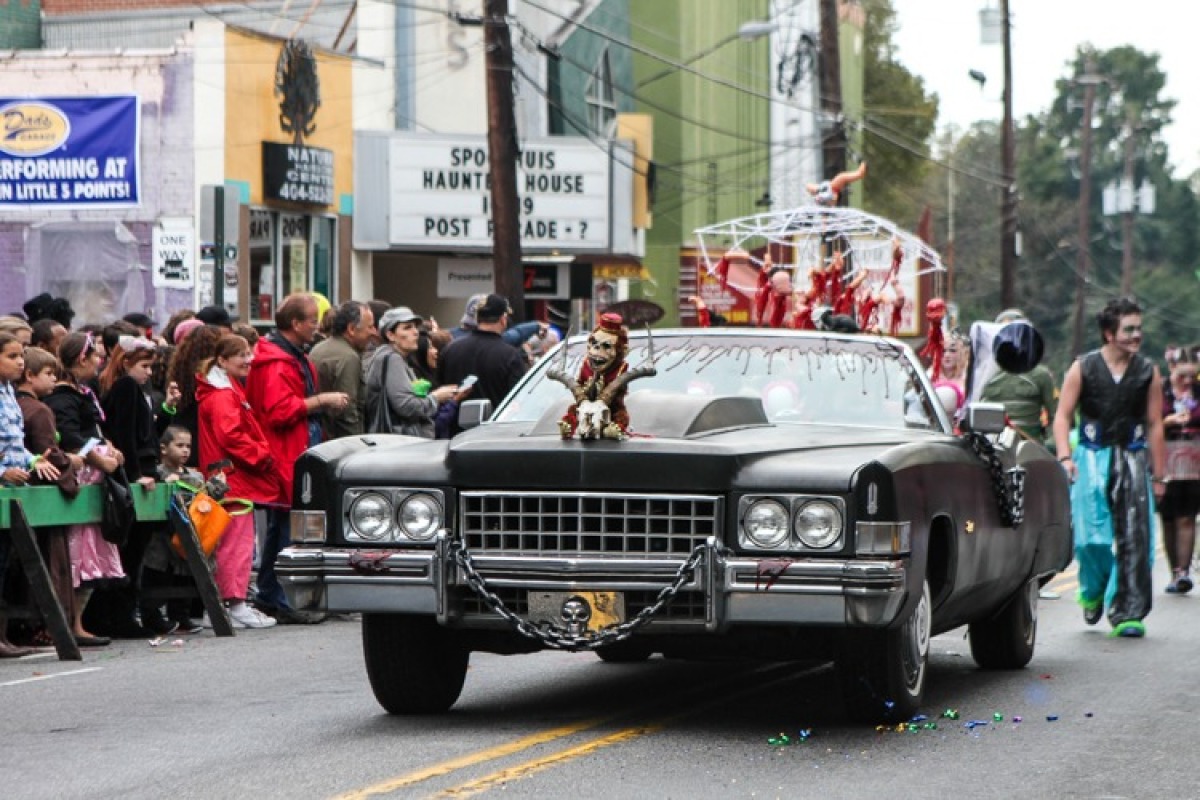 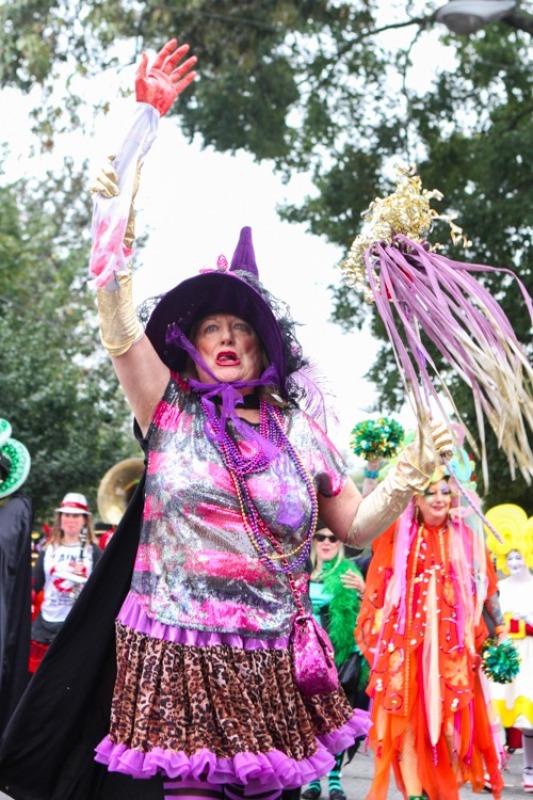 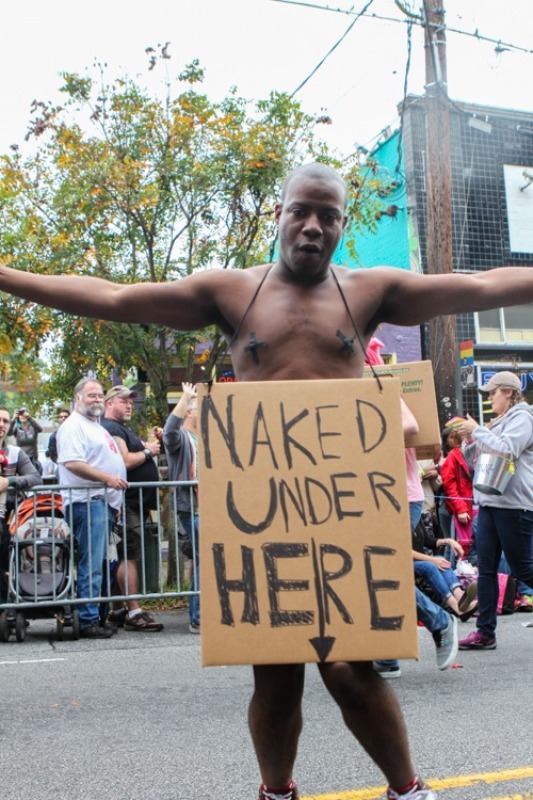 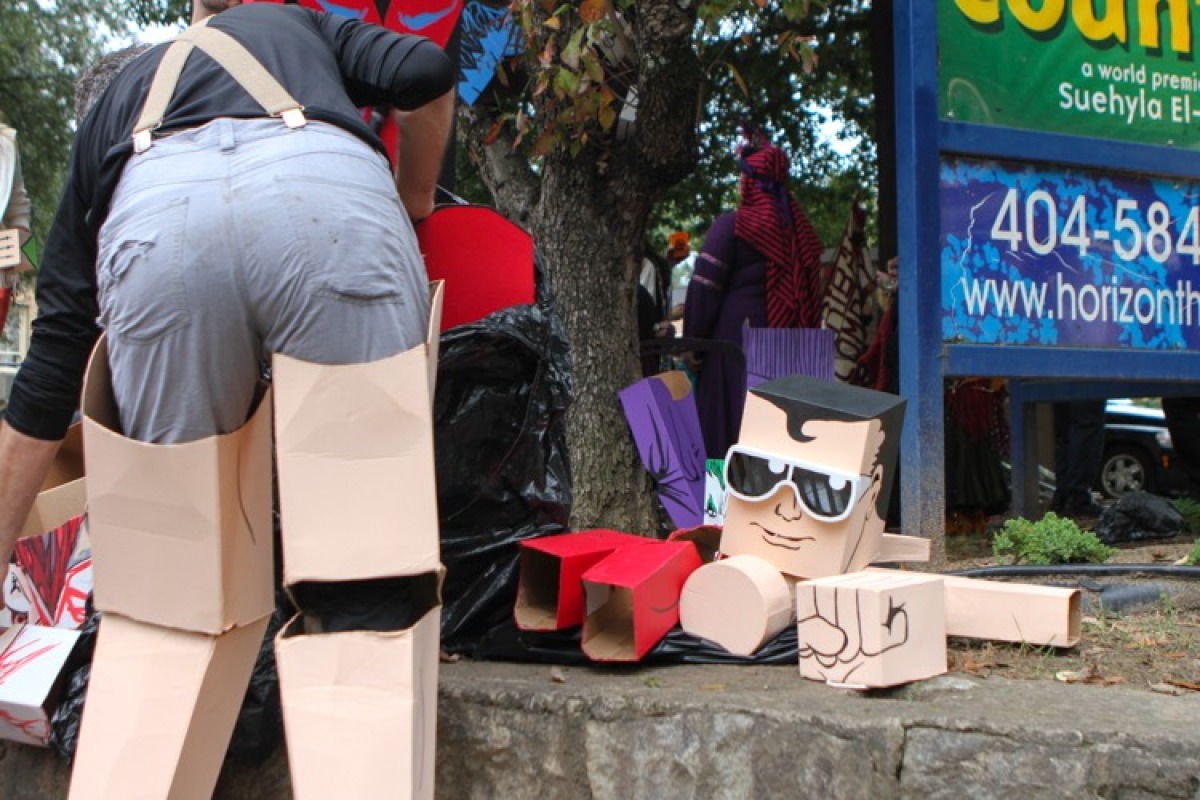