We're finally getting some rainbows in Midtown!


? Since Robert Sepúlveda Jr. embarked on his mission to convince the city to install the rainbow crosswalks at the intersection of 10th Street and Piedmont Avenue in Midtown, he's faced an uphill battle of red-tape, city bureaucracy, and kill-joys who just don't like colorful crosswalks. However, Sepúlveda's efforts, as well as the efforts of everyone at Atlanta Rainbow Crosswalks, are finally paying off.
?
? The non-profit organization has only one more meeting with the city's Urban Design Commission  before the Rainbow Crosswalks project is completely approved. After the crosswalks are completed, the City of Atlanta wants to make them  a permanent part of the city's art collection.
?
? "The 10th St. & Piedmont Ave. intersection has long been the epicenter of the LGBT community in Atlanta," Sepúlveda wrote on the Atlanta Rainbow Crosswalks' Facebook page. "These are not just crosswalks, but a symbol of acceptance, unity and tolerance and reminds us all of how diverse our community is. It’s a very small gesture with a very large effect and is a clear message that the LGBT community is welcome and safe in this city".
?
? In order to expand the potential reach of this project and it's benefits, Atlanta Rainbow Crosswalks is partnering with Joining Hearts. Also, a Kickstarter campaign will be created to help fund the project. So, if you want to ensure that you will be walking on rainbows in the next year (and let's be honest, who doesn't?), make sure to make a donation. 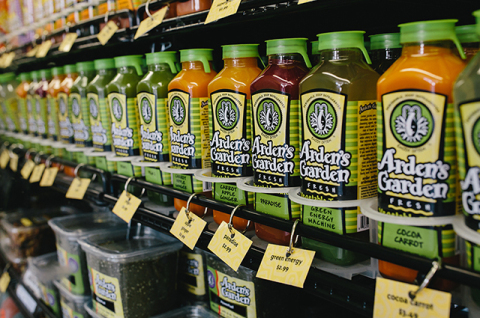 | more...
Search for more by Kayla Lightner
[Admin link: We're finally getting some rainbows in Midtown!]

Spider for We're finally getting some rainbows in Midtown!