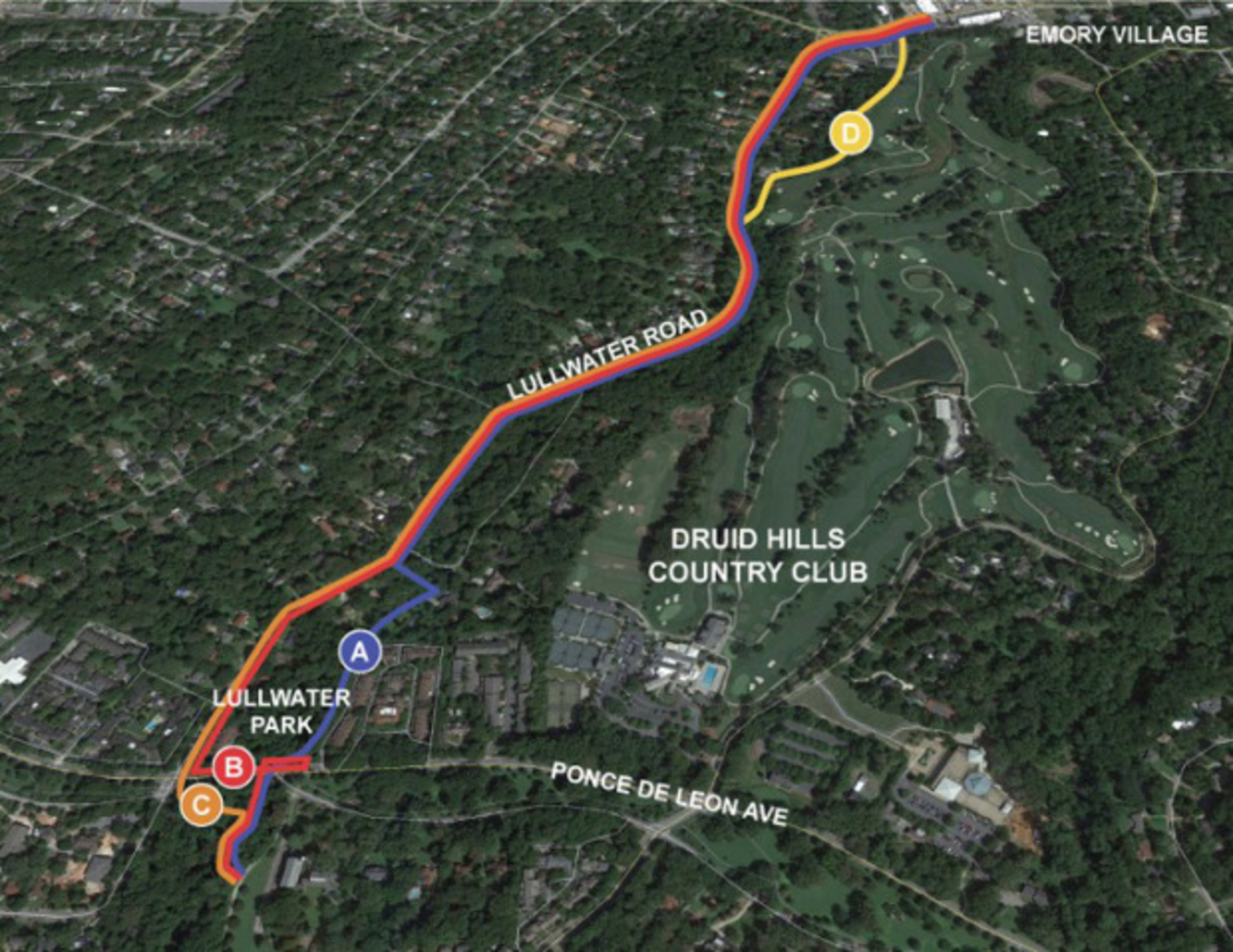 A PATH Foundation proposal to provide bicyclists and pedestrians an off-street route between Freedom Park and Emory Village has been met with pushback from some property owners along the potential trail.

Today bicyclists who want to pedal from Freedom Park to Emory Village travel mostly on residential streets and cross busy Ponce de Leon Avenue. On March 28, the nonprofit trail builder pitched the Druid Hills Civic Association on the proposed path extension and the various routes it could take.

One of the routes would send bicyclists and pedestrians underneath the bridge at Ponce and through part of a floodplain that belongs to Lullwater Estate, a condo complex in Druid Hills located between Clifton and Lullwater roads on Ponce. The association is "vehemently opposed" to the option involving the complex's property, says PATH Executive Director Ed McBrayer.

Before the meeting was held, Lullwater Estate Owners’ Association President Bill Holberg wrote PATH Executive Director Ed McBrayer, saying the LEOA board voted its opposition on Feb. 16 to the proposed PATH trail that would run through the complex.

McBrayer says that it's not uncommon for PATH, which has built more than 200 miles of paved paths in metro Atlanta including the Silver Comet and Arabia Mountain trails, to hear concerns or feel pushback from a community where it proposes a project.  One of the challenges of this proposal, McBrayer says, is that the particular area is a historic district, which have guidelines regarding alterations. He says PATH tried to work with the Druid Hills Country Club more than a decade ago to install the route through the golf course, but the country club was not responsive to the idea.

He says the trail idea is also facing "considerable concern" from some property owners along Lullwater Road, where the trail would use an expanded sidewalk or an in-road separated cycle track.  “I totally understand that Lullwater Road looks like is has for 75 years and it’s a historic district, so what we do has to be done with great care,” McBrayer says. “That said, the world is changing, and some people want to get around the city without a car. People are trying to get healthier by walking and biking.”<o:p> McBrayer says that many community members would see the route as an asset. He estimated that half of attendees DHCA attendees were supportive, and the other half was opposed. <o:p> PATH went forward with presenting two options at the meeting: The first was the aforementioned route under Ponce, which McBrayer says would be safest for path. The second would involve building a ramp after the bridge leading up to a widened Ponce sidewalk to help users access Lullwater Road.

"If Lullwater Estate won't let us have any easement there, that kind of takes the air out of our sail, if you will," McBrayer says. "Any other option involves an at-grade crossing at Ponce. Our whole purpose is to get the average family and person to think about commuting on the trail or recreate on the trail for exercise, and a lot of people aren't going to take the trail if it involves walking their bike across Ponce... It's kind of a daunting intersection."
<o:p> After the meeting was held, Hollberg says, he sent another letter to McBrayer on behalf of the LEOA. Hollberg says that it was clear that PATH disregarded the first letter the board sent, since the nonprofit still included LEOA property in its March 28 meeting presentation as an option.<o:p> “I was disappointed that in your presentation both options A and B included property of the Lullwater Estate Owners’ Association” the letter reads. "I request that options A and B not be included in your further consideration of this trail nor in public promotions of it." DHCA president Anne Wallace says the DHCA will remain neutral on the issue while facilitating further community meetings to open a dialogue for community members. “DHCA has not adopted a position of advocacy or opposition,” Wallace says. “We expect that Druid Hills residents will form 'pro' and 'con' groups. We hope that our neighbors on Lullwater Road will take the lead in evaluating all aspects of the proposals that PATH put forward. Given that Druid Hills is a Historic District, the DHCA takes this issue very seriously.” McBrayer says he thought that Hollberg might think that having the trail run close to the LEOA property could put the community at a security risk. Hollberg says the only communication he has had with McBrayer was via the two letters he sent on behalf of LEOA and would not provide further comment on why the association opposes the route. 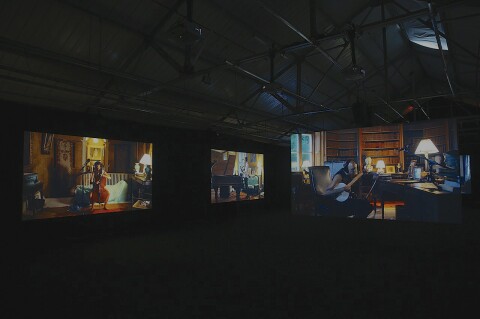