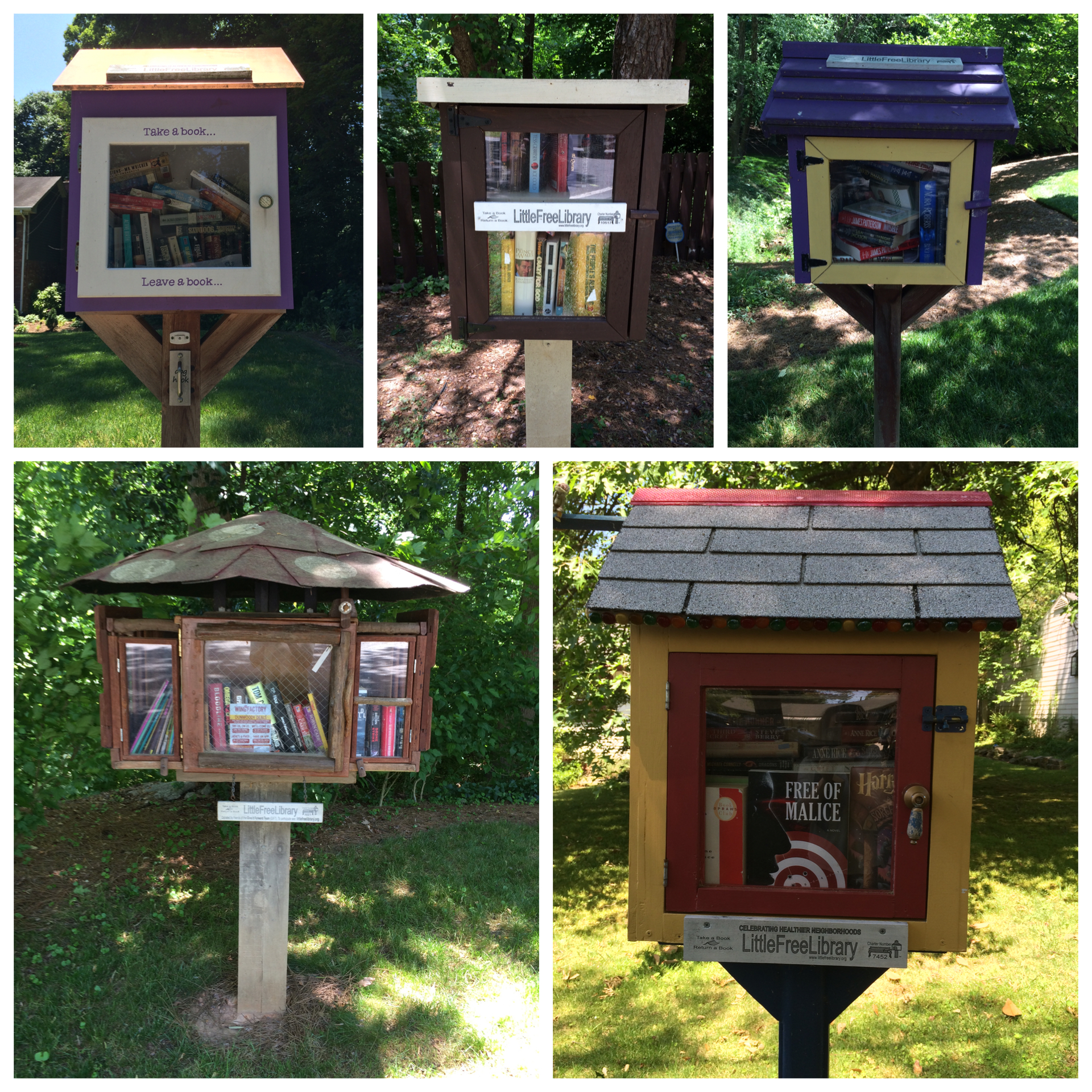 Photo credit:
After self-publishing her psychological thriller, Free of Malice, local author Liz Lazarus found herself inspired by Little Free Libraries in her neighborhood. As a way to promote her book and give back, Lazarus started leaving copies of her book in these libraries around town to encourage feedback, all with the promise of donating a portion of her book sales to local libraries with every new review.

CL spoked to Lazarus via email about what inspired this initiative, how can residents get involved, and where the June book sales portion is going.

What made you think of adding your books to Little Free Libraries? How did you discover them?
Would you believe this all started with my cat? To explain, a neighborhood teenager “babysits” my cat when I travel. After my last trip, I was walking around the corner to her house when I noticed one of the Little Free Libraries across the street. That sparked the idea to donate one of books which I promptly did. The next week, I was in New Orleans meeting with my PR team, JKS Communications, and showed them a photo of my book in the windowpane of the little library. One brainstorming idea led to another and we came up with the plan to donate more copies to other little libraries and to encourage feedback by donating portions of my book sales to local libraries, a win-win.


Have you heard back from readers? What's the feedback like?
At my very first delivery, I met the woman who set up the library — she was about to walk her dog and was so thrilled that I was her first stop, and that I was a local author. To my delight, she took the book to read so it should be back in her library once she is finished. I made a few more stops that day and then geared up for round two the next weekend. On my second trip out, I met another owner who had recently moved to Georgia and set up the library as a way to meet her neighbors. She asked if I would be willing to visit her book club. I agreed, so I’m looking forward to that event later this summer! My first e-notification came from nextdoor.com, the online site where neighbors can chat with one another. A woman in the neighborhood wrote to me, not realizing I was an author until she discovered my novel in the library. She wrote that she loves thrillers and was about to stay in for the night to dig in to the book. Having just started this project less than a month ago, I’m looking forward to more feedback as the “new book on the block” is discovered.

How much have you donated so far? What libraries are you donating to? What's the portion?
To spread the wealth, I plan to donate 10% of my June book sales proceeds to the Brookhaven Branch Public Library and 10 percent to the Chamblee Public Library, which I’ll visit at the end of the month once the sales numbers are in.

Are you doing any other projects to raise money for local libraries?
Spoiler alert: my next book is aimed at raising awareness about adult literacy so we plan to do some more promotions with our local Atlanta libraries when it launches next year.

How can folks around town get involved in your project?
Believe it or not, there are 54 Little Free Libraries in the Atlanta metro area. So far, I’ve made my rounds to about a dozen of them, so still have a ways to go to reach them all. For anyone interested in joining my “street team,” I’d love to hand over a few books with the target sites and, as a reward, will provide a complimentary, signed copy to you!

It's all about The Simple Things... Article