Stuff your face with chili on Sat., Nov. 2 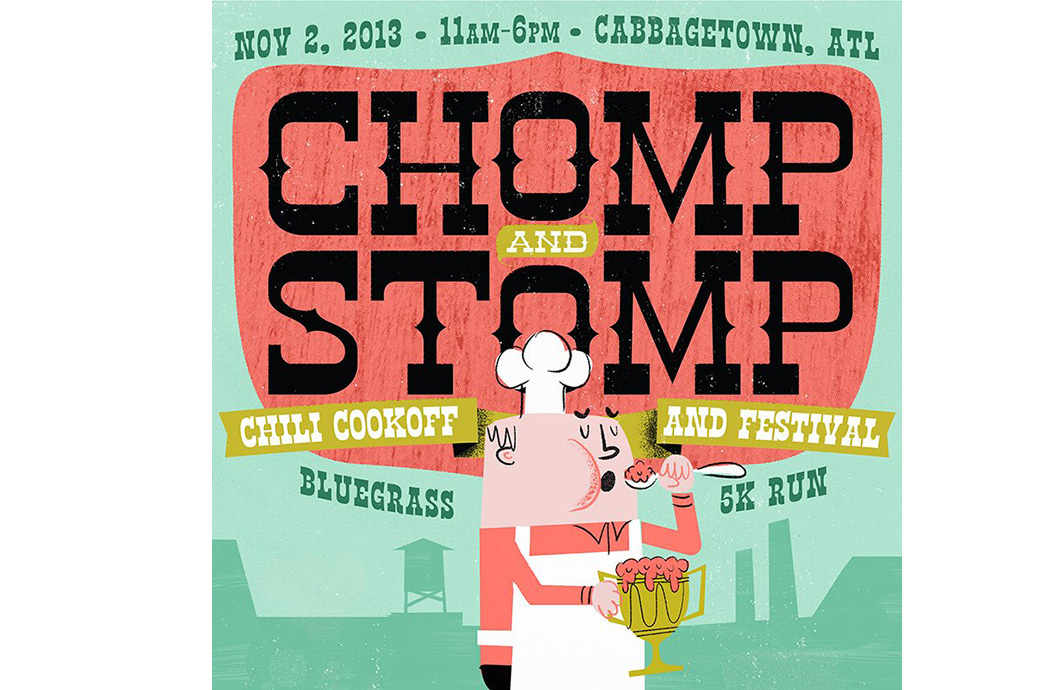 Whether you choose to run marathons or just to the front of sample line, you can find your cup of chili at Cabbagetown's Chomp and Stomp Chili Cookoff and Festival, the neighborhood's 11th annual celebration of running, eating, judging, and bobbing for brussels sprouts starting at 11 a.m., Saturday, November 2.

This year's event will be packed with participants. The sold-out 5k race starts at 8 am, so you can get out under Saturday's sunny skies to cheer on the fit as they run along Wylie, Carroll, and Gaskill Streets. Beer breakfast opens for runners at 9 a.m.

The ever-expanding music offerings have sprawled onto a new 4th stage at 97 Estoria, still spotlights bluegrass with bands including Strung Like A Horse, Bibb City Ramblers, Brillig (all the way from Australia!), Grits & Soul, and Frets on Fire.

After you've watched your buddies build up an appetite, lead them over to the chili tasting at 12:30 - a $5 tasting spoon lets you try all of the offerings. Again, this is a packed event: this year's contest features the most individual chili cookers ever entered, so see if your neighbor's big talk can deliver. The event has also sold out their restaurant spots, which include the likes of Victory Sandwich Bar, Noni's Deli, the Albert (last year's winner!), and many more. Chili judges posted up outside include chefs Kevin Rathbun, Shane Devereaux, and Kevin Clark of Homegrown. Cook-off winners will be announced at 5:30 p.m.

If you need to feed your competitive soul and missed signing up for the race, enter in this year's brand new Corn Hole Invitational Tournament - it's not just for drunken tailgates anymore. The single-elimination tourney nets the first place winner a bike by Republic from sponsor Cayrum and bragging rights. For an alternative autumnal party game, that aforementioned brussels sprouts bobbing at 4 p.m. gets a little intense and isn't for the veg- or germaphobe.

If you like your fall festivals more cool more than cutesy, Cabbagetown's festival get you good times on the cheap. You're supporting the Cabbagetown Initiative Community Development Corporation, and thus helping to enhance the quality of life in the community and build up Atlanta's rep as a great place to live. Hit up the Artist Market, listen to some down-home tunes, drink some Sweetwater, try some chili, and revel in the pleasures of fall before it's too late.