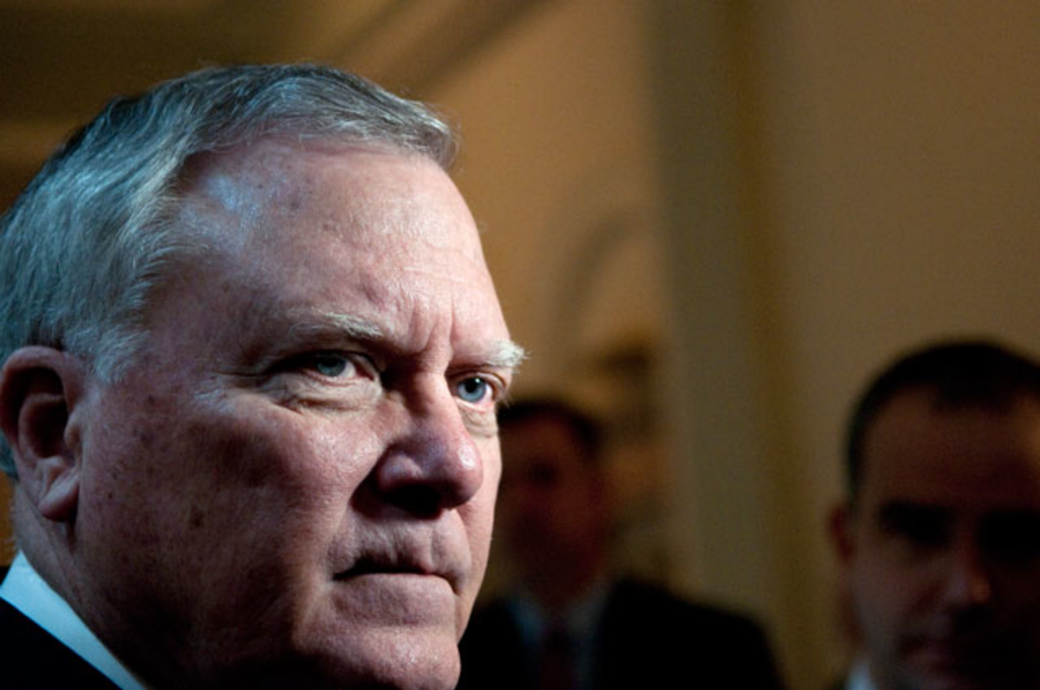 The most important decision Gov. Nathan Deal could make in 2014 would be to expand Medicaid. He currently has the sole authority to opt in to the federal health care provision that would quickly improve more than 400,000 uninsured Georgia residents' lives. He could enact that change with a single signature at any moment.

But he has little interest in that responsibility. In fact, he wants to give up that power as part of a proposed bill currently gaining traction under the Gold Dome.

Since August 2012, Deal has adamantly rejected more than $33 billion in federal funding, a key, albeit optional, part of the Affordable Care Act's rollout. The governor appears unlikely to reverse his position. But if he changed his mind, he could expand Medicaid with relative ease, something that has given supporters of the measure a small glimmer of hope.

Over the past few weeks, however, Deal has voluntarily worked with legislators to craft a bill that would strip him of his power to single-handedly expand Medicaid. If House Bill 990 passes, the General Assembly would need to sign off on any action that Deal — or a future governor — takes toward expanding Medicaid in Georgia. The power to expand Medicaid would no longer rest solely in the governor's hands. Instead, he'd be able to deflect criticism by sharing the burden with fellow Republicans. It's a cowardly move that will continue to unnecessarily hurt Georgians.

"Georgia has one of the largest numbers of people without health coverage," says Tim Sweeney, Georgia Budget and Policy Institute's Director of Health Policy. "Expanding Medicaid would significantly increase access to care. Failing to do so will continue to lead to problems."

Sweeney and other Medicaid expansion proponents argue that HB 990 — which the House approved on Crossover Day and will now head to the Senate — represents an unnecessary barrier to indigent Georgians' long-overdue access to health care. Without Medicaid expansion, not only would those men, women, and children be largely unable to visit doctors outside of emergency rooms or free medical clinics, but cash-strapped hospitals could also face closures. The federal program includes billions of dollars of financial assistance that would be poured into Georgia's economy. If Deal expanded Medicaid, the federal government would cover 100 percent of the associated costs during the first three years. After that, the state would only be responsible for 10 percent of the total expenses moving forward.

Deal and other legislators have claimed that Georgia can't afford the costs, estimated at $2 billion-$4.5 billion over a decade, tied to the federal provision. But they've consistently refused to give nonpartisan research that debunks their rationale an honest and thorough look. It's opposition for opposition's sake.

There are Republican officials who sincerely want to craft key changes to Georgia's Medicaid program. That's a legitimate reason to back HB 990, especially given that the Legislature typically controls Georgia's piggy bank. But that's not what the proposal seeks to accomplish. The leading reps behind the measure are making a shrewd political maneuver to protect their self-interests. For other GOP lawmakers, marching in lockstep alongside party heads allows them to partake in one of their favorite pastimes: taking jabs at the punching bag known as the Affordable Care Act.

Sweeney says that GOP lawmakers have inflated the state's overall costs by including new spending unrelated to Medicaid expansion — because why not! At a recent Georgia House of Representatives subcommittee hearing, Sweeney presented new GBPI research that makes the case for previously overlooked revenue sources in the state budget. Between an existing insurance premium tax, plus sales and income taxes that would be collected from federal cash spent through expanding Medicaid, Georgia could generate an estimated $1.8 billion over the next decade. Now subtract that figure from $2.1 billion in expected Medicaid expansion costs over 10 years. That leaves about $350 million left for the state's tab.

That's much more palpable than the exaggerated figures in the billions Affordable Care Act opponents have tossed around. At most, GBPI research suggests Georgia would spend around $35 million per year for the next 10 years. According to Sweeney, Medicaid expansion's costs could even be less — perhaps negligible — in the case that federal funding for mental health and inmate treatment, among other duplicated services, phases out longtime state expenses.

Meanwhile, the state's proposed 2015 budget allocates $50.8 million in new salary increases for state employees, yet another $35 million to the Savannah Port, and $45 million for the construction of a new University of Georgia science center. Ensuring health care coverage for hundreds of thousands of Georgians is more crucial. Not only would it provide indigent residents with access to health care, but it would also allow Georgia to lower the hidden costs — estimated at $1.5 billion per year — of supporting nearly a half-million uninsured men, women, and children.

But in an election year, evidence supporting Medicaid expansion's merits has fallen on deaf ears. For most Republican lawmakers, bashing the Affordable Care Act is a crowd-pleaser. Even if it happens at the detriment of nearly half of Georgia's impoverished men, women, and children.

"The dialogue is as if covering the uninsured is this terrible thing," says Cindy Zeldin, executive director of Georgians for a Healthy Future.

Instead, Deal has trotted out a litany of shortsighted ideas that don't bear the president's name. In this year's budget, he's mulled a quick cash infusion to troubled public hospitals to keep their doors open. It comes after four Georgia hospitals have closed without bailouts. What would fix that problem once and for all? Medicaid expansion.

The governor recently said he wants to restrict emergency room access by enforcing limits on the kinds of treatment provided to visitors, many of which are uninsured patients with no other health care options, in an effort to save medical facilities mired in financial turmoil. That wouldn't be an issue if he simply expanded Medicaid.

Instead, Deal is simply trying to cower behind his party's protection for the foreseeable future.