Students' voices come second when major partnerships are on table 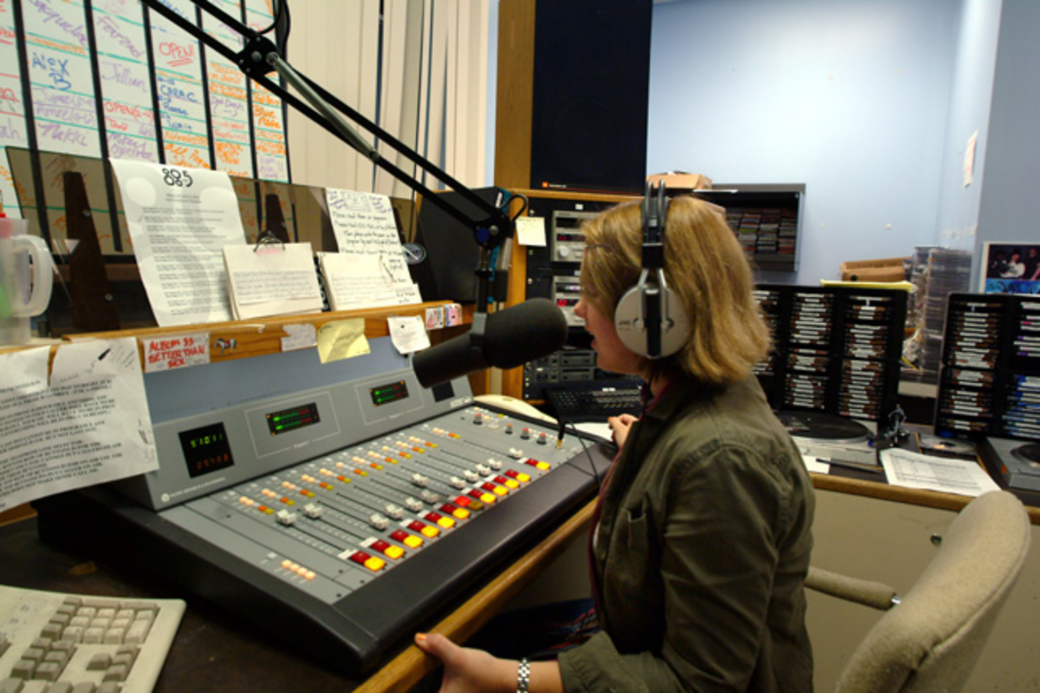 Many of Georgia State University's graduating seniors this weekend are decorating their graduation caps with positive messages and "thank you notes'" to their parents. I'll be sending a message to the university by prominently displaying the hashtag "#SaveWRAS" on mine.

I spent the majority of my last semester in college working as the associate Arts & Living editor for The Signal, Georgia State's independent student-run newspaper, which is located across the hall from WRAS 88.5 FM. The university's new partnership with Georgia Public Broadcasting hits close to home.

The two-year partnership inked this week will allow GPB to broadcast both local and national content, including National Public Radio and Public Radio International, on Album 88 from 5 a.m. to 7 p.m. Students will call the shots from 7 p.m. to 5 a.m. All student programming, including the programs that would normally play during the daytime, will be available online.

The deal is a huge blow to the 43-year-old station, a campus mainstay that entertains and informs students and Atlantans. In addition to providing an alternative to mainstream radio and breaking new acts, WRAS is a platform at which students can gain experience to supplement their degrees and better compete in a market where real-world know-how is strongly desired. Not only does this deal call into question the future of student media, but the worst offenses are the lack of transparency from Georgia State leadership and the calculated timing of the announcement.

The news about the partnership comes as the future of Cinefest, Georgia State's student-run movie theatre, is still undecided. The Signal reported in April that the university is considering a 50 percent budget cut in addition to a reduction in weekly hours. It also said that Cinefest workers think Georgia State officials are interested in a more "corporate model" for the theatre and are considering playing more mainstream films and hosting other events in the space. (Phillip Smith, the assistant director of programs for the student university, said budget cuts are not being considered. He said officials are conducting student surveys to assist with their decision.)

Simply put, major changes to student-run media without student input can diminish the value of the Georgia State community. That is one of the reasons why the new Georgia State and GPB deal is a terrible decision. While partnerships aren't inherently detrimental, decisions like this put Georgia State's other student-run media on notice and warn them that officials can implement fundamental changes at a moment's notice.

WRAS and other student media don't just benefit students. They are the voice of the campus as a whole. They give alumni and non-students a glimpse into important events and perspectives on campus. WRAS broadcasts at 100,000 watts, making it the most powerful student-run station in the nation. It has a reputation for breaking numerous artists in its four decades on air — the station credits itself with breaking artists such as R.E.M. and OutKast. This deal impacts the community, not just Georgia State's campus. In addition to being a source of new music, WRAS is a piece of history and a source of pride. This sentiment is echoed again and again on social media sites, including Twitter where supporters are using the #SaveWRAS hashtag. In less than 24 hours nearly 2,000 protestors "liked" the "Boycott GPB on 88.5" page on Facebook. Similarly, a petition on change.org asks that Georgia State officials "fulfill their obligation to preserve the integrity of this landmark station." It has had more than 6,500 signatures in less than two days.

This isn't the first time GPB has attempted to gain a radio signal in Atlanta through a student-run university radio station. The state media outlet tried unsuccessfully to strike a similar deal with Georgia Tech in 2007. In that situation, the community was allowed to voice its concerns in a town hall meeting. Not so this time. Perhaps the blow could have been curbed had Georgia State officials alerted student media workers and the community to the pending deal before today. Waiting until the last day of finals to make the announcement, after many of WRAS' former staff have relinquished their responsibilities and students are wrapping up the semester, seems like yet another attempt to muffle student input. By shutting students out, Georgia State officials ruined the opportunity to maximize the benefits of this partnership to students.

Georgia State doesn't profit from this partnership and the university says the deal is based solely on creating more opportunities for students, specifically those in the film and video department. As a part of the two-year deal, Georgia State will receive $150,000, which, according to university spokeswoman Andrea Jones, will go towards "defraying the costs of GPB-run hours." Students will benefit from this partnership, as they are supposed to gain access to GPB studios and staffers. Still, Jones says this portion of the deal isn't fully worked out and won't go into affect for another year. Since this is the only way in which students are benefiting from the deal, they shouldn't have to wait until a year into the contract to utilize the resources, whatever they may be.

Like many of its supporters, WRAS' student management said it believes moving most of their programming online could cause an even bigger decline in listenership, which could lead to even more cuts to student programming. This could be used as leverage in future deals between Georgia State and GPB. By relegating student programming to the web during what GPB CEO and president Teya Ryan calls "the most important radio hours," Georgia State is telling students that their voices come second when major partnerships are on the table.

Regardless, Jones says "WRAS is ultimately a university asset." That sends a message to students at the station — and those involved in student media in general — that their positions are nothing more than titles. They don't get to have a say in major decisions, including student media. And neither does the rest of the community.

Thus, in a world where media shakeups are common, it seems even with this new partnership Georgia State is preparing its students for the real world.