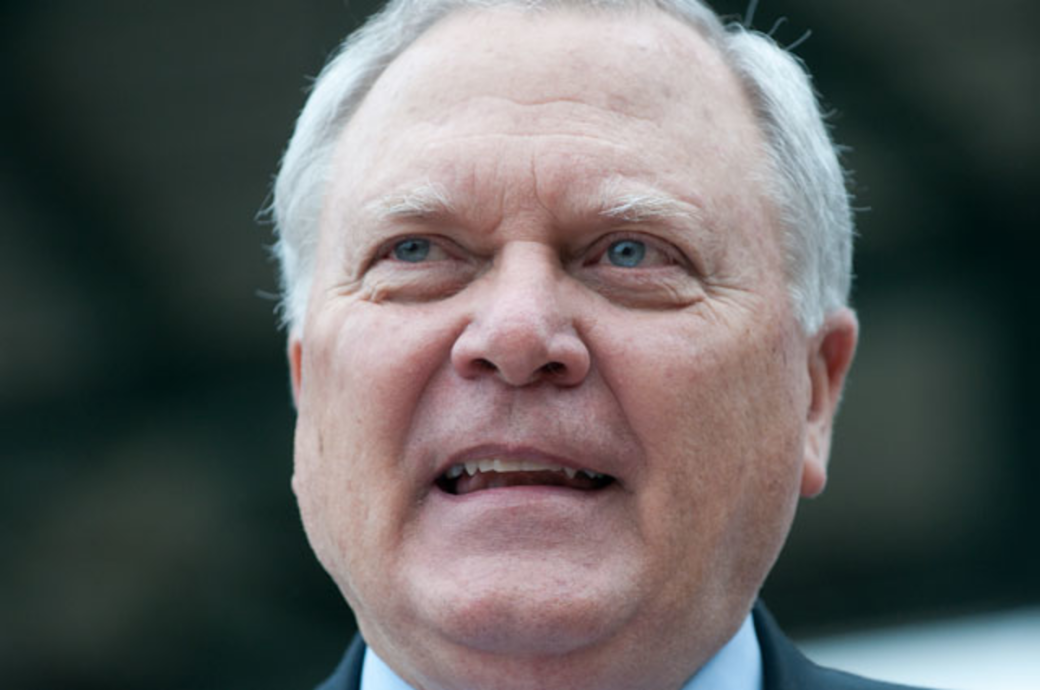 Gov. Nathan Deal has never been found guilty of an ethics violation as governor. Yet he has developed a reputation as a politician tainted by scandal — take your pick from the controversial sale of his salvage yard, his possible misuse of gubernatorial campaign funds, or the alleged removal of ethics officials who tried to investigate that same campaign. Somehow he's managed to dodge each complaint since taking office in 2011.

In July 2012, the governor avoided more than $70,000 in fines related to his use of state campaign cash to fight federal ethics charges, pay an airfare company he partially owned, and to hire his daughter-in-law, Denise Deal, to raise funds. Deal's technically spotless record seemed as if it would remain intact, especially given the state's underfunded, spineless ethics commission mostly filled with his handpicked political appointees. But last week, an incriminating two-year-old memo unexpectedly emerged and placed his reputation — and his chances for re-election — in jeopardy yet again.

Given the resurgence of his alleged ethics violations, a statewide investigation must be launched. That inquiry should be followed by sweeping ethics reforms. Georgians need an ethics agency that answers solely to taxpayers. The public needs to be able to trust that ethics officials are actually holding politicians accountable.

In recent months state officials doled out an estimated $3 million of taxpayers' money to four ethics commission whistleblowers who claimed they were forced out of their staff positions because of attempts to look into Deal's 2010 campaign. Although the court proceedings suggested impropriety, Deal walked away unscathed. Then the memo from Holly LaBerge, Georgia's top ethics official, surfaced. In it, she accuses two Deal staff members of threatening and pressuring her to make the ethics complaints surrounding Deal's 2010 gubernatorial campaign disappear.

Some ethics commission staffers wanted to pursue a full hearing against the governor. But LaBerge decided to settle the complaints after, as she claims, Deal Chief Counsel Ryan Teague told her "it was not in the agency's best interest" to let Deal's ethics complaints go to a public hearing. The governor was cleared of all charges one week later. He agreed to pay $3,350 in administrative fees. LaBerge's annual salary rose $15,000 between 2011 and 2013, a period during which the commission faced major funding and staff cuts.

LaBerge's allegations grabbed national headlines, left Deal's office scrambling in response, and breathed life into Democratic gubernatorial candidate Jason Carter's campaign. The memo also highlighted many of the problems that exist within the state ethics commission. In Deal's defense, spokesman Brian Robinson said the staffers' communication was needed to resolve a "scheduling problem" with an economic development trip to Switzerland. The governor insisted that his staffers' contact with LaBerge did not impact the ruling. "There was no communication from me and my staff to the commission members," Deal said in an interview with WSB Radio.

The explanation from Deal's camp hasn't helped his cause. And it has served as a reminder that we need a formal investigation into the matter. LaBerge's memo could end up being nothing more than empty allegations or a simple miscommunication with the governor's office. At worst, it could be that Deal's staff members tried to quash a serious investigation into his campaign. No, scratch that. At worst, the governor would have orchestrated the entire cover-up. Deal hasn't been proven guilty in a court of law. And there isn't a smoking gun. But there's certainly enough evidence to warrant a state inquiry.

The memo has prompted calls for an investigation, most predictably from Carter, who blasted the governor's office for its "pattern of intimidation and interference," as well as government watchdog group Common Cause Georgia. Georgia Attorney General Sam Olens so far has declined to launch a state investigation, saying it would be counterproductive to similar probes headed by the Georgia Department of Audits and the Federal Bureau of Investigation that are currently in progress.

The fact that Deal stands behind the ruling of an ethics commission he intends to fix is particularly absurd. Back in April, he unveiled a series of reforms to bolster what he referred to as a "broken" ethics commission. It's the same agency that Randy Evans, Deal's personal attorney, said worked with "the highest possible standard imaginable" when it dismissed ethics charges in 2012.

Deal's blatant election-year proposal introduced some positive changes, but didn't go far enough. His plan included expanding the commission from five to 12 members; giving the same number of appointments to the executive, judicial, and legislative branches; and requiring commission members to recuse themselves if the government that appointed them is being investigated. In the process, he failed to make the most important change: the establishment of an independent commission.

That independence is the main reform needed to hold state lawmakers to a higher standard. Those changes must happen immediately to restore any semblance of public trust in our state government. We can't afford to wait any longer.