Opinion - When we laughed

A brief history of the men who changed my life 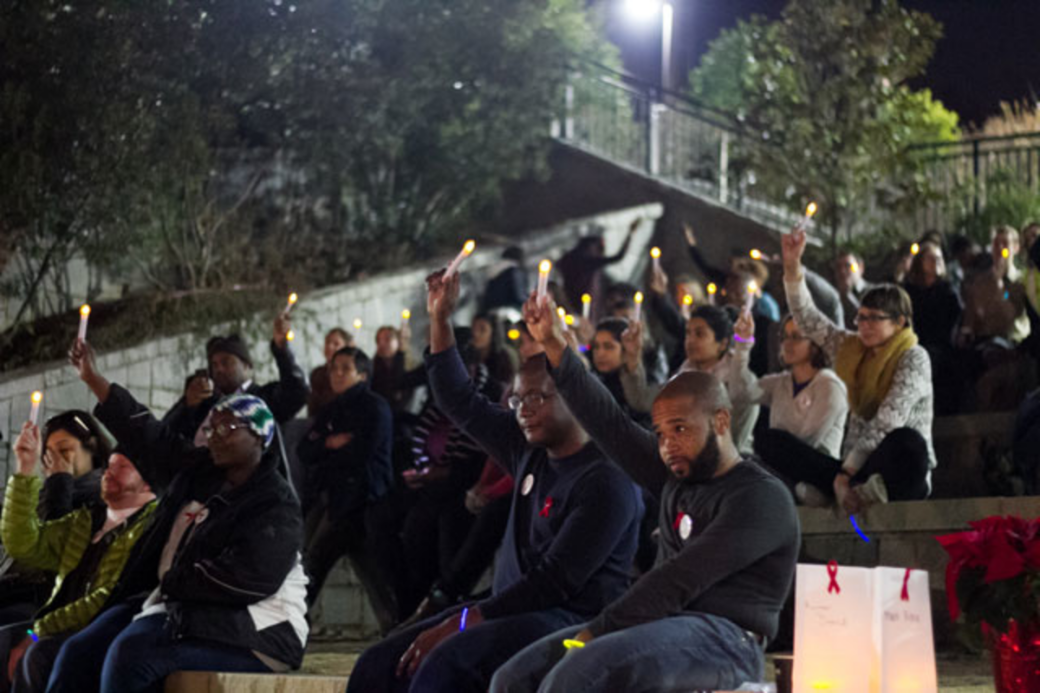 When I was in my late teens: 18, 19, up through my early 20s, I ran with a circle of black gay men that changed the course of my life. I would, in this period, muster the courage to leave Morehouse College in my second year, reject my dreams of middle-class assimilation, safety, and respectability, and most consequentially decide to devote my life to writing and activism.

We found humor in lots of things. We were irreverent because everything was always so serious, so urgent, so desperate. The circumstances of our lives and the world demanded a superhuman focus from us. The cost of being young black men and openly gay in Atlanta was tremendous, but one we were willing to pay. There is never freedom without bloodshed.

So we laughed. A lot. Laughter gave us a space outside of anger, outside of sexual desire, outside of despair, where we could be elevated, lifted, where we could transcend. We laughed because we were black gay men, and we refused to let tragedy be our constant state. Though sometimes it turned against us. Sometimes our words could be cruel. We would go too far. We would hurt each other at times. That was part of what happened, too.

We hung out as part of the Atlanta Gay Center youth group, when it was on 12th Street in Midtown, Outwrite Bookstore, and, though infrequently, even at Youth Pride. We mostly congregated around Second Sunday and My Brother's Keeper, the two black gay men's discussion groups available to us in the city in the years from 1999 to around 2002. Both groups existed in some form before and in some form after, but those particular years remain the most special to me, because that's when were all still together.

Second Sunday was the larger group and was topic driven. One could attend one of the monthly meetings and hear about such diverse topics as domestic violence, sexual health, dating — a lot of different topics, and each month a new one. The group catered to black gay men of all ages.

My Brother's Keeper was for young black gay men, and was our base of operations, until it no longer existed. We were in a sense very interested in ourselves, seeking reflections in each other, where we could discuss and figure out what it meant to be young and black and gay and in Atlanta.

We also learned from each other, because we decided we could get the answers from ourselves. My friends shaped most of my early knowledge around HIV, and especially what it meant to be an activist. We confided in each other and revealed things we had never told anyone else before and marveled at our ability to open up. As some of us seroconverted (became HIV positive), one by one we confided in each other about that, too.

In our own company we talked about HIV risk without calling it that. I don't know if we talked about fear per se, but we did often express our angst. We talked about getting HIV tests, openly but not casually. It wasn't that we understood death as stalking us, at least not then, though some of us died; Keiron would be first, then Allen, I think (though we aren't completely sure how he died). Lawrence was maybe third. Tony and Charles were relatively recent.

Ultimately we accepted HIV as part of our world, tried not to let it keep us down, though it at times really did keep us down. We took on the challenge as best we could of stepping up to it, and factored it in as part of our existence.

We were as bonded by the things that we loved as the things we despised and built a community among ourselves because it never occurred to us that we couldn't. And though I never felt completely invincible among them, they brought out the best in me, and while others might have not had the language to talk about what it meant to be a black gay man, or how to navigate the world being HIV-negative, as was the case for me, and how to think about racism and homophobia, I developed the tools to do so while spending time with them.

Perhaps then we thought we were seeking truth, from each other, from the world, but we were really seeking freedom, and that was what we found in each other.

Freedom to be ourselves. Freedom to share our thoughts. The freedom of inventing ourselves away from white and straight people. Freedom away from the vulnerabilities that we were aware of but wanted not to overwhelm us. This is part of what I believe gave us courage, courage to be black gay men in a city and in a country where those identities were either erased or punished and certainly despised.

Charles Stephens is an Atlanta native, the founder of Counter/Narrative, and co-editor of the anthology Black Gay Genius: Answering Joseph Beam's Call.