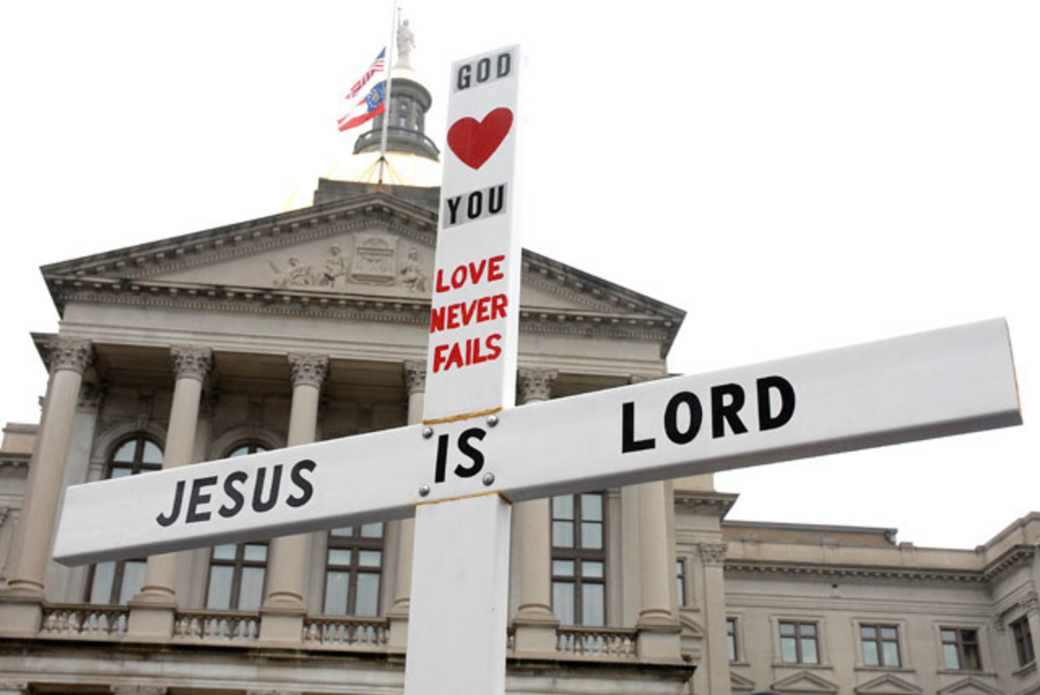 Every year, when faced with pressing issues that require action, the General Assembly makes the decision to debate a social issue with little bearing on the problems affecting Georgia residents. In past years it's been abortion or other divisive issues such as guns and immigration. In 2015, Republican state lawmakers are focusing on a "religious liberty" bill for the second consecutive year.

Proponents say such a bill would protect the right to free exercise of religious beliefs. The proposal, which 19 other states have passed in various forms, would supposedly strengthen rights once protected by a federal law, the Religious Freedom Restoration Act, that were undone by a 1997 U.S. Supreme Court ruling. Enter state Sen. Josh McKoon, R-Columbus, and state Rep. Sam Teasley, R-Marietta, who've championed the effort inside the Gold Dome during the legislative session's opening week. Teasley has introduced his proposal, which applies only to the government. McKoon plans to file his legislation soon.

It's odd to see this bill returning in a non-election year, when lawmakers typically cater to the most fervent and foam-mouthed voters. But such legislation is in search of a problem. Why do we need to place safeguards around an already guaranteed constitutional right that isn't actually being threatened? We don't. It's a bill that would hurt Georgians and undermine the state's reputation. And, frankly, it's insulting that lawmakers would take the time to discuss unnecessary legislation over more pressing matters.

Large Atlanta-based corporations, including Delta; Democratic lawmakers; and even some of their more levelheaded Republican colleagues have raised concerns about the ways in which a "religious liberty" bill would legalize discrimination. LGBT community members, already lacking full legal protections, say the measure would give businesses the ability to refuse gay people services. For example, a wedding photographer refusing to shoot a same-sex marriage ceremony. Or it could enable employers to discriminate against workers based on their religious beliefs. But the bill wouldn't just affect members of the gay community: women could be denied birth control options, a DMV clerk could decide against issuing a driver's license to divorcees, or any number of potential scenarios.

When asked why the measure was necessary, McKoon, Teasley, and their supporters have responded to critics by saying it’d help prevent injustices, such as a recent event in Kennesaw, where a group attempting to start a mosque in a strip mall had its application denied by the City Council. But even in those examples, critics point out a federal law called the Religious Land Use and Institutionalized Persons Act, which generally provides legal protection from zoning for religious institutions. When Mayor Kasim Reed rightfully sacked Atlanta Fire and Rescue Chief Kelvin Cochran, some "religious liberty" bill backers tapped him as the movement's new poster child. But according to the mayor, Cochran's case wouldn't apply because he was fired for violating the city's ethics code — and not because of his religious beliefs, as the fire chief claims.

The law wouldn't do much. Which raises the question about its larger intent. In February 2014 McKoon told reporters that the proposed law could be "another tool in the tool kit of those who are fighting on the Obamacare front." His effort was bolstered between legislative sessions following the U.S. Supreme Court's Hobby Lobby decision last June, which acknowledged a corporation's religious belief claim regarding contraception insurance. McKoon had previously cited Catholic health institutions opposed to providing birth control.

Some political observers consider it a last-ditch effort hatched with a long-term goal of stymying gay marriage once courts inevitably overturn states' bans across the country, including Georgia's. When that happens, a "religious freedom" law could allow a devout wedding photographer to bail on a gay marriage gig. Or it could allow a holier-than-thou chauffeur to not give two lesbians who have just celebrated together a ride home. Or maybe there's a county clerk who objects to processing a gay couple's marriage license. There's another side to this as well. Some have speculated that the bill could give Rastafarians a way to avoid criminal prosecution for marijuana consumption. How far people would need to go to claim and prove their religion is just as unclear as the legislation's actual purpose.

This bill should go the way of other bad ideas and find itself without enough support to even get a committee hearing. It deserves a quiet death. But some right-wing lawmakers are applauding it. And while Gov. Nathan Deal has effectively delayed medical marijuana's full decriminalization, something that could legally protect the parents of children living with seizures right now, he's given some support to one version of the RFRA legislation. Priorities.

And there's even chatter that the passage of any measures that could increase transportation funding might be tied to the approval of one of the religious freedom bills. Again, priorities.

McKoon has been one of the reasonable minds under the Gold Dome on issues such as ethics. But then he introduces this pure nonsense. He and other supporters of the bill will create further distraction and milk every press conference, committee hearing, and floor speech. The media will cover every step of the process because it has all the elements of a story — Polarizing views! Divisive social issues! — that grip viewers and readers.

If the legislation dies, the religious freedom warriors will tell their supporters that they tried their best, oblivious to the irony that their religious rights were never in danger in the first place.

If it passes, brace yourselves for a barrage of loony tunes lawsuits. And prepare to lament the wasted days and wasted opportunities — in the name of God knows what — under the Gold Dome.