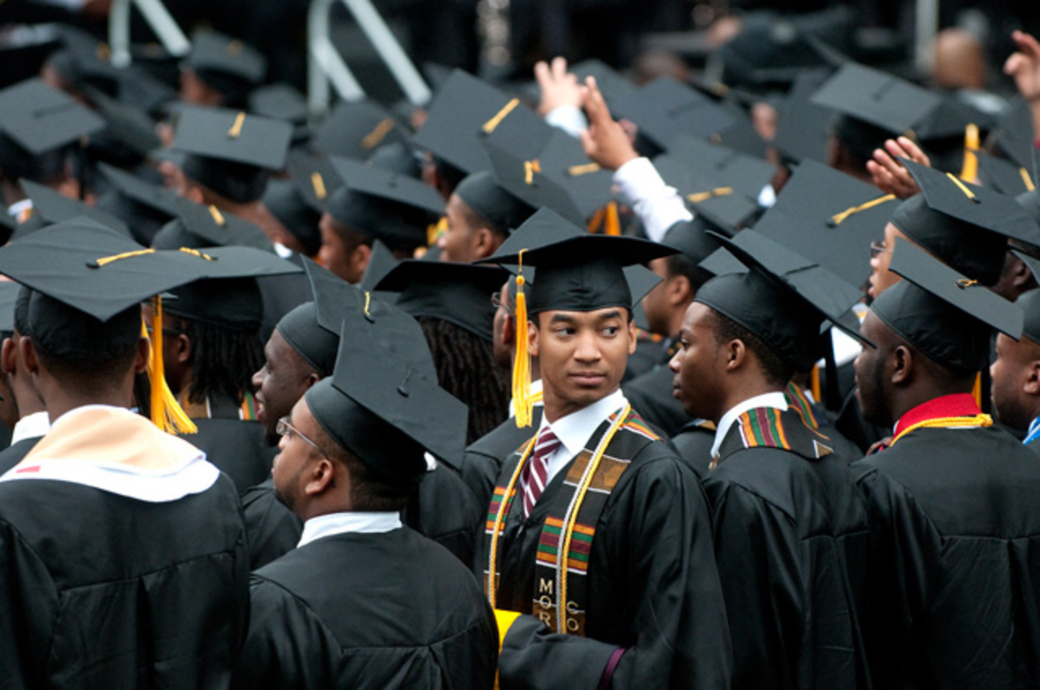 A Georgia State University freshman could bump into a senior when classes start this month and ask what things were like way back in 2012 when she started school. Well for one thing, she might answer, way back in the day tuition averaged about 14 percent less than this fall.

Rising tuition at Georgia's public colleges is a story that is growing all too familiar for students and families. But steps can be taken to try to address the issue, which affects thousands of students, their families, and their financial futures every year.

One big culprit behind the rising cost of college in Georgia: funding per student for the university system plunged in recent years.

State funding for a student taking the equivalent of a full load is an inflation-adjusted 51 percent lower in the state's 2016 fiscal year than in 2001. These cuts are spurring the university system to raise tuition and consolidate institutions, including the recent initiative to combine Georgia State University and Georgia Perimeter College.

Routine tuition hikes are part of a worrisome trend that jeopardizes both the ability of the average Georgian to pursue a college degree and the state's goals to educate and develop a workforce capable of competing in a 21st century global economy.

Here is the logic problem confronting Georgia: Gov. Nathan Deal's Complete College Georgia program calls for the state's 60 universities and technical colleges to graduate 250,000 more students by the year 2020. Meanwhile, Georgia's families have dwindling spending power to cover climbing costs. In 2013 the median family income was $47,439. That's $6,312 less than in 2003 in inflation-adjusted dollars and about $2,800 less than in 1993. About 60 percent of Georgia's K-12 public school students live in poverty, so the feeder system for the state's colleges is graduating students who struggle to afford classes.

Some families can offset these rising costs when a student earns a HOPE Scholarship, but the state's primary means to soften the blow of college costs isn't near the lifeline it once was.

The HOPE Scholarship is set to go up 3 percent this fall, which helps, but falls far short of what it used to cover. A fifth-year senior this fall can recall a time when HOPE covered tuition in full as well as mandatory fees. That was back in the fall of 2011. The scholarship now covers an estimated 71 percent of tuition at Georgia Tech and about 75 percent at the University of Georgia. But it no longer covers mandatory fees, which can run $1,500 or more for each academic year at many institutions.

Of course, many students don't get the HOPE Scholarship. In 2012 about 44 percent of Georgia high school graduates who were freshmen in the university system didn't get it. That number could climb in the future as more rigorous eligibility requirements are implemented for 2015's high school graduates.

And many students who start receiving the scholarship lose it. Of the nearly 19,000 freshmen who entered the university system in 2008 with the HOPE Scholarship, only 7,430 kept it each year until graduation. A small portion of those who lost it did regain it.

Signs of students' financial strain are growing. The percentage of students receiving Pell Grants rose from 27 percent to 45 percent from fall 2006 to fall 2013. The maximum Pell Grant for the current school year is $5,775 but the average award is lower — $3,629 in the 2013-2014 school year, the most recent available. The grant helps but falls far short of the cost of attendance.

That's a lot of numbers to digest. At the risk of making your eyes glaze over like it's the second half of an abstract algebra class, I've got a few more numbers for you to consider.

A growing number of students rely on loans to pay for college. Fifty-five percent of graduates in 2008 used student loans to cover college costs, according to the "Student Debt and the Class of 2008" report by Matthew Reed and Diane Cheng. Sixty-one percent of 2013 graduates took out loans with an average debt of $24,517, a 41.7 percent increase, according to the report.

What can Georgia's current and future college students do? Five years ago, while state lawmakers met during the 2010 General Assembly, hundreds of Georgia State students marched to the Capitol to protest pending tuition hikes. While civic engagement is laudable, it obviously didn't stem the tide of tuition increases.

Something that might work is a bit less dramatic. State lawmakers might be motivated to restore college funding to traditional levels if they hear this is a top priority from students across Georgia — and their families — through traditional channels, like phone calls, letters, and emails. You will get a crash course in the ways of public policy, in addition to potentially halting the hike for your classmates and the thousands who will follow you.