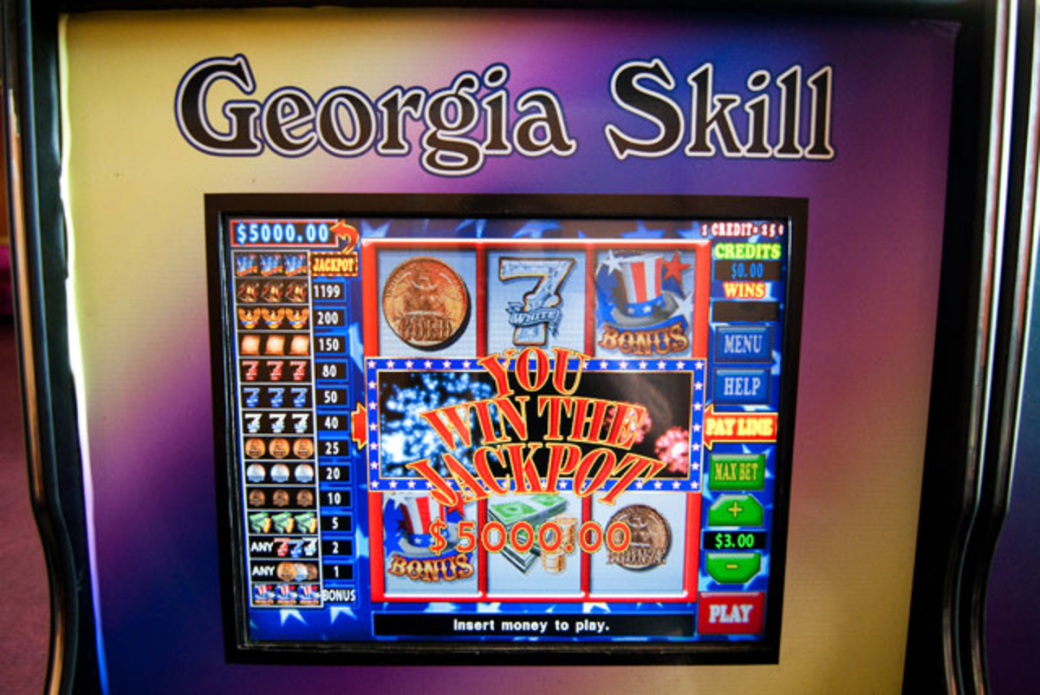 After years of getting pooh-poohed by governors and state lawmakers, the possibility of Georgia legalizing casinos in the near future is very real. The pitch from craps-happy elected officials and casino executives this go-round isn't just about jobs and tax revenue. It also includes money to fund the HOPE Scholarship. The scholarship does need adequate funding — but the state, and especially Atlanta, do not need a casino.

Georgia lawmakers last week heard about the current state and future of the HOPE Scholarship, a radical program developed under Gov. Zell Miller. In its glory days, the lottery-funded scholarship offered stand-out Georgia high school students a free ride — and some of the cost of books — at the state's public colleges and universities. Those days are over. The program now covers some of college tuition. HOPE's benefits have shrunk as habits have changed. People are skipping pick-a-number draws, which are more profitable for the lottery and the scholarship fund, and opting for scratch tickets, which offer higher awards yet don't contribute as much to HOPE.

The joint committee meetings were more of a Gold Dome showcase of the supposed benefits that gambling in its many forms, including casinos and horse racing, could bring to Georgia. MGM Resorts CEO Jim Murren told lawmakers that metro Atlanta "could easily support a $1 billion casino." The company has already scouted Downtown to build a $1.1 billion casino.

According to an MGM-hired consulting firm, six casinos in Georgia could have a $5 billion economic impact, create more than 30,000 permanent jobs, and generate nearly $290 million in gambling taxes. Under one piece of Gold Dome legislation, the casinos would be charged upfront licensing fees and 12 percent of gambling revenues would be funneled toward HOPE and pre-K programs.

MGM or other gaming companies' specific proposals for Atlanta haven't been unveiled yet. But casinos have been known to have troublesome effects on the cities and neighborhoods in which they're located. According to the National Association of Realtors, they can have a negative impact on home values. Four of Atlantic City's 12 casinos closed last year. Downtown needs more than stadiums and casinos. It needs local businesses invested in the city and housing options for people who might sustain those businesses.

For casinos to happen, Georgia voters would have to support a constitutional amendment legalizing gambling. Voters would then decide if a casino could operate nearby. So prepare yourself for much bloviating under the Gold Dome about gambling's pros and cons and then for the well-funded "awareness" campaigns to influence people to support the measure on the ballot.

We are not opposed to gambling. But before we accept this seemingly imminent arrival of games of chance — MGM and another gaming company have already hired high-powered Gold Dome lobbyists — we should ask ourselves why we're having this discussion. Support for the higher education of Georgians, particularly those from less privileged backgrounds, deserves more stable support than the income generated by an industry known for its predatory practices on the population that needs HOPE the most. Higher education costs in this country have ballooned to unsustainable and unaffordable amounts. Twenty years ago, Georgia proved to be a leader in making education more accessible with some radical thinking and policy making. It's time to do that again. We need to support HOPE, whether through laws that protect its funding or using cash it already has. The program isn't broke, but it does need fixing.

According to the Atlanta Journal Constitution article, the lottery had about $350 million in its unrestricted fund at the end of 2014, an amount that was growing at roughly $60 million a year. That's more than enough cash to provide tuition-free grants to attend technical schools and help people start careers without being burdened with student debt. A recent study said nearly 60 percent of Georgia college graduates leave school with college debt. Those reserves, however, are not enough to cover the rising costs of attending four-year schools. Why not delve into — and fix — what's causing the cost of higher ed to rise?

Lawmakers are happy to devote time and energy to debate billion-dollar money holes to fund education. They should give the same focus to stabilizing a program that could encourage high schoolers, prevent student debt, and spark innovation in higher education. They should ask themselves if high-income earners' kids really require a full ride. And they should think about how to avoid future budget crunches. The next time the state talks about a need for education funding and no silver bullets are pouring out of the slot machines, where will they turn?

We don't always agree with Mayor Kasim Reed. But in mid-July, hizzoner made a good point: Las Vegas is in Las Vegas "for a reason." It's a city in the middle of the desert. Reed said he often stays in a casino hotel when he visits Detroit and sees "hard-working folks" and employees feeding machines.

Casinos are not all swanky Las Vegas resorts. Outside the confines of Sin City they're more like desperate cries of last resort. Casino gambling is an option for cities with no options. If Atlanta is positioning itself as a world-class city with a high-tech horizon, we don't need to scrape the bottom of the economic barrel for income. It's a weak play. And we'd be gambling our future away.