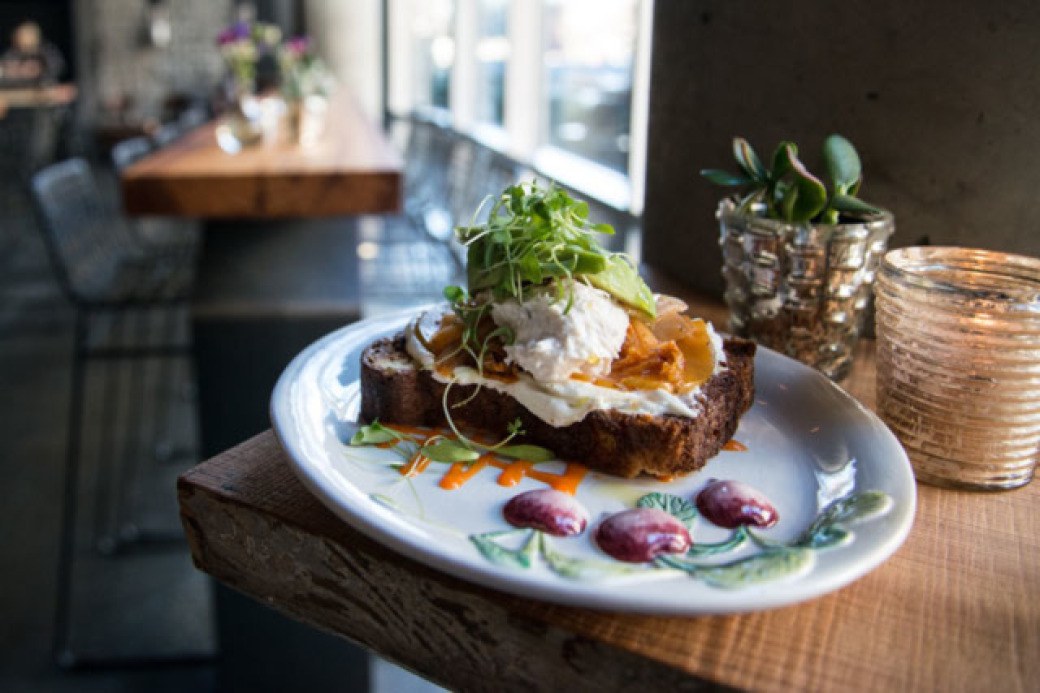 The cocktails were always great at Midtown's cozy Grain but their lease is up and they closed down operations this past Sat., Oct 28. Grain opened in December of 2014. Thanks for the memories.

East meets west chicken joint Ponko Chicken is now open in Tucker (2896 Chamblee Tucker Rd.). Lightly panko-coated chicken is available in a variety of ways with a slew of sauces."

Healthy salad restaurant Salata is opening its second location in Atlanta on Thurs., Nov. 9 in Glenridge Point Shopping Center, Sandy Springs. Be one of the first 50 people in line for the ribbon cutting ceremony at 10:30 a.m. and you will receive a complimentary meal. The first location opened in September in Atlantic Station.

Westside Basque restaurant Cooks & Soldiers"has named a new executive chef. Matthew Ridgway most recently served as executive chef at Buckhead's Gypsy Kitchen and Southern Gentleman. Cooks' general manager Nicolas Quinones said in a release that Ridgway's "strong culinary background and commitment to excellence in the kitchen will continue to elevate the already unique menu and dining experience that we offer."

Atlanta's first game bar is closing this week." Battle and Brew's (5920 Roswell Rd.) last day is Sun., Nov. 5 and they are going out with a party. Drink and food specials run from 5 p.m. to midnight.

Krog Street Market's Ticonderoga Club celebrates its second anniversary this Thurs., Nov. 2. There will be special from Jeni's Ice Cream and Varuni Napoli as well as Creature Comforts Athena Ticonderoga and the Silent Word on draft.

The lumberjack look pays off at Gusto. Wear a flannel shirt on Fridays and it's your ticket to BOGO (buy one get one). Flannel Fridays only occur at the Ponce de Leon location across from the Clermont Lounge. ]

Pop-up alert! Buttermilk Kitchen's Suzanne Vizethann will be selling her chicken biscuits at ASW Distillery this Saturday alongside a bloody Mary bar from an Airstream trailer in the parking lot from 10 a.m. to 2 p.m. East Pole coffee will be there with espresso and coffee. Grab a tour of the distillery (11 a.m. -5 p.m.) while you are there for Ryes & Shine. ]

Speaking of pop-ups and biscuits, Southern Souffle's Erika Council's BombAss biscuits and beignets will be popping up at B's Cracklin BBQ this Saturday. Line forms at 9 a.m. to get your biscuit buttered and stuffed.