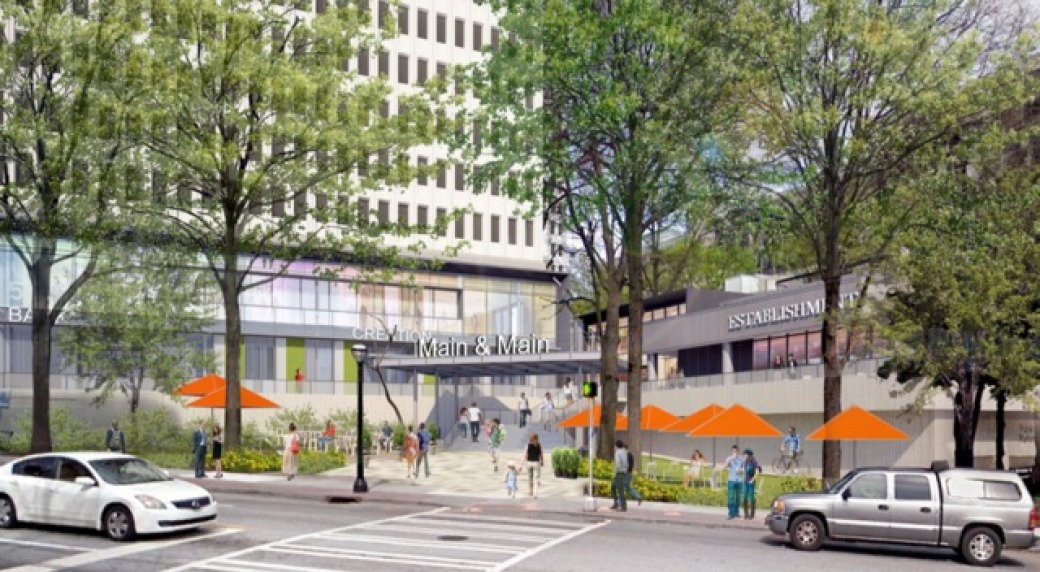 New food hall alert! Midtown's Colony Square hopes to break ground this fall for Main and Main, an "experience driven food hall" coming in 2019. In a press release, it was described as a space "curated by chefs for chefs," meaning local chefs will be a part of the development process. "It's time for Colony Square to re-emerge as a pioneer in the evolution of mixed-use development," said Mark Toro, managing partner at North American Properties, Colony Square's developer, in a press release. "We will redevelop its two insular office towers and antiquated food court to become the Midtown community's go-to dining and entertainment destination, an urban gathering place that engages and energizes the street level and invites people into an immersive, sensory experience." Stay tuned for more updates.

Next month, on Fri., Oct. 6, Whole Foods Market is opening a new location in Kennesaw (1300 Ernest Barrett Parkway). The space will include a coffee bar from Revelator, barbecue from Williamson Bros., fast-casual Japanese from Tori Bird by Genji, and more barbecue and beer from in-store restaurant Hops 'n' Sauce. The market will celebrate with a pre-opening block party on Sat., Sept. 30.

Speaking of local beers, Hapeville's Arches Brewing has now officially started canning theirs. Three of the brewery's most popular year-round selections enrobed in aluminum are being introduced with three launch events. So pull out your calendars: Queen's Weiss Hefeweizen debuts today, Fri., Sept. 15; Southern Bel' Belgian ale debuts Fri., Sept. 22; and Unseasonal Lager debuts Mon., Oct. 16. Inman Park's Victory Sandwich Bar will host the first release of cans into the market on Sun., Oct 1, and by the end of October, they'll be available at over 200 package store around Atlanta. Cheers!

Fox Brothers Bar-B-Q's Jonathan and Justin Fox, along with chef Nick Melvin, are taking a taste of Texas to the Big Apple. On Sat., Sept. 16 they'll cook up a "Tex-Mex Revival" dinner at the prestigious James Beard House. It begins with brisket burnt ends and no doubt ends with happiness.

Trust us; you'll want to stop by Inman Quarter's Char Korean today (Fri., Sept. 15). They are celebrating their first anniversary with live music beginning at 3 p.m., body painting, a DJ from 9 p.m. until midnight, and lots of surprises in between.

Peachtree Road Farmers Market is celebrating ten fabulous years of bringing local produce and goods to Atlanta with a blowout party. Featuring chefs that have been instrumental in the success of the market, the event will take place on Mon., Oct. 9 at the Hyatt Regency Atlanta. Tickets are on sale now and in their words, "all proceeds will be directly invested in keeping our farmers and our market strong." Thank you, Peachtree Road Farmers Market!

You know what else goes well with wine? Risotto balls. And at Ponce City Market's City Winery, from now until the end of the month, 50 percent of the proceeds from the most popular appetizer on the menu go to All Hands Volunteers, a disaster relief organization working on hurricane relief efforts.

Prost! Oktoberfest is in full effect at Der Biergarten (300 Marietta St. N.W.). From now through October, they literally roll out the barrel with a new keg each weekend. Along with those giant soft pretzels, weekend guests get $5 brats to go with their mugs of bier.

Beer lovers, the good news just keeps coming. SweetWater Brewing Company just launched a new beer club for the Woodlands Project and you can be a founding member. The Woodlands Circle, as it's called, "will showcase unique processes and ingredients that aren't scalable or easily recreated and so can only be created in short runs." The first release is in December but applications are open now and members will receive six unique bottles of beer throughout the year, exclusively available to Woodlands Circle. Membership is limited, but you can register here.