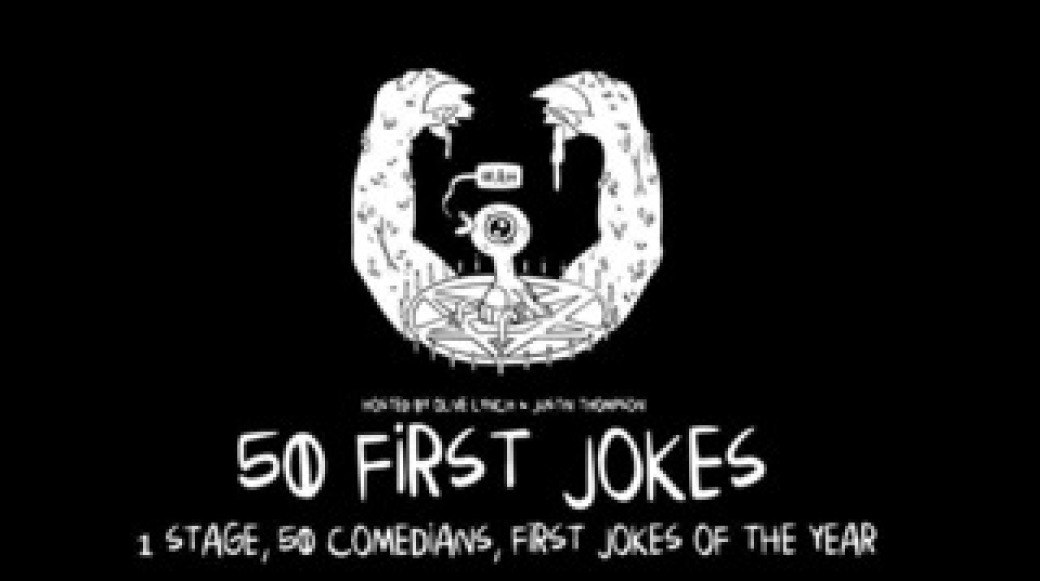 With 2017 being the hottest of hot dumpster fires, ringing in the new year comes with a whole new wave of enthusiasm this January. Everyone has their New Year traditions, whether it's watching the peach drop in the cold or making pointless resolutions you'll forget about the next week. Atlanta's stand-up comedians have their own annual tradition, 50 First Jokes. A staple in cities all over the country, this annual show has served as the kickoff event where 50 comedians come together to tell the first joke they've written in the new year.

The show originated in New York City, created by comedian John F. O'Donnell more than 11 years ago. Since, it has spread to multiple comedy scenes including Los Angeles, Denver, and Ann Arbor, Michigan. Former ATLien John-Michael Bond first brought the show to Atlanta in 2015, where it debuted during the coldest night in January at poorly-insulated, but ever beloved comedy clubhouse the Hangar. Despite the freezing temperatures, the show's debut made for the most packed night of comedy on the Beltline and secured its future in the A. The next year, the festivities moved to the warm Highland Inn Ballroom, which remains the show's Southernmost home today.

The show is like no other. Besides the vast line-up, it's a showcase that operates closer to a giant open mic with each participant required to tell a never-before-tested bit. Some jokes will never be heard again, and some win a spot in the comic's act to be told again and again. Whatever the result, 50 First Jokes is consistently one of the most fun shows of the year. Each show brings a frenzied energy to the room not replicated until the next one. The mix of high anticipation by comics and audiences alike to see what everyone brings to the table as well as the swell of camaraderie"of having the largest sampling of the Atlanta comedy scene under one roof makes each year's outing a must-attend event and a reminder that Atlanta is truly one of the funniest cities in country.