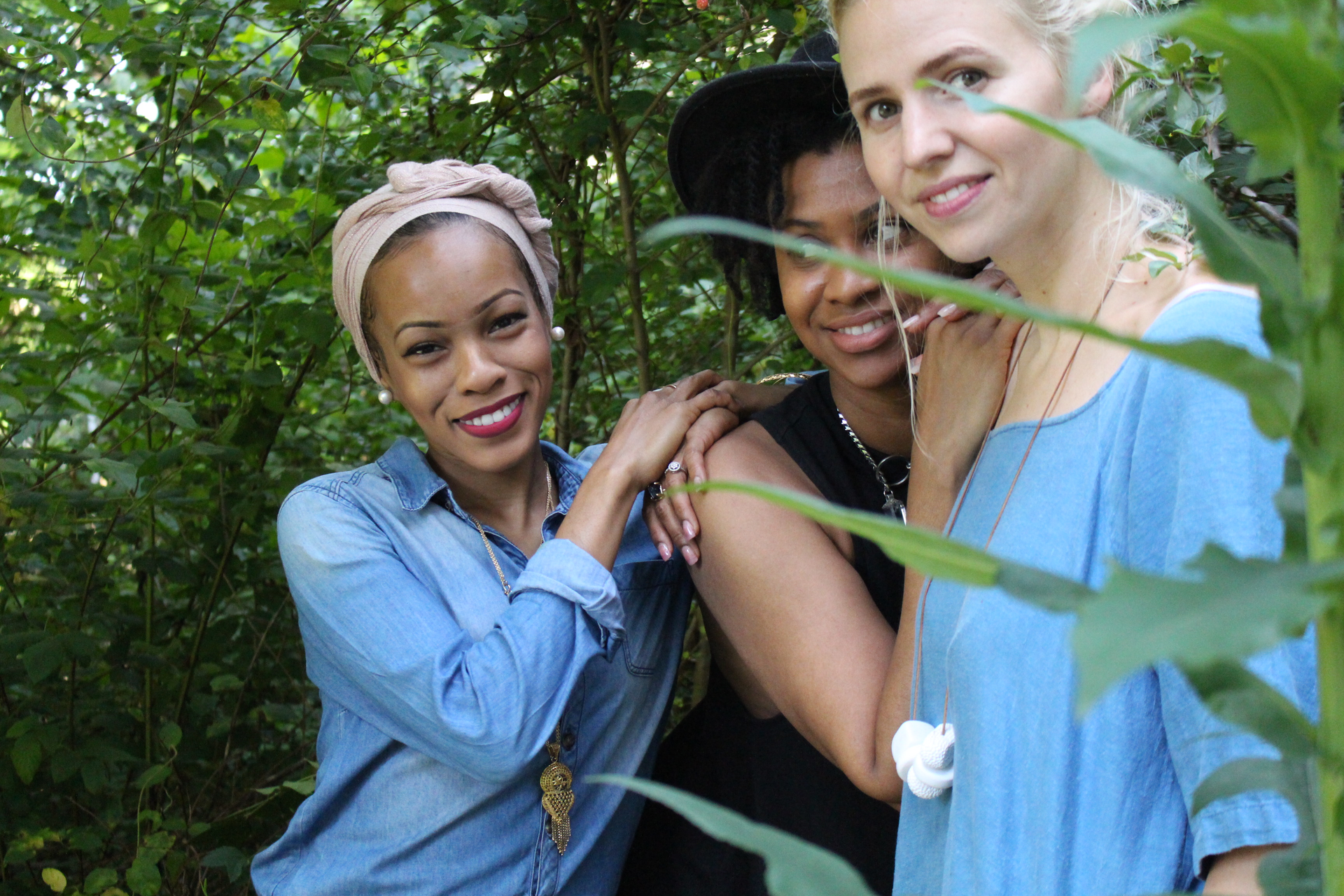 Photo credit:
Quianah Upton knows that a small bond of trust is formed when people eat together. This bond, she realized, can provide a platform for discussing uncomfortable issues among both strangers and friends. Upton affectionately calls this method "chopping it up," and it has become a fundamental source of inspiration for her newest dining event: the Collective Impact Dinner Series.

In the past, the Atlanta entrepreneur-about-town has used her famous dinner parties to attract creative-types to her vintage decor business, Arbitrary Living. But when Upton's clients sat down together and started eating, small talk quickly developed into serious discussions about community issues.

"I didn't want to get political at all but you really can't avoid it when you get communities together," she says. "These subjects just come up naturally in conversation.?۝

Upton recognized the potential her dinner parties had to break down the cultural barriers that separate Atlanta's diverse population. She believes now that they can facilitate a real social movement, raising awareness for communities in need and teaching Atlanta's foodies about where their food comes from. She started to familiarize herself with the local farmers and chefs who provided the food for her #ChopItUpATL dinners. "I was so grateful for all the support that I got from them, I felt like I just had to pay it forward," Upton says. "We all gotta help each other out, you know??۝

She decided to organize a series of five Collective Impact Dinners. Each would represent one step in the community food system production, processing, distribution, consumption and food waste recovery. Proceeds from all the dinners would benefit local nonprofits and small-time food distributors.

Upton held her first Collective Impact Dinner in February to benefit Gangstas to Growers, a local program that works to empower at-risk youth and those who have been incarcerated through agriculture, employment and entrepreneurship. The dinner used space donated for free by the Mammal Gallery.

"It was such a great variety of people from different age groups, races, economic statuses and demographics," Upton says. "I have no idea how some of them even heard about the dinner, but each of them offered a unique perspective to benefit each other.?۝

Upton's dinner groups are usually small, which makes collective discussion easier to facilitate. About 25 people have already signed up for this next dinner in the series: Collective Impact Dinner No. 2, which will take place this Friday at Studio No. 7 and benefit Carver's Produce.

Representing "processing" in the community food system, Carver's Produce is a local organization that helps small-time produce farmers effectively source their fruits and veggies to markets and supercenters in the city. In a good growing season, small farms in sparsely-populated communities will actually produce a surplus of food, but if the farmer can't afford to ship it to Atlanta, it will all rot. The goal of Carver's is to help prevent waste by providing farmers with transport or refrigeration for the surplus produce.

Upton hopes that her Collective Dinner Series will provide a safe place for candid dialogue about how access to good food affects the community. The gatherings are filmed for those who cannot attend.

Friday's dinner will feature a three-course family-style meal of green salads, smoked trout, a steak platter and a vegan board. All seasonal produce will come from local distributors, and dessert will be provided by Chelsea Hunter Harrison of the Naked Fig, a local health-food blog.

"When you eat a meal family-style, you have to talk to the person next to you," Upton says. "You have to give your neighbor something and they have to accept it from you. In that way, you build a small community together.?۝