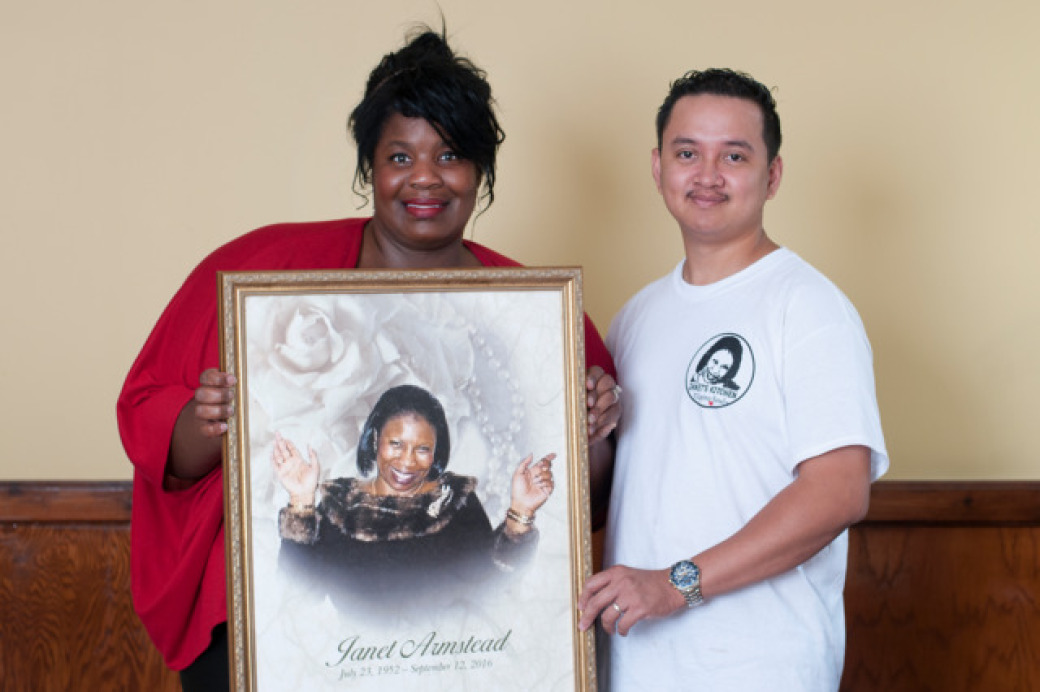 Growing up, Sanders took her mother's cooking for granted. Baked goods and belly-warming soul food were her specialties, all made from scratch. When Sanders was in college, Armstead would FedEx homemade dinners for her and her friends braised oxtail and sharp cheddar mac and cheese and candied yams laced with cinnamon, packed tight with ice in an insulated box. "She was the happiest when she was feeding people," says Sanders.

Armstead never worked as a chef full time, though she always dreamed of opening a restaurant. Instead, she held down a customer service job at a local insurance company while running her own catering business on the side for 40 years.

Her daughter, Sanders, was born and raised in Decatur but moved to New York to attend school and start a career. A consummate entrepreneur, she's launched several businesses over the years, including the Brookie Cookie, a Brooklyn-based online bakery centered around Armstead's famous double chocolate chip cookies. It took Sanders ages to perfect the recipe herself; she and her mother would bake together on visits then send products back and forth from Brooklyn to Atlanta for taste-testing a little more chocolate, a little less sugar, are you sure you're using real butter? "We were playing tennis with cookies," Sanders says, laughing low and infectious.

While working on a brick and mortar location for the Brookie Cookie, Sanders met a Filipino immigrant named Lester Francisco at the grocery store. Already friends with his sister, she managed to steal him away from his career in retail management to help her build the bakery. "We really bonded over that," she recalls. "He was good with his hands." Structural storm damage and a lack of landlord support eventually put an end to the build-out, but Sanders and Francisco had fallen in love. "We call each other San Francisco," she says. "Get it?"

The relationship deepened through food. Francisco would cook traditional Filipino dishes for Sanders: chicken adobo, tinola, shrimp lumpia and inasal skewers flavored with calamansi and lemongrass. In turn, she'd cook her mother's classic soul food: waffles and okra and black-eyed peas. It wasn't long before she introduced Francisco to her mother. "Instantly, they clicked," Sanders recalls. "Because he's such a good cook and obviously that was her life, so then they just started to conspire together."


The results were rather magical: Armstead and Francisco found common threads linking their culinary traditions, mixing and blending ingredients and methods. "The cuisines are similar," says Sanders. "They're so far apart but when you bring them together, they work very well. It gives you a Spanish, Caribbean type of feel." She remembers the time her mother baked bibingka, a holiday cake from the Philippines traditionally made with rice flour in a clay pot lined with banana leaves. As a surprise one Christmas, Armstead whipped up a cornbread version. "She was trying to fit in," Sanders says, laughing again. She and Francisco married in the spring of 2015, with her mother's blessing. Armstead continued visiting them in Crown Heights during holidays; the pair would travel down to Atlanta several times a year. Whenever they got together, they would cook.

Then, one day in September 2016, Armstead suffered a stroke and died suddenly. Nobody saw it coming. She was 64.

For Sanders, everything stood still. "Death really makes you present," she says. "It makes you understand you're not immortal. So if you're gonna do it, do it." In Sanders' case, "doing it" meant dropping everything, leaving her life in Brooklyn behind, and moving back to Decatur with her husband to open a restaurant in her mother's honor.

"I was her only child," she says. "I made a pact with myself to make her dream come true."

Armed with passed-down recipes and hours upon hours of kitchen time with Armstead, Sanders secured a space in a Clairmont Road plaza in North Decatur when Pyng Ho Chinese Restaurant moved a few doors down to expand. She called her new restaurant Janet's Kitchen. The logo comes from Sanders' favorite picture of her mom, smiling huge as she always did when feeding people she loved. "It's her essence," says Sanders. "It gives people that connection with her as the brand of her own company, even after she died."

Francisco and Sanders planned a menu they call "soul food with a Filipino twist." He cooks Filipino entrees like braised pork adobo and ukoy fritters made with shrimp, shredded sweet potato, bean sprouts and green onions. She's in charge of soul food sides, like collard greens with turkey neck, and desserts, all derived from her mother's recipes. There are even buttermilk waffles paired with Filipino-spiced chicken tenders. Sanders isn't afraid to use the word fusion.

On September 23, almost exactly a year from the day that Armstead died, Janet's Kitchen debuted with a ribbon cutting ceremony. At the grand opening, friends of the family, former coworkers and new fans filled the space, eager to try one of Atlanta's few Filipino restaurants. For Sanders, who cut the ribbon herself with a pair of scissors that belonged to her mother, it was cathartic.

"It's so freeing to be here and do this," she says. "Even when I was in New York, my life was here because my mom was here. Now, even though she isn't here anymore, I have this house for her."