Inside the mind of Rowdy Dowdy

The DIY drag-arts collective dreams of a larger future 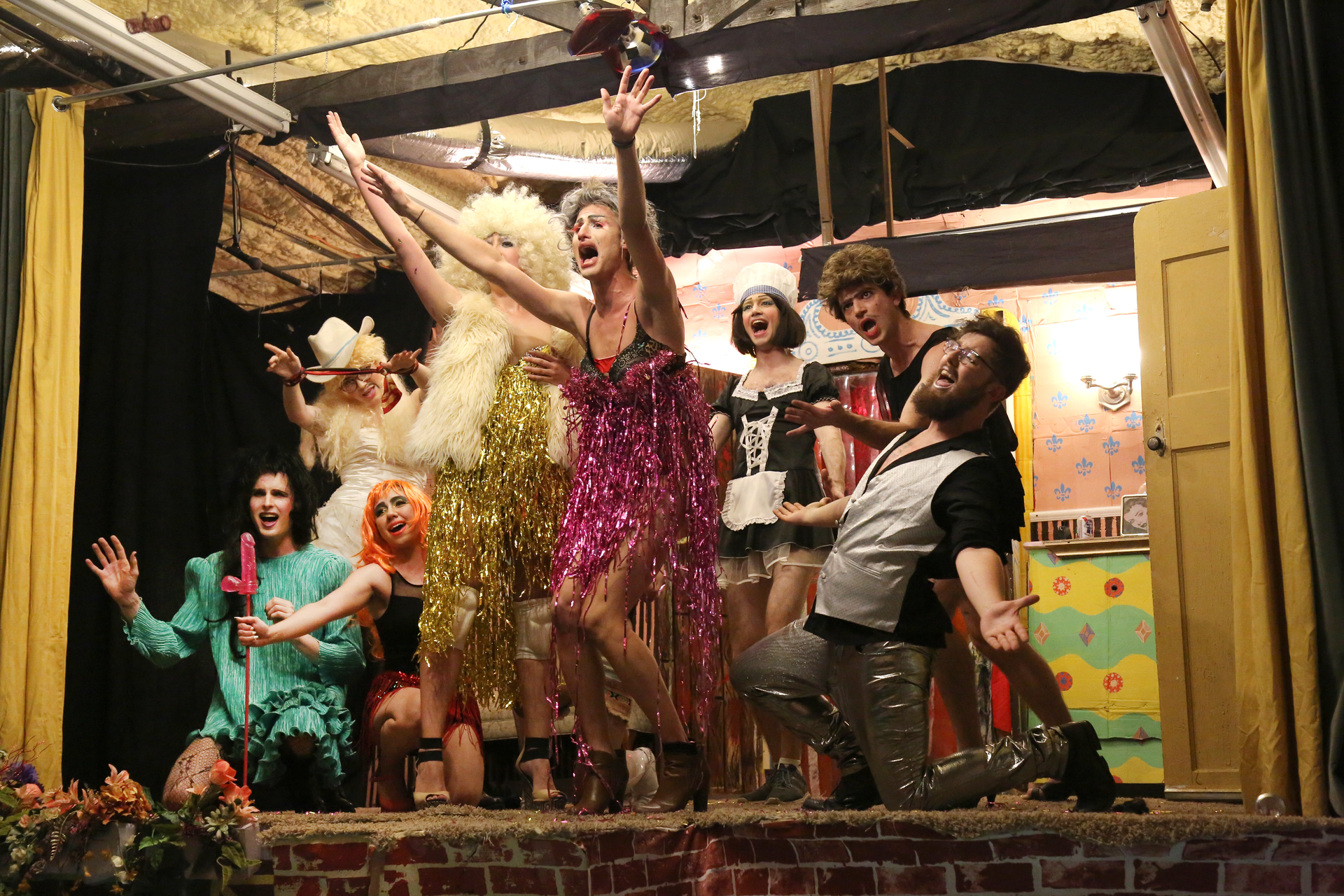 Crossing over the threshold at Rowdy Dowdy is like stepping into a glamorous world of dreams, tangled up in a glittery atmosphere of hanging tapestries, Christmas lights and drag-clad bodies. What was once a Capitol View mechanic's shop is now ground zero for a raucous experimental LGBTQ arts and music scene by night.

Though the quiet neighborhood on the edge of Sylvan Hills and Adair Park seems an unlikely part of the city to find such an adventurous place, the venue and collective known as Rowdy Dowdy operate as a haven for independent music, film and theatre productions. "We are giving new meaning to what it takes to entertain the masses," says Durham "Durs" Henderson, one of the co-founders and heads of Rowdy Dowdy. "Our plan is to take this art everywhere approach to the city at large and give Atlanta the dowdy touch.?۝

Such grand ambitions come from humble beginnings. Rowdy Dowdy was conceived in 2013 by a group of University of Georgia students who renovated their rural living space to create their own venue to host parties, live music and performance art. The venue, located off of Dowdy Road in Athens, Georgia, quickly became one of the premier party spots in town, making a name for itself with a number of wild parties that combined elements of house shows with all-out college ragers.

The collective left its original location by late 2016 to find a larger home where it could build a bigger name for itself and the concept the group had created. Hoping to become more than a place for parties, after a brief stint in a location near Turner Field, Rowdy Dowdy relocated to the old mechanic's shop at 1300 Sylvan Road in Southwest Atlanta. And thus began transforming the space into the multi-purpose venue of their dreams. Working, performing and even living there, Henderson, along with David Iduate, Maggie Henderson, Jay Douglas and a host of other collaborators dedicated themselves to being the epicenter of a new DIY art movement.

Now, as the group approaches the first anniversary of its Atlanta rebirth, "Dowdy" has become one of the outlandish art spaces to grace the city's music scene. In addition to hosting a variety of weekly shows, the venue's blowout events such as "The Big Thing," a day-long summer music festival, and the inclusive "Bakesgiving" Thanksgiving show have pushed for diverse, multi-genre lineups that bring together underground artists from Atlanta and beyond, such as Superbody, Coco & Clair Clair, Monsoon, Neighbor Lady, Fuiste and more.

For Henderson, the move to Atlanta was a paradigm shift for Rowdy Dowdy. Most importantly, the change in environment inspired the group to become a more vocal entity in the city's LGBTQ community. "In the move to Atlanta we discovered the artform that is drag and we were able to create these larger-than-life characters that run the show," Henderson says. "Now, it is quite clear that tall, sexy, slim, beautiful, perfect queens are the ones in charge. Atlanta has accepted this ideal with opens arms and is impressed by what we do.?۝

Looking toward the future, the collective is planning new ways to expand its operation and become more than a music and performance art venue. Inspired by a deep passion for theatre, "the Dowdy Gals," as the collective's members call themselves, have also begun incorporating plays and sketches into their expanding artistic universe. The collective's first theatrical production, "The Man Downstairs: The Musical," which debuted May 26, was an ornate meta murder-mystery tale crafted from equal parts debauchery and parody.

Due to the last year's rapid expansion, the once run down space that houses Rowdy Dowdy has become filled with artwork, musical equipment and a newly renovated garden, covering nearly every inch of their home. Running out of both living and storage space, Rowdy Dowdy says they will soon have to find a new location to accommodate their growing ambitions. "The plan is to eventually get a spot in the East Atlanta Village or Little Five Points or another hip and happening side of town, and open a true arts and entertainment community center," says Henderson. "Right now we live in the venue and cleaning is my full time unpaid job, so I would eventually like to live in a real house with real rooms and then have a separate venue.?۝

In an effort to maintain the collective's mystique, Rowdy Dowdy won't give away many details regarding specific plans for its future endeavors, other than saying that more grandiose plays and a "Dowdy TV" series of online video sketches are in the works.

While changes lie ahead for the collective, their story shows that starting from even the dowdiest of beginnings, the drive of a group's creativity and dedication to the community can lead to quite the dazzling future.

Seeds of Sound Music and Arts Festival at the Bakery, Antarticats farewell show at the Drunken Unicorn, Wrecking Bar Strong Beer Festival, and more | more...
Search for more by Jacob Chisenhall
[Admin link: Inside the mind of Rowdy Dowdy]

Spider for Inside the mind of Rowdy Dowdy