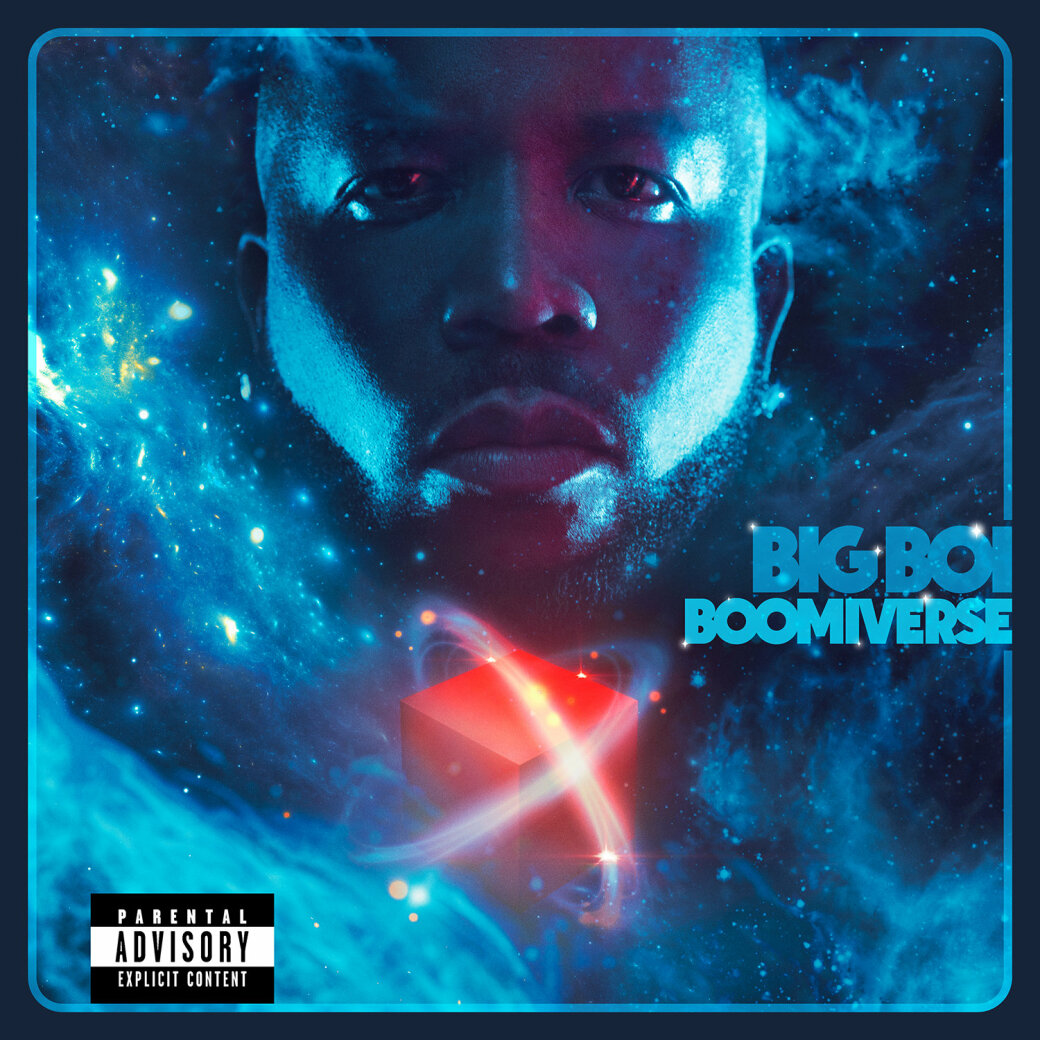 It's comforting to hear Big Boi's voice again. And Big Rube, too! As the urban live-work-play condo-shopping blitz has irrevocably warped the fabric of old Atlanta, Boomiverse's arrival is a morale booster, a foglifter upping those feelings of hometown pride in work-a-day ATLiens fighting rising rents, collapsing interstates, and PTSD over the Super Bowl. From the opening one-two punch of "Da Next Day" into Killer Mike's molasses salvo in "Kill Jill," it's clear that the OutKast/Dungeon Family foot soldiers are on the move with Big Boi's third solo album. And the Purple Ribbon All-Stars team is lined up to lay down bars: Killer Mike, Scar, and Sleepy Brown share featured space with the late Pimp C, Jeezy, Gucci Mane, Snoop Dogg, and Adam Levine of Maroon 5.

"In The South" is a tailor-made original flavor Southern hip-hop anthem. "Kill Jill" and the album's closing number "Follow Deez" are driven by a dark and venomous flow. Even "Mic Jack" with its Adam Levine cameo is forgivable. Big Boi has done this sort of thing before: remember "Follow Us" featt. Vonnegutt from Sir Lucious Left Foot? Same thing. Levine's corn dog voice effectively pulls you right out of the moment, but it's only one speed bump in a solid tracklist. The Gucci Mane/Pimp C combo that follows during "In The South" is more than enough to restore order to the Boomiverse. "All Night" builds around a bit of Billy Joel-style piano-driven pop. This one can be skipped. Big and L.A. rapper Troz̩ straddle hip-hop and old-school house/techno production with "Chocolate," and it turns out to be the catchiest and most compelling number on the album.

Variety is the spice of life, and that's a maxim that Big Boi seems to have mastered since the days of hollering "Hootie Hoo" and dropping "Bombs Over Baghdad." Boomiverse is a slow ride, a lean and mean pleasure cruise through generation-one Dungeon Family jams when Atlanta needs it more than ever. ★★★☆☆