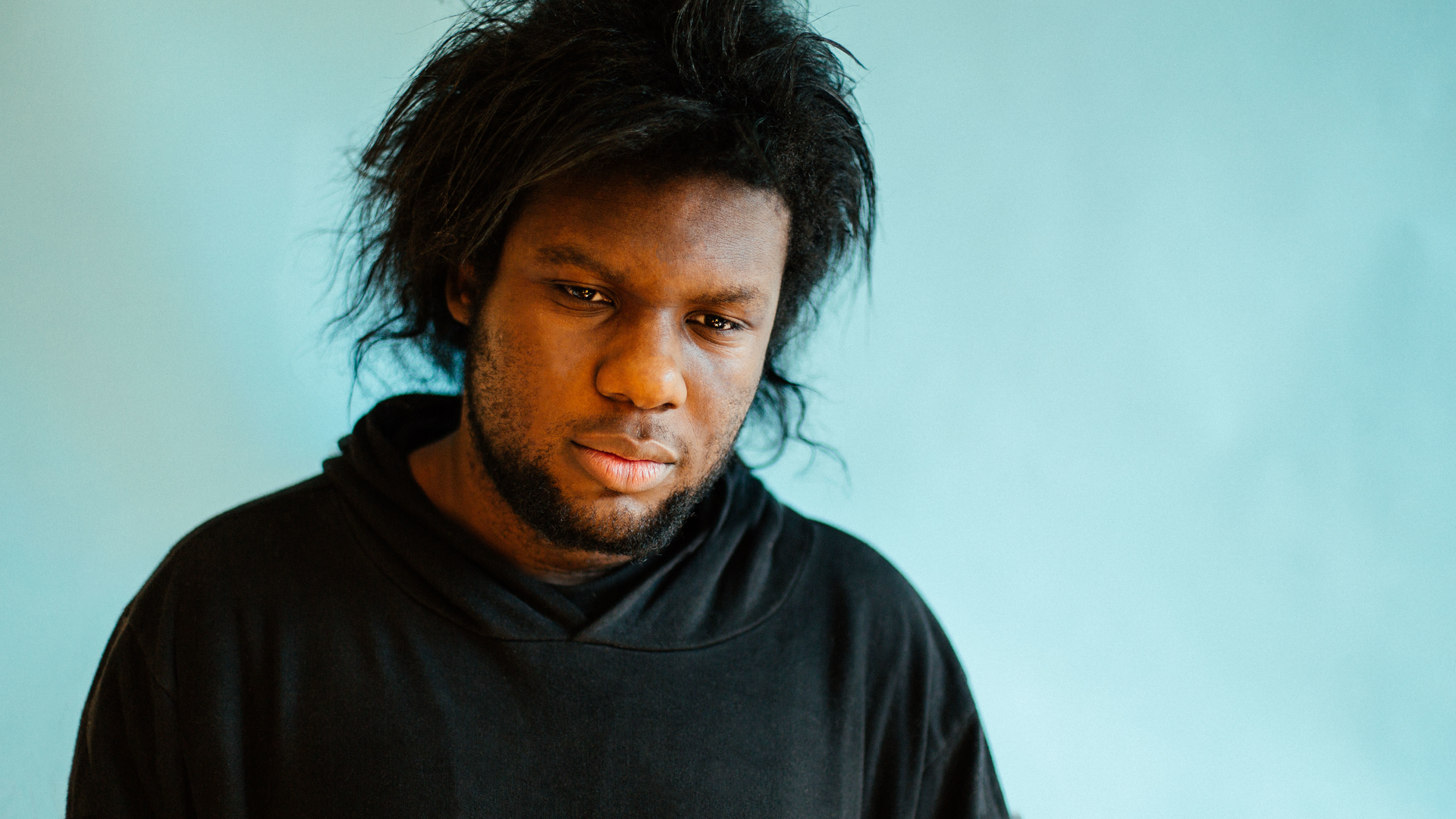 Seanny Georgie began his solo electronic music project NO EYES in 2009. Over the last eight years Georgie has blended elements of underground genres such as dreamwave, witch house, world, and drone music, into haunting and shoegazey sounds rife with 8-bit glitches. Georgie hones in on DIY aesthetics by single-handedly producing and recording songs in his bedroom with an arsenal of analog synthesizers. NO EYES recently signed on with the New York-based Never Normal Records, alongside like-minded artist Suzi Analogue, with the forthcoming ??_ EP due out in late July. Georgie recently landed sponsorship with Asheville-based electronic instrument manufacturer Moog Music, Inc., adding new elements for Georgie to delve into even further. Georgie took a few minutes to discuss his musical ambitions, how his music is perceived and Atlanta's electronic music scene.

How is NO EYES different from your previous projects?

I'd been playing in punk noise rock band So So Death, and wanted to branch out. With NO EYES I have complete control over what I wanna do. I can open up and fully be myself inside a track.

How do you describe NO EYES?

I'm influenced by footwork and jungle music, stuff like that. The dance music I'm influenced by most is footwork, so it has those rhythms and beats. I grew up around soca Caribbean music, because my mom is from Trinidad. I mesh that with punk music and angst, post-rock and shoegaze and all that.

What kind of synths do you use?

I use this '90s Yamaha FM, it looks like a toy almost. I started to see you could do different things, like record your voice and sample it. It gives this cool lo-fi type of analog sound I couldn't get out of expensive synths. I also have an awesome Casio with a graphic EQ; it's this old analog '80s synth.

How did your Moog sponsorship come about?

I was roommates with Emily Parker, the director of Moog. She talked to me and Suzi Analogue who played Moogfest. She said, "I'm gonna send you these things and I want you to use them in your music." I'm gonna be able to use the Mother-32, which is a sequencer/semi-modular synth. I'm actually gonna get to use that and venture on with my music in a very different way.

What is the difference between EDM and what you do?

Everyone here is stuck on what EDM is and not so much what underground electronic culture is. People are still stuck on 2005 dubstep or weird stuff like that. The differences are pretty major. Just like pop music now compared to pop music that came from Motown, there's actually feeling and emotion and soul in it, versus music where you have 50 writers trying to convey some fake emotions and some artist has to belch that out onto a record. You take music that people like me make, we go into our bedrooms and it's just us. I think that's what's missing in EDM. Most of it is just a bunch of people writing one song and there's zero emotion, it feels emotionless. It feels like they're trying to convey they can sell it to a demographic of people instead of, "Oh, we actually feel this.?۝