This hardcore outfit has something for everyone 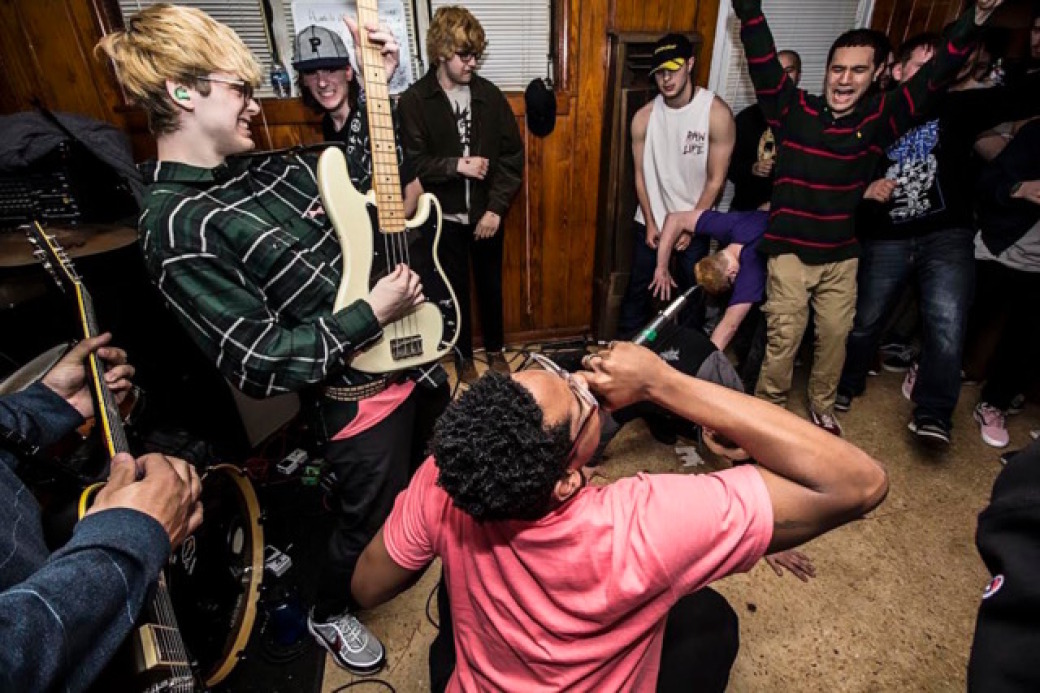 What's in a name? It's the first foot forward for any band, and carries particular weight if it chooses one like Pay to Cum. For members Travis Arnold (vocals), Jalen Jenkins (guitar), Hunter Pinkston (guitar), Mason Dominey (bass) and Curtis Callis (drums), it serves as an homage to the debut single of seminal hardcore outfit Bad Brains, a major influence for the group. "They're arguably the first hardcore band ever, so that would be one of the first hardcore songs ever," says Pinkston. "That was a song that stuck with all of us, me and Travis especially, it's so crazy and raw. When we started the band, we thought it would be crazy to name it that. I don't think too much thought went into it."

All of the songs from Demo 16, which dropped on Bandcamp in September 2016, appear on the group's LP, Band in Atlanta (released in April via Brainstorm Records), along with five new tracks and a cover of "Now I Wanna Sniff Some Glue" by the Ramones. "We hadn't decided to do an LP," says Pinkston. "We were just going to release a couple of songs, but then some publication that wrote about us said that we were going to do one, and so we all decided, ???Well, maybe we should just try to do it and see.'"

The resulting album is imbued with the band's characteristic sense of urgency, and calls on reggae, psych rock, and hip-hop sampling techniques to create a dynamism that transcends the songs' hardcore base. The closing track, "Peace Through Compassion," particularly showcases Pinkston and Jenkins' ears for melody through improvisation, and features a sample of Bad Brains' H.R. himself preaching, "Unity, real unity, not just talking about it," to close out the album.

While the name continues to turn heads and the music gains traction (including an appearance at Afropunk in Brooklyn this summer), this tenet of inclusion remains central to Pay to Cum's mission. "We've seen plenty of people want to preach unity in the hardcore scene, music scene, in everyday life and in politics, who preach unity and then don't practice it, don't accept people," says Pinkston. "They want their image to be that they're accepting. We just actually want to accept everyone and for the band to be for everybody. We don't want to shun anyone away."