Iggy Pop, Watch the Duck, the Coathangers and more fill out the lineup for the second annual East Atlanta blowout 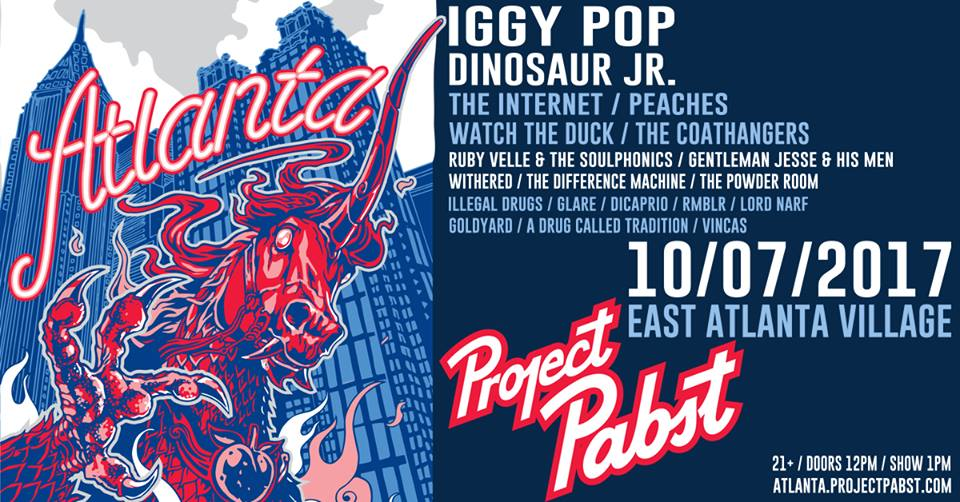 "We're excited to return to Atlanta for a second year," says Pabst's National Brand Ambassador Matt Slessler. "Atlanta has always been a champion of PBR and we can't wait to bring our festival back to East Atlanta."

In addition to the lineup, Project Pabst brings additional elements of local art, old-school video games in the PBRcade, the PBR Vandalism interactive graffiti art display, Pabst Wax an on-the-spot pressing of vinyl recordings that fans create themselves and of course, beer. An Atlanta artist will be highlighted on a limited-edition Project Pabst tall boy.

Here's the full lineup. Get into it.

Advance tickets are on sale now for $45 via Project Pabst. Tickets will also be available at the door for $55 (if they're still available).