How did your 'hood vote in the mayoral race? 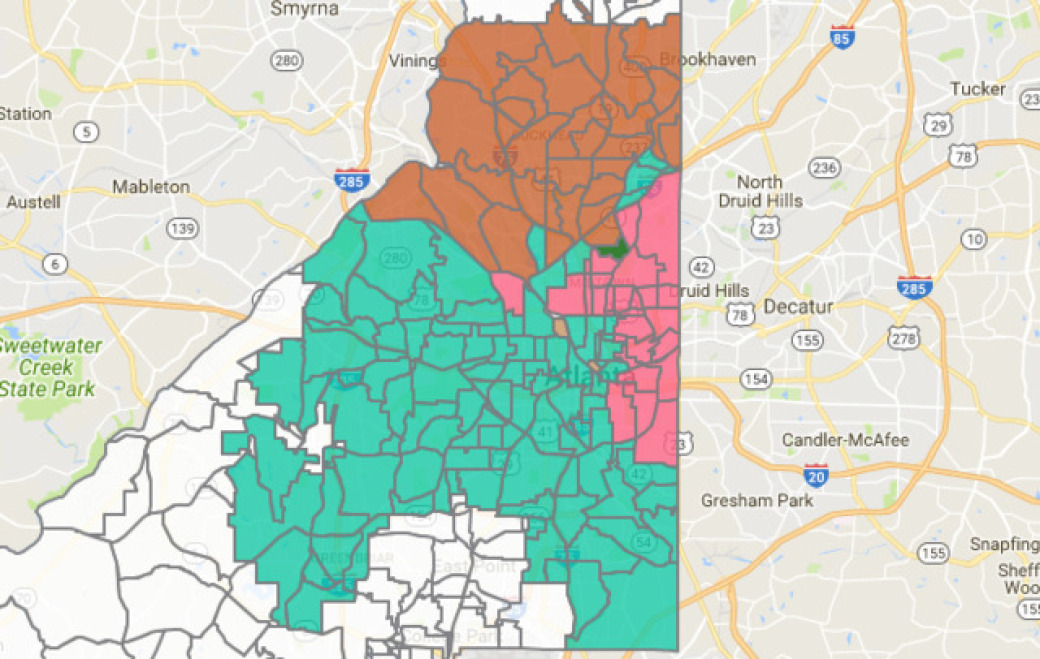 Despite all the hubbub about how jam-packed Atlanta's mayoral contest has been, this amazing map of Fulton County Atlanta mayor election results paints a different picture, one of strikingly little variety of candidate wins. This graphic clearly shows that just three candidates dominated very specific areas areas of Fulton County.

- Peter Aman (dark green, 11.47 percent of vote) took an area around Ainsley Park, claiming the title of being the only other candidate to win an area of Fulton county other than the top three.

Click here to see the final results in your neighborhood.