Out with the old, in with the new, leaky Mercedes-Benz Stadium 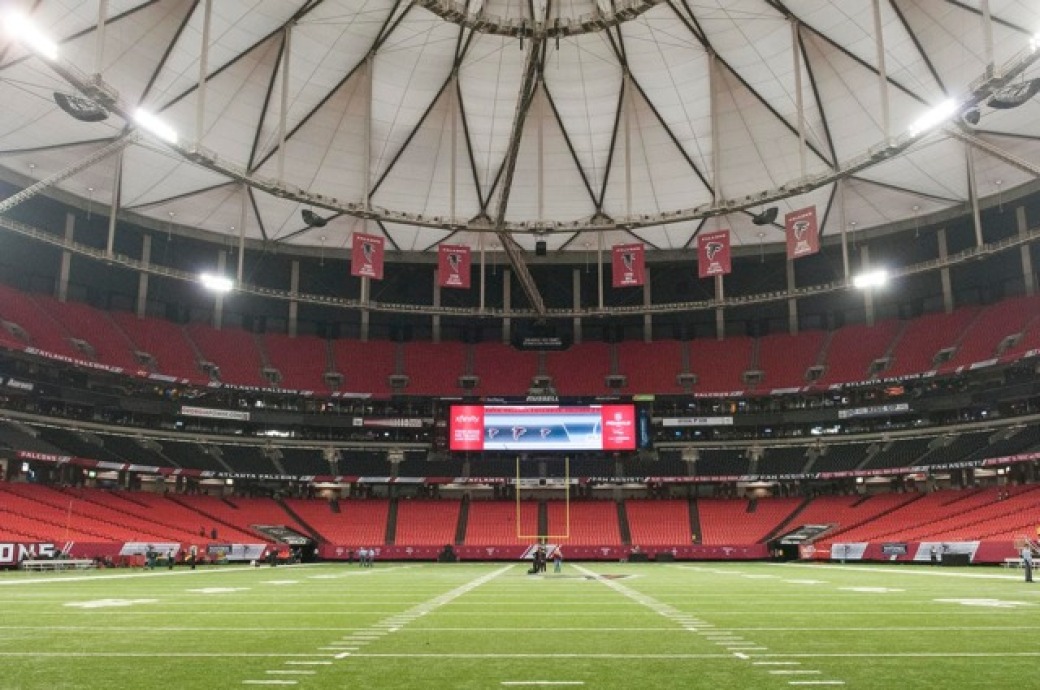 Photo credit: Joeff Davis/CL file
KABOOM!: Out with the old, and in with the new, leaky Mercedes-Benz Stadium.
By Sean Keenan Wednesday November 1, 2017 03:25 PM EDT

In just 19 days, explosives experts will turn the decades-old Georgia Dome to rubble. As a safety precaution, there won't be any public viewing areas available, but WSB-TV just teamed up with the Georgia World Congress Center Authority to broadcast the demise of the Atlanta Falcons' recently-retired stadium.

Now that the Mercedes-Benz Stadium towers over the Dome it replaced, the soon-to-be empty plot will give birth to a 13-acre greenspace which some say will play host to tailgaters.

At first glance, the park might seems like a gift to impoverished Westside communities, although Creative Loafing recently dubbed the new stadium project the "best scam" in our latest Best of Atlanta issue.

"While the Arthur M. Blank Family Foundation has "donated" upward of $20 million to the impoverished Westside neighborhoods next to the stadium, that hardly makes up for the hundreds of millions of dollars in public money that has gone to the stadium construction increasing the value of the Atlanta Falcons," one contributor wrote. "Imagine the impact if the public money used for construction was directed to neighborhood organizations in the poorest areas of the city."

Meantime, crews at MBS are charged with repairing the magical moving roof, which, after hosting just two events, sprung a leak under heavy rainfall.