... at least not until Saturday 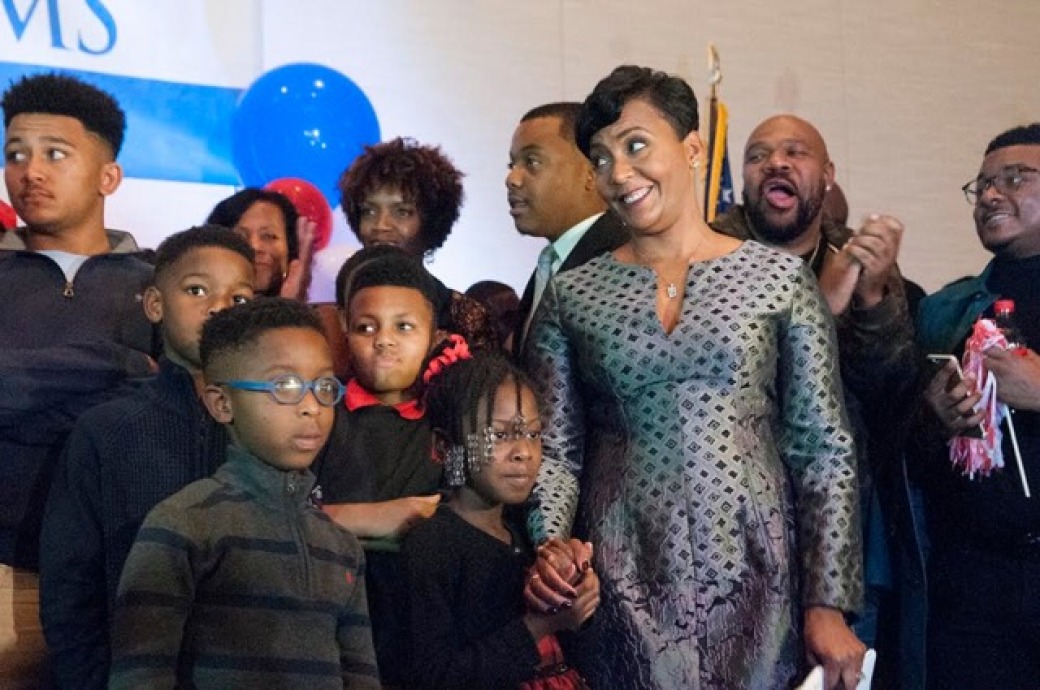 Photo credit: Joeff Davis
Keisha Lance Bottoms, from her Downtown party, celebrates a win with her family, while Mary Norwood calls for a recount from Midtown.
By Sean Keenan Wednesday December 6, 2017 03:01 pm EST

How is it possible that we woke up still living in Atlanta's mayoral madness? We at Creative Loafing had crossed our fingers and toes, hoping last night's election results would seal the deal for one of the two Atlanta councilwomen in the runoff race. We didn't even pick a favorite in this contest; we just wanted it to end.

When the last vote was tallied around midnight, Councilwoman Keisha Lance Bottoms seemed to be the sure-thing successor to Mayor Kasim Reed. She even gave a victory speech at her raucous election results watch party, and Reed dubbed her mayor-elect.

While Bottoms thanked her supporters at the Hyatt Regency Downtown, Norwood demanded a recount from her party at Midtown's Park Tavern. This contest, said Norwood, "is not over yet."

Mary Norwood cruises through a crowd of teary-eyed supporters before telling them she'll demand a recount.
photo by Sean Keenan

Norwood said last night that absentee ballots for voters in the military have yet to be counted, and provisional ballots could be added up on Thursday. Plus, she said, she's still not sure if two new precincts in DeKalb County contain the votes to tip the scales.

The recount is slated for Saturday, according to CNN.

"The next few days are going to be all hands on deck and all analysis done," said Norwood.