The entire Dungeon Family reunites for One Musicfest 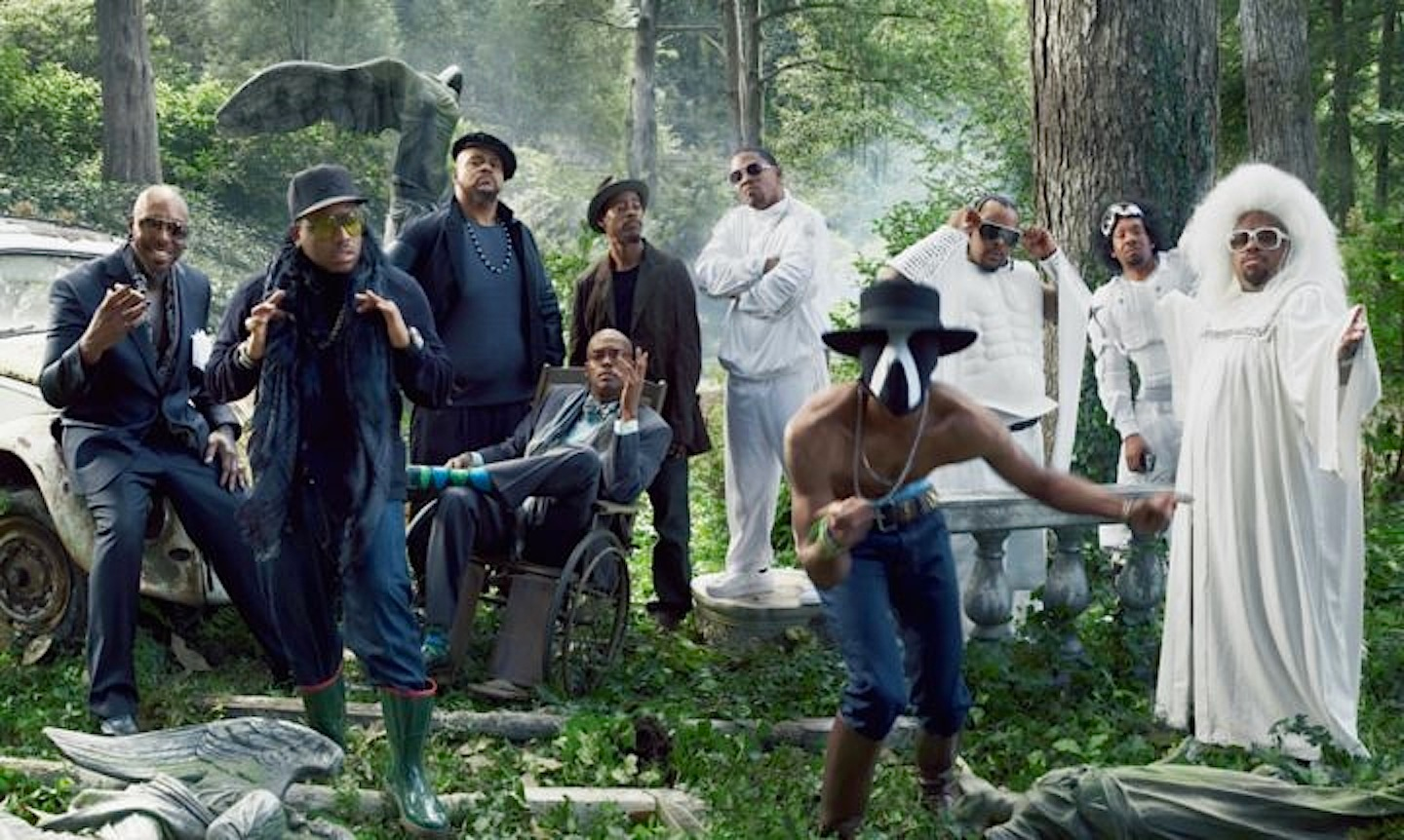 Photo credit:
On September 10, ONE Musicfest returns once again to Lakewood Amphitheater. The homegrown music and arts gathering continues the tradition of featuring a lineup of established and rising stars in the urban progressive arena — acts who eschew mainstream R&B, pop, hip-hop, and indie sensibilities for a multi-genre mashup of cultural expressions and political statements.

Ask event founder, J Carter, if he still has the same fire inside that's driven him from the beginning, “I’m insane actually,” he says with a laugh. “It’s definitely a passion — even bigger — for progressive urban music and the community. It has grown into a pilgrimage. I don’t know where you can possibly go to see Kendrick Lamar to the Internet to Dungeon Family to Ice Cube. When you build something like that, you don’t know how unique it is, it’s just something you love.”

Now in its seventh year, OMF, has grown from a regional day party to a destination concert for guests from all over the country, complete with art, music, food, games, and other attractions. To put it bluntly, One Musicfest matters. The festival's organizers and its attendees alike have found their own special sweet spot: One Musicfest brings out classic acts without being too “old school,” yet stays mature enough to avoid passing trends in favor of grabbing young artists who show staying power as their careers build steam. It’s a compelling balance for both returning revelers and newcomers; behind the scenes and in the crowd.

This year, Atlanta's first family of hip-hop, the Dungeon Family, gets top billing. They've upped the ante with word that the Family’s most elusive member André 3000 will indeed grace the stage with his presence. CeeLo Green let that one slip on the Sway in the Morning show.

Three Stacks, who has yet to release a solo project, comes fresh off the heat of his thunderous guest verse on "Solo (Reprise)" from Frank Ocean’s latest album, Blonde.

André’s name doesn’t appear on the bill. But like the hook in the Dungeon Family’s “Trans DF Express,” hearing CeeLo say, “Stacks’ goin’ be there” is enough to convince a few folk who were on the fence to “grab their ticket and come get with it.”

CeeLo also casually mentioned a project he has in the works titled Gemini Method, along with another Gnarls Barkley album. Anything with Gemini in the name sounds like a good place for his fellow twin, 3000, to drop another game-changing verse. So far, the closest the world has seen to a full DF reunion is the Goodie Mob set of 2013. Atlanta’s groundbreaking hip-hop collective is set to appear with all members, including Big Boi and production trio Organized Noize. Of course, the three sold out shows of the 2014 OutKast reunion are still fresh on the minds of locals and travelers who packed out Centennial Olympic Park to watch the duo rock their final shows.

Other standouts include, a returning Erykah Badu, NWA alum Ice Cube, and soul songstress Jazmine Sullivan. BJ the Chicago Kid, A$AP Ferg, Busta Rhymes, and more round out the lineup.

Carter is particularly excited about the first act who signed on for 2016: “We pursued Gary Clark, Jr. two years ago,” he says.

The crooner, known for keeping an exhaustive rock festival schedule, is making his first appearance at OMF this year. “He doesn’t get to perform with progressive urban and hip-hop artists,” Carter says.

As for the future, Carter only hints at bigger things in the works. “We’re hinting around at making it two days,” he says. “It’s almost too much music for two days.”

There’s also talk of expanding beyond the music, with more programming such as April's Tech Talk with Ryan Leslie, and creating a variety of events under the OMF banner. “We’ve always had press conferences or panels,” Carter says. “Our audience is looking for that dialogue, that master class or seminar. We’re feeding that hunger and connection."

No value assignedANDERSON .PAAKThe Oxnard, Cali. native rapper, producer, and singer makes his One Musicfest debut. .Paak has carved out his own lane in the resurgence of the West Coast hip-hop in a space made by his fellow Golden State artist and festival alum, Kendrick Lamar. When the 30-year-old producer and artist, born Brandon Paak Anderson, isn't singing or rhyming over his singular interpretations of blues, soul, and jazz music, he’s calling his peers to task to know their hip-hop history by tweeting out that “real artists are students of the game first.” His latest album, Malibu, is a sonically tight and sexy 16-song set that includes such standout numbers as “Waters” featuring fellow performer, BJ The Chicago Kid.

No value assignedANDRA DAYCalifornia is represented big time in this year’s OMF lineup. San Diego's rising star, Andra Day’s jazzy voice has made her popularity climb like her aptly named single, “Rise Up.” Last year, the Stevie Wonder protégée appeared in an Apple Christmas-themed commercial alongside the super soul veteran.  She also received a nod from Rolling Stone on last year’s “10 New Artists You Need to Know” list She even gave her musical peer Alicia Keys a run for her money on the remake of “Empire State of Mind,” by performing the song with equal vocal power and a lot more control.

No value assignedGARY CLARK, JR.The Austin native and blues singer and guitarist honors his influences, from Muddy Waters to Jimi Hendrix, while crafting a completely modern sound. Standout numbers from his 2015 album, The Story of Sonny Boy Slim (Warner Bros. Records) include “Healing,” and “Can’t Sleep,” while his 2011 debut EP, The Bright Lights, delivered songs such as “Don’t Owe You a Thang,” which sounds like a classic rock jam from an era gone by. Based on Clark’s performance experience at large music festivals including Lollapalooza, Bonaroo, Sasquatch and Coachella, OMF is a natural fit.

The Stevie Wonder protege is on a roll | more...

The Dungeon Family, Organized Noize and many more made Atlanta proud | more...
Search for more by Shannon Barbour
[Admin link: The entire Dungeon Family reunites for One Musicfest]

Spider for The entire Dungeon Family reunites for One Musicfest