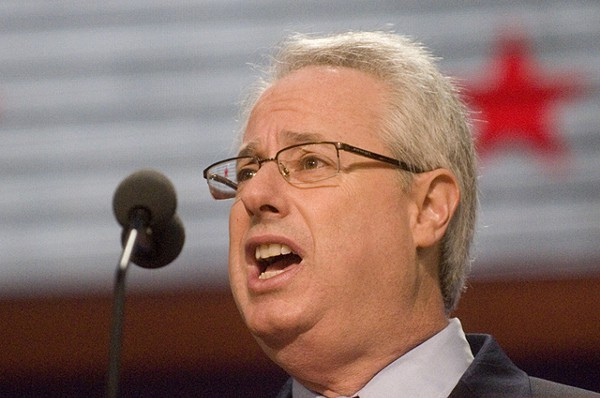 Photo credit:
Attorney General Sam Olens' name has been floated as a potential candidate to fill Kennesaw State University's presidential vacancy, an idea that has been met with resistance from university faculty and professors who say they want to see a nationwide search and not a political appointment. "'First, such an appointment would circumvent the norms of larger institutions of higher education. Such an appointment would apparently be made without any formal input from faculty, staff, students, or trustees of KSU,' [Andrew Pieper, head of the campus chapter of the American Association of University Professors] wrote in a letter... 'Second, such an appointment would seemingly import to Georgia a troubling trend of making institutions of higher education subject to political machination, which as our letter this summer discussed, has had negative ramifications at virtually all institutions where it has occurred.'”

Georgia's Division of Family and Children Services will end its use of hotels as temporary housing for foster children, known as "hoteling," by the end of 2017. According to a recent report, "there were 119 children and youth who spent a total 947 nights in hotels in metropolitan Atlanta in the last half of 2015. On average, these children and youth spent close to seven nights in hotels during that time frame" with a DFCS staffer.

The National Museum of African American History and Culture opens next weekend in Washington, DC. Here's a sneak peak from the New York Times.

image-1 ? Hillary Clinton officially won the Democratic nomination for the presidency last night. In the words of Georgia Rep. John Lewis, who seconded Clinton’s nomination, “We are not going back we are going forward. Eight years ago our party, the Democratic Party nominated the first person of color to ever serve in the White House. Not just for one term but for two terms. Tonight,... | more...
Search for more by Debbie Michaud