New tenant celebrates the rehab of the iconic building 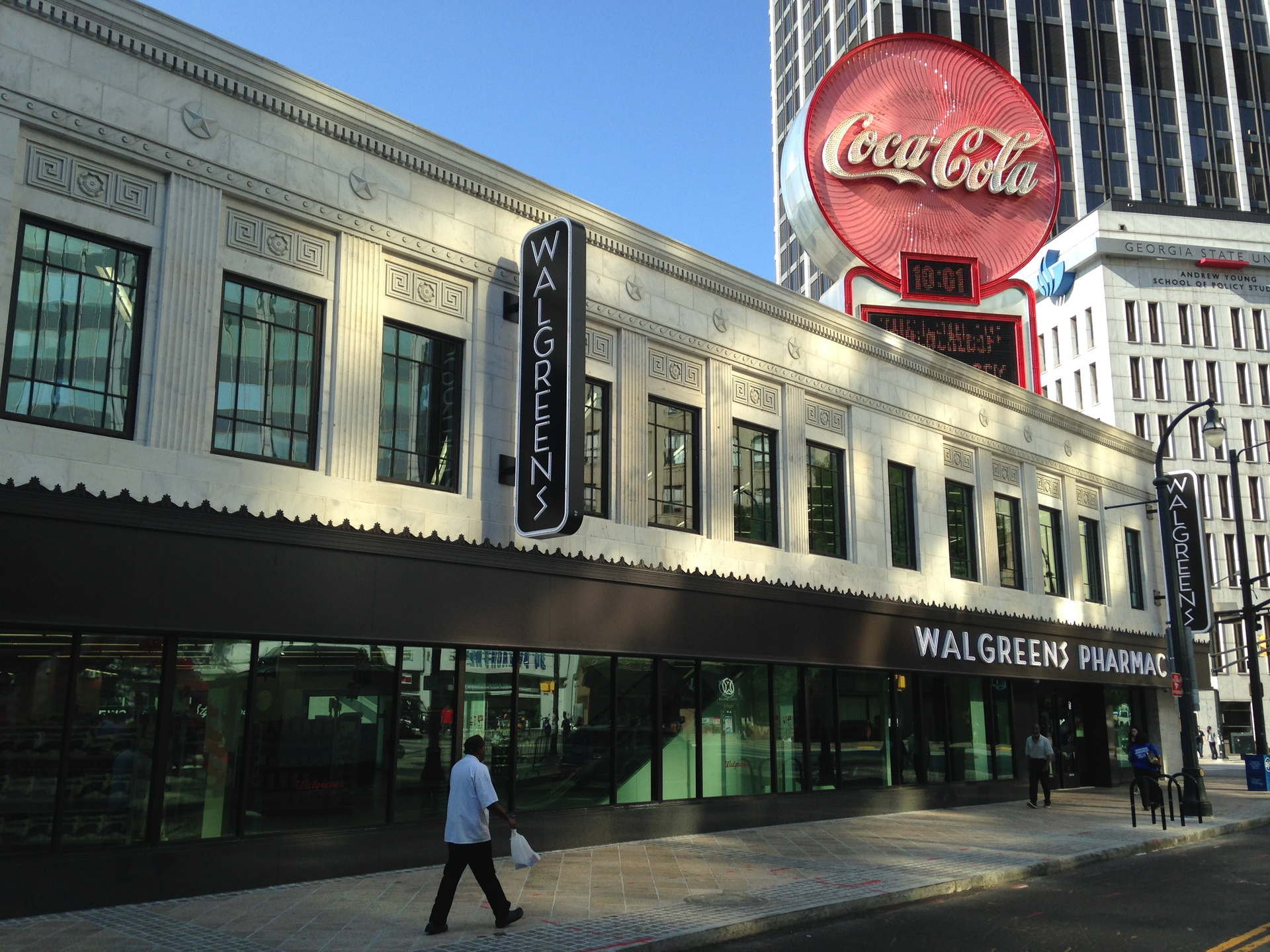 Photo credit:
The old white marble building at Five Points is a pretty neat looking place to buy snacks and soaps and whatnot.

And that’s part of the point for the folks who put time and money into restoring Atlanta’s iconic Olympia Building.

City and state worthies, plus bosses from Walgreens, from other area businesses, and from the firms that worked on the building gathered for a formal ribbon-cutting at the drug store on Friday morning.

The store has actually been open for a while, and shoppers weaved through the celebration to pick up their sundries and prescriptions.

The building's reuse can be seen as a success in a city that’s been accused of not putting much value on buildings that make Atlanta distinctive or that feel special.

“For me, we’ve done … projects that are new ground-up deals; this was the most exciting thing probably I’ve been a part of,” said Cullen Hawkins, principal at Encore Real Estate, the company that bought the 1936 building a few years ago.

No value assignedIt’s pricey to bring an old building up to code and modernize it, yet retain the old look. The Olympia Building is now braced by steel and the windows are insulated. The font on the signs would be familiar to Atlantans from decades past and the shape of the windowpanes matches what’s in old pictures.

Hawkins said his company had a vision for revitalizing the old building and that Walgreens bought into that vision.

Walgreens “allowed us to do more than we would have been able to do without them,” said Hawkins.

That’s similar to what other folks who rehab old buildings say: Some clients are interested enough in the look and feel of an old space that they’re OK with the time and cost to fix it up right.

And the tenant in this case gets a building so pretty that people will take pictures of it and the Walgreens name will decorate the epicenter of Atlanta just below that of Coca-Cola.

The Olympia Building has had landmark status protection from the city since 1990 — that means the city gets a say in what can or cannot be done to the building's façade.

Walgreens, based in Deerfield, Ill., meanwhile, is “happy to be part of the village” Downtown, said company Regional Vice President Kristen Vargas.