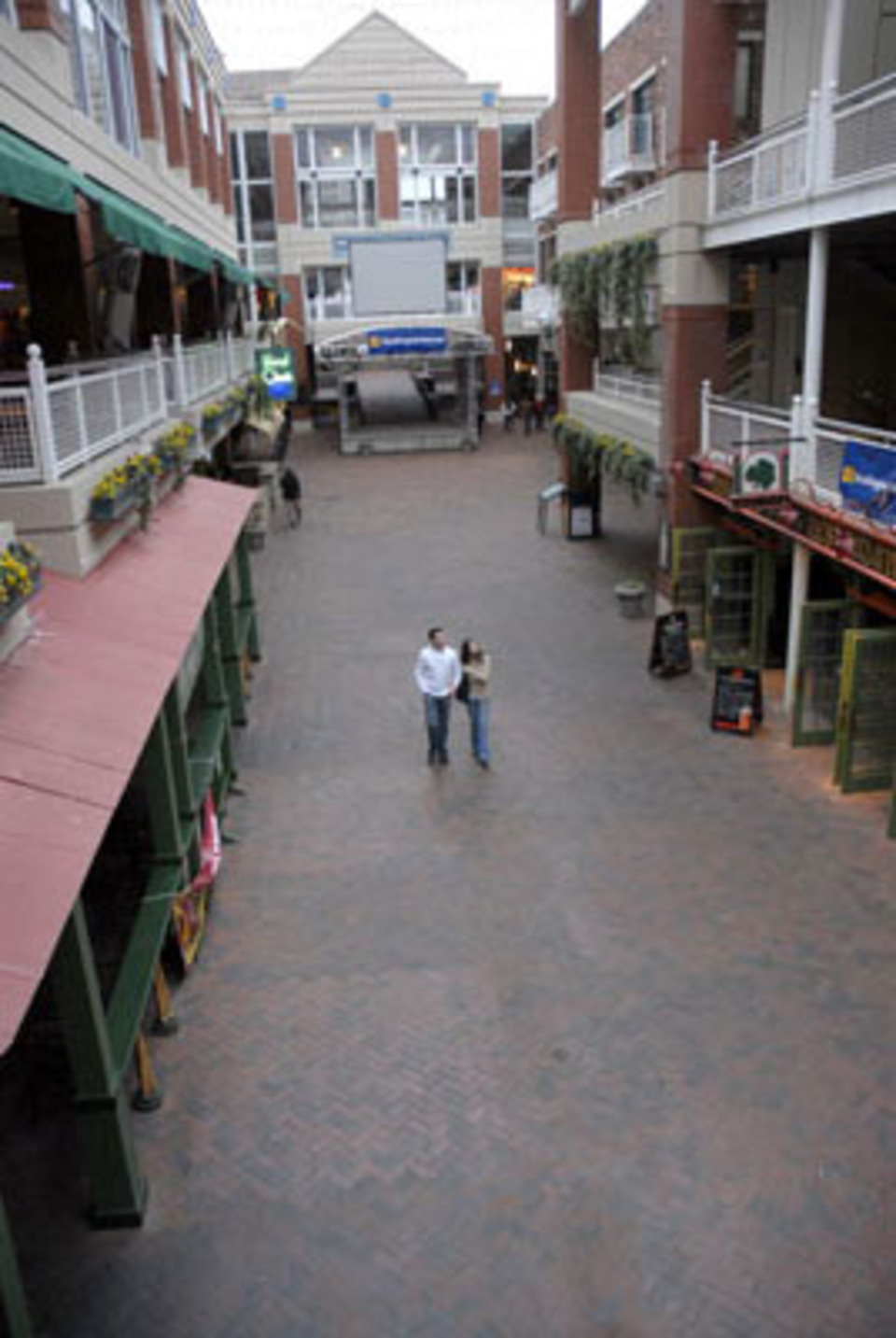 Photo credit:
The Masquerade, the beloved music venue that is being pushed from its longtime North Avenue home and facing pushback over the Blandtown warehouse where it wants to move, is dropping anchor in the middle of Downtown. At least for the time being.

Late on Friday, the Masquerade released a statement saying it will "temporarily set up shop" in Underground Atlanta at Kenny's Alley, the subterranean shopping center's nightlife zone. Masquerade owners say Atlanta City Councilman Kwanza Hall and Mayor Kasim Reed's staff helped them strike a deal with WRS Inc., the South Carolina-based developer that has been negotiating with the city to buy Underground.

"Beginning in late October, The Masquerade will be taking over three spaces which will be labeled with the iconic Heaven, Hell and Purgatory brandings," the statement says. "Renovations are underway to transform the spaces into concert-ready venues."

After the owner of the building that the Masquerade has long called home announced plans to redevelop the property, the venue set its sights on a warehouse off Huff Road in Blandtown. But developer Brock Built cried foul and took the Masquerade to court. Brock is a major landowner in the area and is building a subdivision nearby.

The owner of its longtime space allowed the Masquerade to remain on North Avenue for the time being, but the team says they "have almost reached the point of needing to vacate." They say the move to Kenny's Alley, where Masquerade co-owner Brian McNamara once owned a club called the Alley Cat, will help them plan the venue's long-term future.

The Masquerade will move in in late October and have exclusive use of the Kenny Alley's space, which is a short walk from MARTA's Five Points station and ample parking (two decks that are largely empty after 5 p.m. connect to Underground). It should also be convenient for bands hauling gear on interstates.

Owners say the new Heaven, Hell, and Purgatory spaces will "virtually mimic the sizes of the performance areas in the North Avenue building, with concert-goers able to walk from venue to venue as they can now." No shows will be affected by the move to the new spaces, which Masquerade owners say have improved sound and lighting systems.

By moving to Underground, the Masquerade joins a growing arts district that includes Mammal Gallery, Downtown Players Club, Eyedrum, and others. As Curbed reported, a Neighborhood Planning Unit liquor license subcommittee recently gave the venue its blessing to serve alcohol in the spaces. And the leader of an effort aimed at sparking organic growth in the area that includes Underground is happy about the new neighbor.

"Music and live entertainment have always played an important role at Underground Atlanta, dating back to its birth in the late 1960s," says Kyle Kessler of the Center for Civic Innovation's South Downtown Initiative. "So it's good to have that kind of use back on site, even if just for a little while. However, we'd love to see if the The Masquerade could find a long-term home and be worked into Underground's redevelopment."

Whether that happens would be up to WRS, which is still in talks with the city over purchasing the property. We're talking with a WRS executive this morning and will update with any new details. We've also asked the Masquerade's Greg Green if they'd be interested in sticking around Downtown.