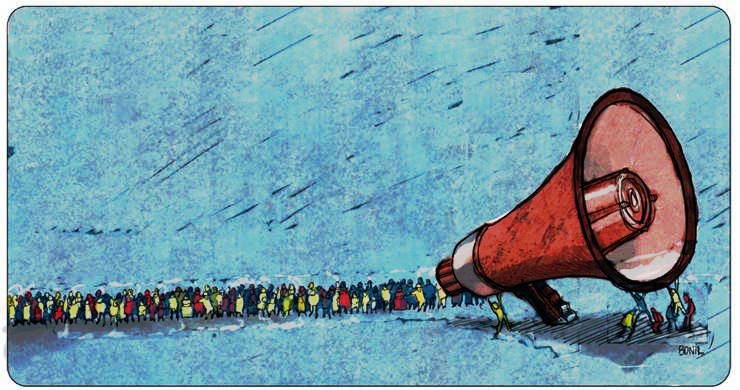 Photo credit:
Political and editorial cartoons have long been a way to illustrate newsworthy current events in a way that’s effective, succinct, and poignant. On October 13, a curated selection of acclaimed international editorial cartoonists will convene at the National Center for Civil and Human Rights as part of the event Cartooning for Peace: The Art of Democracy. Hosted by France-Atlanta 2016 along with the National Center for Civil and Human Rights, the Atlanta Press Club, the Mayor’s Office of Cultural Affairs, and Cartooning for Peace, the event will feature a panel discussion and cartoon demo surrounding democracy and free speech.

Topics explored during this discussion are slated to include censorship, the role of the press and the artist in a democracy, freedom, tolerance, and more. The event was founded by French publication Le Monde cartoonist Jean “Plantu” Plantureaux, who will be joined by Mike Luckovich of the Atlanta Journal-Constitution, and Michel Kichka of Courrier International in Jerusalem. “As a member of Cartooning since the very beginning of its incredible adventure, I totally identify myself with the messages of editorial cartooning,” says Michel Kichka, a cartoonist based in Israel, who will be participating in Cartooning for Peace. “I am Israeli with European roots, which gives me the ability to be a bridge between cultures and mentalities.”

Kichka says he enjoys doing events like this around the world because it gives him access to different cultures he may not otherwise get to experience, and this, in turn, helps his art, allowing him to base his observations on firsthand knowledge rather than stereotypes or preconceptions. As for what to expect, he adds that the event will feature “a rich and open dialogue, a deep exchange of ideas, a better understanding of the freedom of expression in different countries of the world of today.”

Spider for Cartooning for Peace event headed to Downtown Atlanta