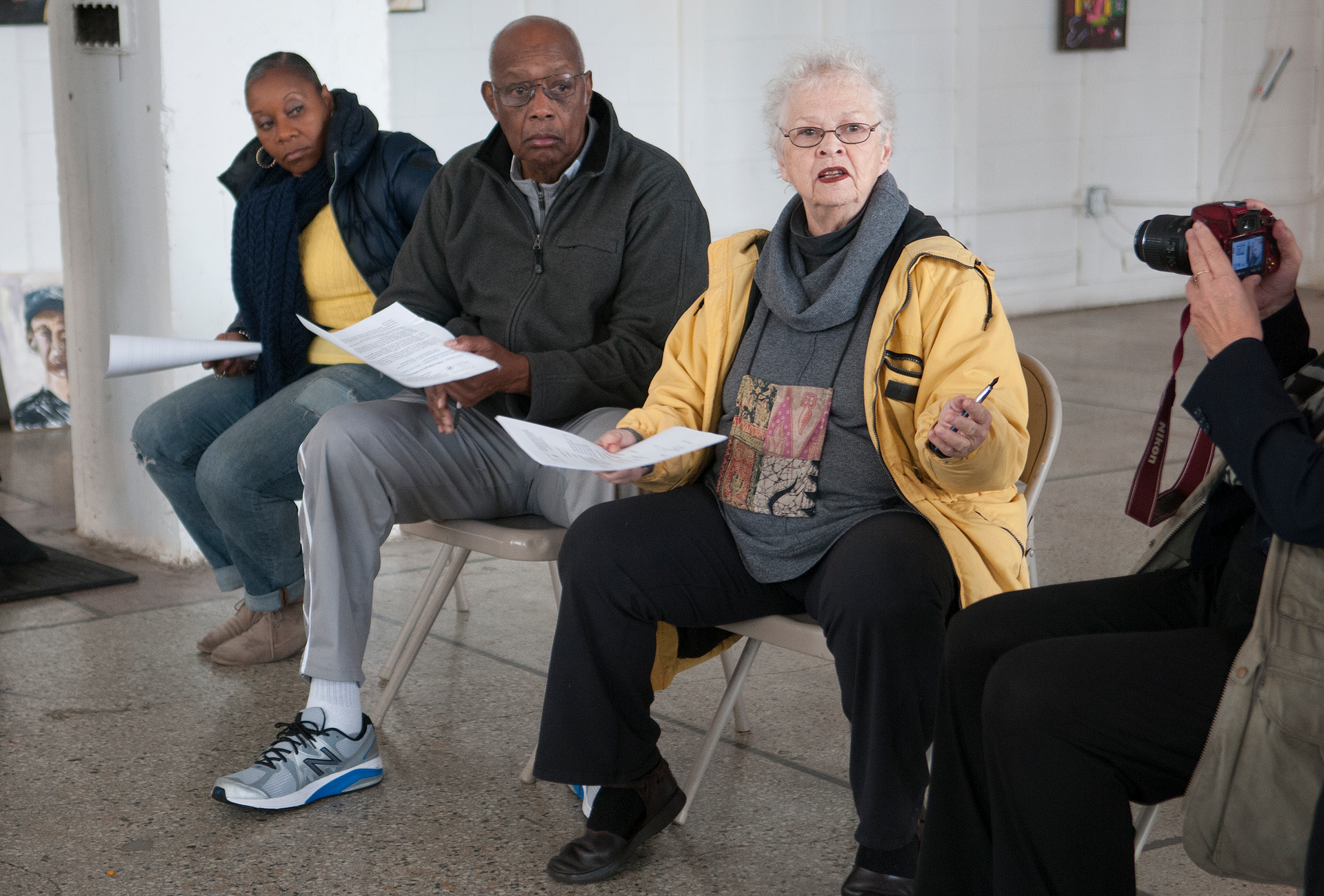 It was in the evening, Nanette Walker says, when she heard shots. She was working at the Peachtree-Pine shelter and the women and children were getting ready for bed.

Walker’s first reaction: get them on the floor. They stayed on the floor a good 30 minutes, she says, until someone else from the shelter came and gave them the all clear. But it was hard to get back to normal, especially for people who are in a difficult place anyway.

“There is no normal routine at that point," says Walker. "It’s still in the back of your head, will there be a next time?”

On that evening, Nov. 28, police responded to a shots fired call, but no victim was located, so no report was filed. Midmorning about a week later, police answered another shots fired call. Sitting inside the door of the women's shelter was a man who said he’d been shot in the leg. Police recovered bullet casings from the scene and tracked down and arrested a suspect. In May, a man was shot and killed outside the shelter.

Anita Beaty, the executive director of the Atlanta Task Force for the Homeless, which runs the shelter, says people outside the shelter are getting more violent and volunteers are getting scared. She and some other Task Force leaders and supporters think the police and Mayor Kasim Reed are allowing drug dealers and other lawbreakers to hang around on the streets around the shelter. Beaty accuses some — not all — officers of simply ignoring law-breaking on the block.

“The mayor needs to get up, to demand police protection for this block,” said Beaty, speaking at a meeting of Peachtree-Pine leaders, staff and supporters last week.

The city, however, says the shelter has attracted illegal and drug activity for years and that the shelter isn’t doing anything about it.

Peachtree-Pine houses hundreds of people in a night. Its partisans say it does the Almighty’s work sheltering homeless people. But its many critics say it’s a blight on the area and for the people who stay there.  It's been called inadequate, nothing better than a warehouse or camp. The litigation over ownership of the building, along with a separate lawsuit against Emory University, seems unending.

Beaty several months ago denied rumors that the shelter would close in November. During the press conference, board member Joe Beasley said the task force was offered an $11 million settlement by Central Atlanta Progress, the Downtown business group. Beaty says no formal offer was made. CAP declined to comment.

Asked for an interview about policing and any problems in the area, Atlanta Police directed questions to Reed’s office.  A spokesperson for Mayor Reed called accusations that the mayor has directed the police to allow criminal activity to take place are “patently false.”

“This year alone, more than 1,000 arrests have occurred, largely for narcotics activity” within a two-block radius of the shelter, the spokesperson wrote. “The reality is Peachtree-Pine has attracted illegal and drug activity for years. In addition, the leadership of Peachtree-Pine contributes to the problem by doing nothing to prevent it.”

Illegal activity is one of the reasons the city gives for wanting to take over the building.  Reed has announced plans to put SWAT officers and firefighters there. Atlanta City Council this year authorized the city to enter talks for the building, over the loud objections of homeless advocates who ask where Peachtree-Pine clients are supposed to go.

Reed’s spokesperson did not answer a repeated question about progress of another plan the mayor has long discussed: the idea of selling bonds to finance several small and well-resourced shelters that could house and help people who now stay at Peachtree-Pine.

The spokesperson's statement echoed previous official statements on Peachtree-Pine: "The City of Atlanta is currently working with United Way of Greater Atlanta and community homeless service providers to offer individuals and families staying in the shelter a triage of the most appropriate housing intervention, once the shelter is closed. Interventions include but are not limited to shelter, transitional housing, responsible family reunification, rapid re-housing and permanent supportive housing.”

The city has made some moves to look into establishing a small shelter on Metropolitan Parkway that would provide wraparound services to its clients. Neighbors haven't been enthusiastic.

After the meeting with staff and supporters, Beaty pointed out a window to the other side of Pine Street.  She said a lot of those people don’t stay at the shelter, though they can if they follow the rules while they’re inside.

“We would say come on in but you can’t hang over there because that’s what’s making us look like the mayor wants us to look,” she says.


Beaty herself does dream of a better Peachtree-Pine, a place that’s a real community. But in litigation that’s lasted years, the Task Force accuses several organizations of turning would-be donors against the shelter.

“It really is a matter of the city accepting the fact that this meets a life-and-death need and it could do it in a better fashion if we had the resources that have been prevented from landing here,” she says.