I am not a walking infection. I am a human. Don't lock me up for who I am.' 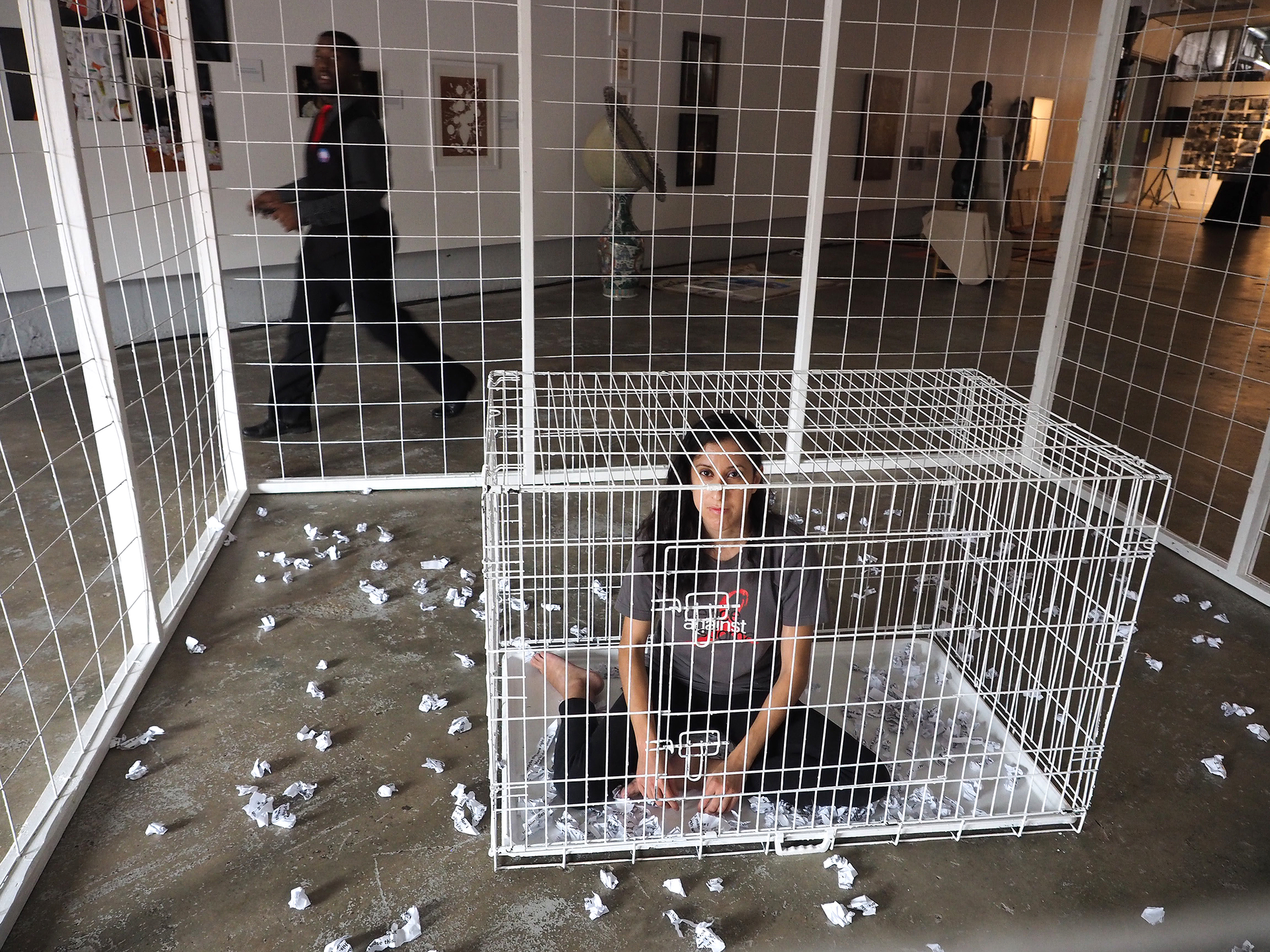 Photo credit:
Georgians living with HIV can be locked away for up to a decade for neglecting to inform sexual partners of their status, even if they’ve been told by a doctor that their viral loads are too low to transmit the virus.Under Georgia law, HIV-positive people are required to tell partners of their status prior to sex. If they don’t, they could be charged and convicted for “reckless conduct” — a felony — even if they don’t transmit the virus. People who divulge such personal info to others can face harsh discrimination, and even violence, for saying they have HIV. In other cases, their privacy could be compromised.According to the Center for HIV and Law Policy, more than 30 states have laws about prior notification and spitting or biting, even though medical experts say such behavior does little, if anything, to contribute to the transmission of HIV. And Georgia activists who are trying to end HIV stigma want state lawmakers to revisit laws here. The topic was raised on Nov. 30, the evening before World AIDS Day, at an event organized by advocacy group Georgia Equality. During a panel discussion at the event, four HIV-positive people talked about the stigma that comes with living with the condition. Nina Martinez, a public health analyst and Georgia Equality activist, said she hasn’t had a relationship in 11 years. That’s because Martinez is worried she could be beaten or criminally charged for merely engaging in romantic endeavors with someone who is not aware of her condition. Martinez told the few dozen people in attendance that, after being sexually assaulted, she kept quiet in fear of “going to prison for my own rape.”Panel speakers said they’re working with local politicians to create legislation that could reduce the stigma surrounding HIV. Many people don’t know that HIV-positive people taking proper medication can have normal sex lives with virtually no risk of passing the virus to others, said panel moderator Dazon Dixon Diallo, founder and president of SisterLove, an advocacy group focused on African-American women with HIV/AIDS.Dixon Diallo said appropriate use of pre-exposure prophylaxis, or PrEP, and antiretroviral therapy can now virtually quash the chances of transmission during intercourse or other exchanges of bodily fluids, citing a two-year study of more than 1,000 couples that knew of their partner’s status.“Treatment is prevention,” said Dr. Richard Rothenberg, associate dean of faculty development and research at Georgia State University’s school of public health. “Getting people on adequate treatment (defined as no detectable viral load) clearly diminishes transmission considerably.”Georgia has one of the highest diagnosis rates of HIV in the nation. According to a recent study by the Big Cities Health Coalition, metro Atlanta had the country’s second-highest rate of HIV diagnoses, second to Washington, D.C. Nearly half of metro Atlanta cases are in Fulton County.“So how well has our criminalization law done to drive down HIV cases?,” asked Mel Medalle, a SisterLove policy and advocacy advisor. “I don’t think very well.” To people who aren’t knowledgeable of advancements in HIV treatment and prevention, Dixon Diallo said, “it might seem like these laws are helping people ... But there is no sense of agency or responsibility to someone who is not HIV positive.” For example, Martinez said she could be taken to court for not informing a partner of her status prior to having sex, even if she contracts an STD her partner might be carrying in the process. “Complying with the law assumes that disclosure is safe,” she said. “But there’s nothing to stop that guy on a Friday night from giving me syphilis.”One audience member asked whether a pre-sex, contractual understanding could thwart cases in which people raise issues with the terms of their sexual exploits after the fact. Medalle said having such a document in theory but “in the real world, the stigma would outweigh that every single time.”
Charles Stephens, director of The Counter Narrative Project, an advocacy group supporting gay black men, said HIV criminalization is also used as a means of endorsing homophobic and xenophobic policy. Stephens has followed the case of Michael Johnson, a gay black college wrestler who last summer was jailed after being convicted of transmitting HIV to one man and risking the infection of four others. Johnson was sentenced by a Missouri court to more than 30 years in prison. A Missouri appeals court yesterday ordered he receive a new trial.

“A lot of national organizations are only interested in people with perfect narratives,” Stephens said. “No one was talking about this...If Michael had blonde hair and blue eyes, the cavalry would have come a lot sooner.”

Marxavian Jones, an activist with NAESM, a group that provides education and services for people affected by HIV/AIDS, reminded the crowd that the virus does not discriminate.“When talking about HIV, it’s not just numbers, these are lives,” Jones said. “People who are married catch HIV. People who have one partner catch HIV. People who have sex for the first time catch HIV. Everyone’s story is different, and it’s unfair to put rules and labels on how people have to share their private and personal information.”The panelists said they’re working to draft a legislative proposal — they said it’s too early to share specifics — for the upcoming General Assembly to address Georgia’s laws and “decriminalize HIV,” once and for all. “The H in HIV stands for humans, and we seem to be missing that humanistic approach,” Jones said. “I am not a walking infection. I am a human. Don’t lock me up for who I am.”