Filmmaker provides a space for artists to express their Latinidad 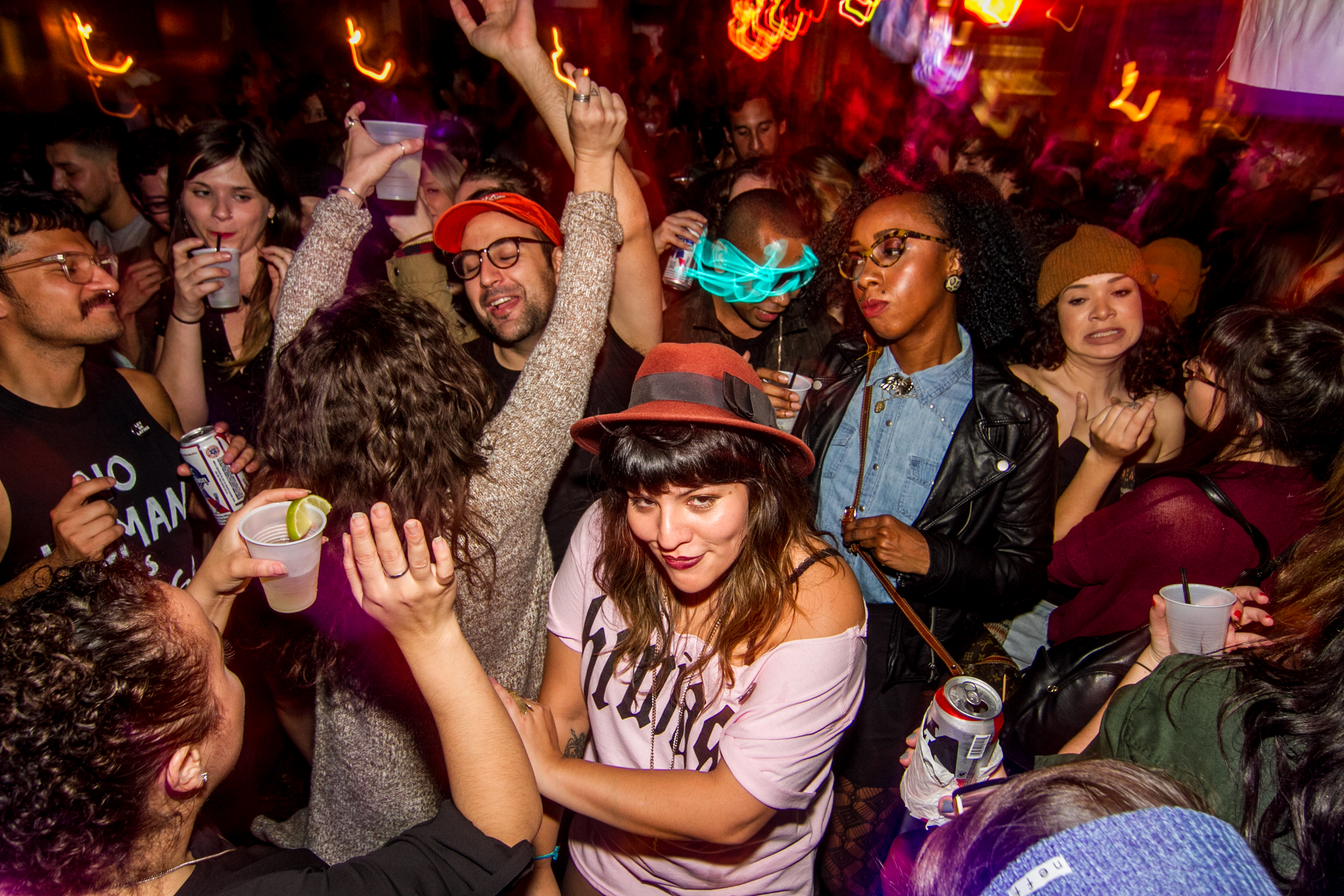 Photo credit:
Josephine Figueroa parties as hard as she works. The 28-year-old cofounded “La Choloteca: Ley de Latinx,” a dance blowout that doubled in size before turning two months old. During its October shindig at Star Bar, the fire marshal showed up, and someone got kicked out. A line of people to get in snaked into the parking lot.“We filled what is normally a white punk space with queer POCs,” Figueroa says.Figueroa’s Peruvian parents are dancers and drinkers and brought her up to appreciate the healing power of community and good food. Birthday celebrations at white friends’ houses were boring in comparison. “It’s what separated my family from every other family,” she says. Figueroa seeks as many outlets as possible to share her culture with fellow Latinx (a gender-neutral alternative to Latino/a) citizens as well as people who grew up dozing on the couch during holiday gatherings.In April, to kick off a residency at Murmur, Figueroa threw a would-be 40th birthday bash for Selena, the Tejano singer who was shot and killed in 1995. The soiree included a DJ, a drag queen performance, and a photo booth with a life-size cutout of the late pop star.As part of the residency, Figueroa also formed Somos Sur, a collective that provides opportunities and resources for Latinx artists. In June, Somos Sur hosted Border Artists, a show voicing a range of experiences that often is reduced to a tiny lens by people unfamiliar with Hispanic heritage, namely white men. “For a long time I felt like my Latinidad was a second thought,” Figueroa says. “I want to help others who have hidden their Latinidad pinpoint how that has hurt or hindered them.”Figueroa is first and foremost a filmmaker and photographer, and her video installation in October’s ELEVATE exhibit marks her biggest accomplishment to date. Figueroa’s contribution to the city-sponsored show highlighting the cultural significance of South Downtown consisted of four 20-foot-tall screens showing footage from her two-month exploration of the neighborhood, including people on four wheelers barreling up Peachtree Street, residents showing off gold grills, a young homeless girl mixing a glass of orange juice Figueroa bought for her at Waffle House, and interviews with local business owners about the changing neighborhood.In 2017, Figueroa anticipates Somos Sur becoming bigger than herself. She plans to curate at least one show featuring nationally recognized artists and launch a writing group. She also wants to link Somos Sur participants with entrepreneurs and activists, especially in response to the 2016 election and the impact it could have on people the collective aims to support.


“It’s not necessarily about me,” she says. “There’s a humbleness in the Latin community that’s not beneficial. We need to be louder.”

Spider for Josephine Figueroa: The advocate