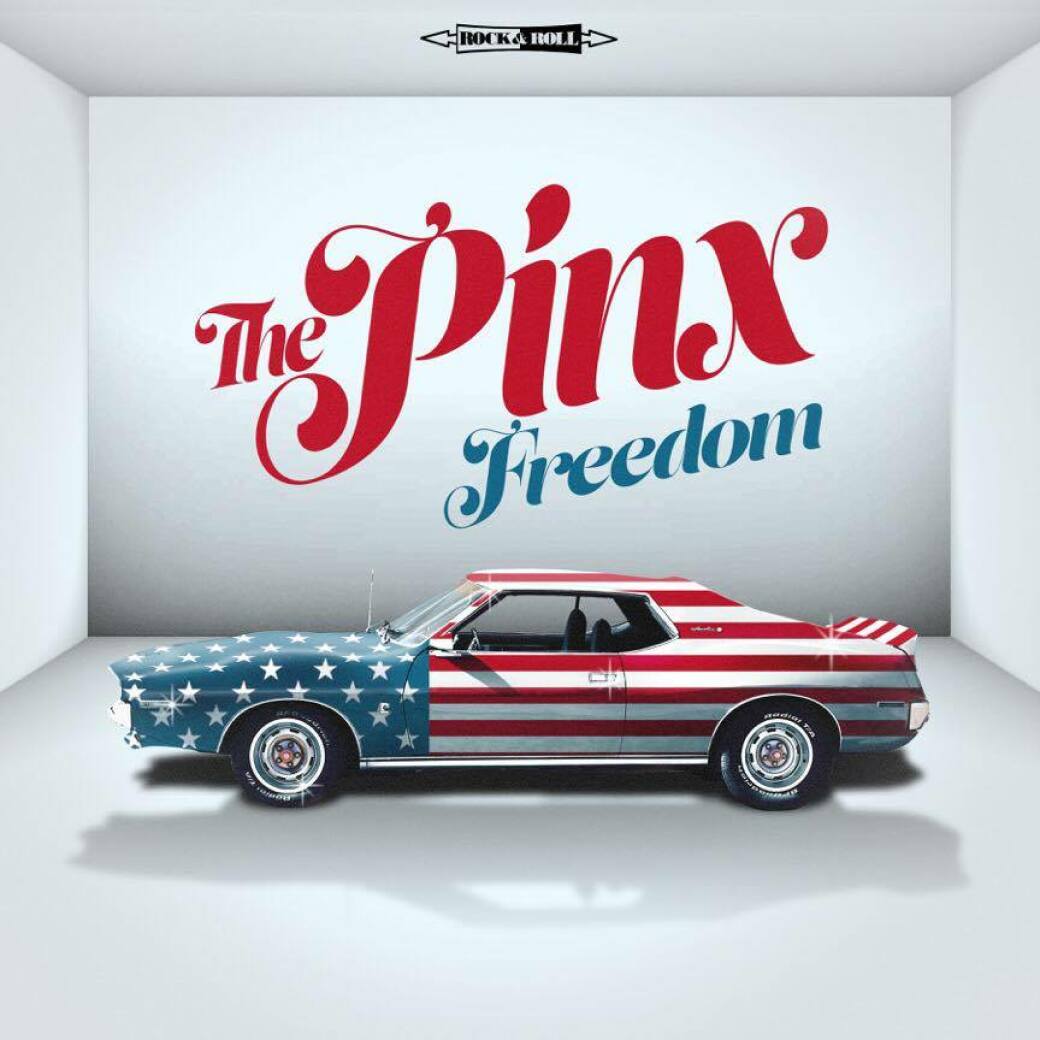 Red-blooded American men shredding white-hot riffs to shake of the blues like it’s 1976. That’s the order of the day with the Pinx’s second proper full-length, Freedom. The CD was released in May 2016. Now, the LP release features a remaster of the album’s 10 tracks pressed onto American flag-colored vinyl. Each song takes on a breadth and depth that only this large format can provide.

Singer, guitarist and Alabama expat by way of Nashville Adam McIntyre directs the Pinx’s rock ’n’ roll odyssey all the while dressed in dirty clothes and nursing a broken heart. “Blue Dream” is a damaged and lovelorn number that finds the hero licking his wounds after a crash landing at the Highland Inn. “Sun House” takes shape like a cocksure group of ’70 rock aficionados doing their best Mastodon impersonation. Atlanta soul powerhouse Ruby Velle reaches soaring heights singing backup on “Blue Dream” and “I Got the Cure.”
The spread of variety heard from song to song speaks to a hefty amount of experience on display here. McIntyre along with drummer Dwayne Jones, guitarist Chance McColl, and bass player Jon Lee know just when to ease up on the full-throttle Southern dude thing. The album’s strengths lie in a marriage of power pop melodies and feel-good Foghat anthems.

Even when taking a deep dive into some of the darkest hours of young male misadventures, it’s clear the group is having a pretty good time, laughing off scenarios that seemed like the end of the world at the time; but hindsight is 20/20. In “Boss Man,” McIntyre and Co. come face-to-face with the man, who, for one reason or another, let’s them off the hook. That feeling of elation, just after everything could have fallen apart, comes with Zen-like awareness. As the record draws to a close with a cover of Fred “Sonic” Smith’s “Baby Won’t Ya,” it’s clear that everything is gonna be all right. Let Freedom ring. ★★★☆☆