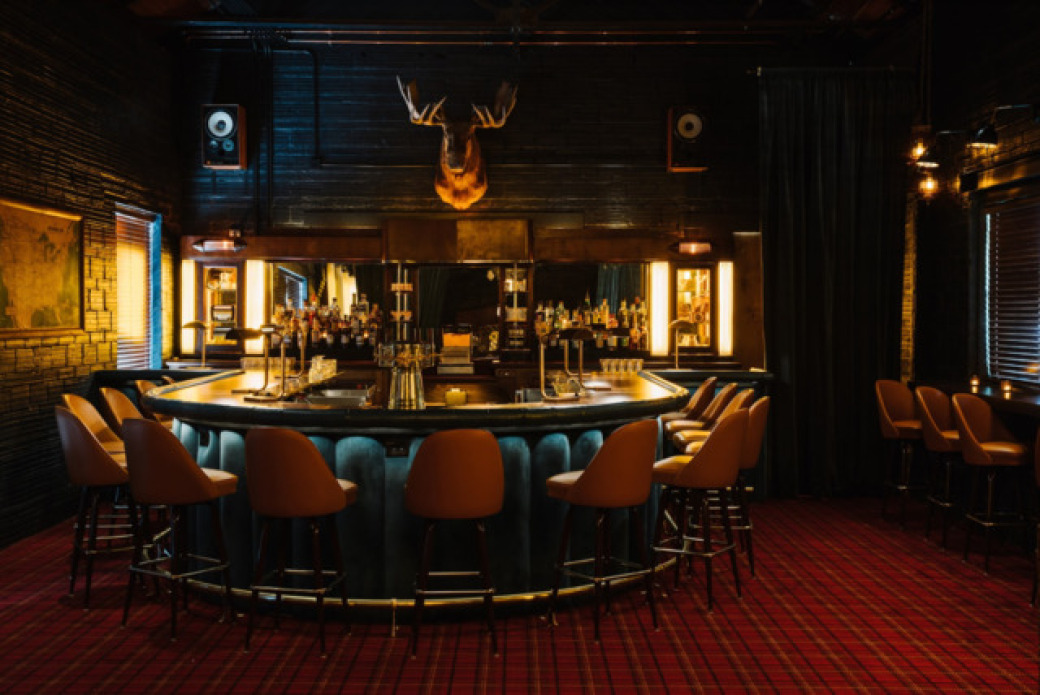 Oysters and cocktails are returning to Krog Street Market! The team behind Decatur's Kimball House is taking over the Luminary's space. Foodies have been buzzing about the yet-to-be-named seafood and cocktails spot. The Luminary closed in March, and the new spot is slated to open sometime in spring or summer of 2018.

Golden Eagle (904 Memorial Dr.) from the folks behind Ladybird Grove and Mess Hall opens next to sister spot Muchacho on Mon., Oct. 30. The Reynoldstown spot along the Beltline's Eastside Trail is described as "a diamond in the rough watering hole,' serving up pub grub like garlic knots and crab Rangoon. Taria Camerino will serve as culinary director and Jason Simpson, chef de cuisine.

The Westside's sister spinoff of the Painted Pin is close to opening. We spotted hiring notices for The Painted Duckfeaturing food, bar, duckpin bowling, and gamingin the Stockyards Atlanta development.

Italian fare is coming to Atlantic Station soon. The latest venture from Concentrics Restaurants, Allora, is led by chef Chris Maher (ONE Midtown Kitchen). Serving up pizzas, pastas, salads and small plates with a patio to boot, the new spot opens Weds., Oct. 25 in the Twelve (361 17th St. N.W.).

Southern Souffle's Erika Council has released the next three dates for her famous Saturday morning biscuit collaborations with Bryan Furman at B's Cracklin BBQ. Mark your calendars for Nov. 4, Nov. 18 and Dec. 2 and get ready for High on the Hog biscuits, Glori-fried chicken biscuits, and hopefully, her delicious beignets.

'90s week is in full swing at Gunshow. Through this weekend, executive chef Joey Ward and crew are serving from a menu of '90s inspired food and cocktails. Guests are encouraged to dress up to go with the tunesso break out the flannel and crushed velvet. What are they serving? Tall Food, Adult Lunchables, Your Brain on Drugs beet tartare, Jell-O shots with Pop Rocks pairings, the Black Hole Sun cocktail, and maybe even a Capri Sun.

You can purchase legacy in a bottle. Uncle Nearest 1856 Premium Tennessee Whiskey launched this week in Atlanta. The name pays tribute to the first African American master distiller in record. Nathan "Nearest' Green taught Jack Daniels himself how to distill whiskey.

How 'bout some wine to go? Beginning today (Oct. 20), Ponce City Market's City Winery offers wine growlers. Grab a refillable bottle (one time $5 fee) of tapped wines with prices starting at $15. Plus, in honor of Breast Cancer Awareness Month, City Winery has a $10 seasonal bruschetta and glass of their 404 Ros̩ deal where $1 from each combo sold goes to Susan G. Komen.

Ponce City Market's Brezza Cucina has a new pizza happy hour with seasonal favorites like short rib and eggplant with shallots, goat cheese, basil, and olives. Mondays through Thursdays from 5-7 p.m., all pies are half off.

There's a new spot for ChicomecoATL's Mesoamerican food. For "a couple of Thursdays after 11 p.m.' tamales, sope, and churros will be served up by the OG Tamale Lady herself at Noni's on Edgewood.

Soldiers' Angels Hunger Relief program will feed at least 200 low-income, at-risk, and/or homeless veterans through their veteran mobile food distribution. Fri., Oct. 27 they will set up in Decatur at Arcadia VA Clinic (250 North Avenue). Want to get involved? Check it out: www.soldiersangels.org

October is Airport Restaurant Month. Celebrate the taste of fall with the seasonal menus prepared for the event at Pecan Bistro (Concourse F) and Chophouse (Main Atrium).