Quick Bites: Avondale's Pallookaville shuts down, SweetWater collaborates with the Giving Kitchen, the El Felix opens this month and more 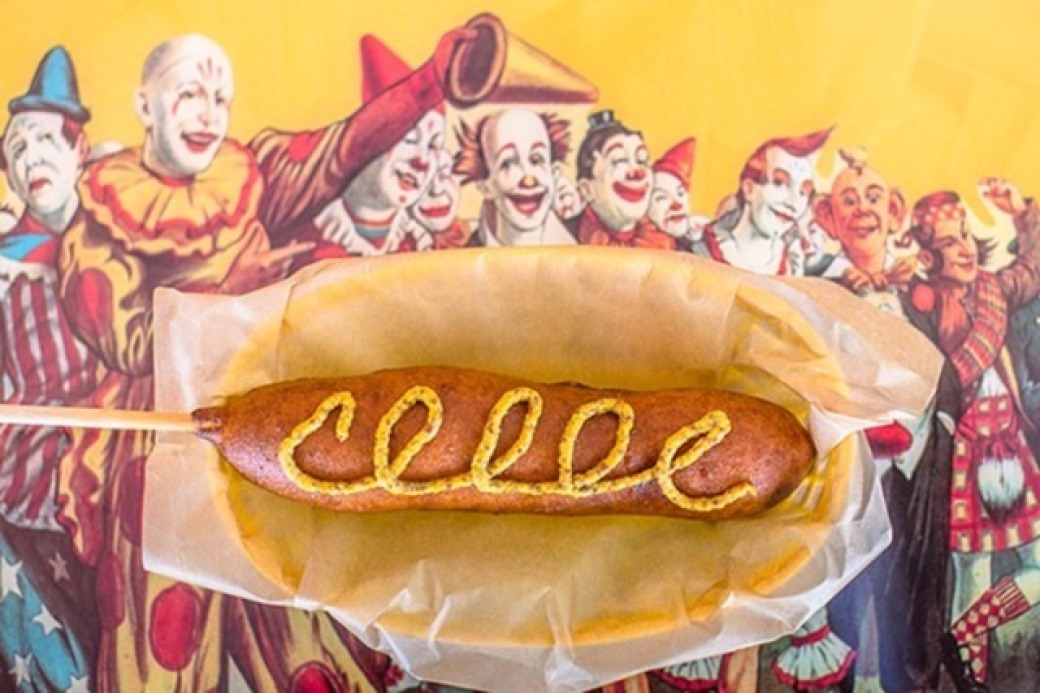 Sad news, corndog lovers. Avondale's Palookaville has closed. A statement on their Facebook page read, "All of us at Palookaville have truly enjoyed serving up delicious corndogs and boozy shakes to you all." Luckily, their food truck is still in action.

SweetWater Brewing Co.'s collaboration beer with the Giving Kitchen just dropped. Second Helping IPA, infused with juniper berries, is available at Brick Store Pub, Jim 'N Nick's, and other local spots. All proceeds from the sale of this hoppy brew go to the Giving Kitchen.

Ford Fry's forthcoming Tex-Mex spot at the battery Atlanta now has an opening date. Chef Kevin Maxey's menu at The El Felix starts Mon., Nov. 20. One way cool thing about it is a built-in taco truck which will serve on-the-go snacks like nachos, tamales, chicken tacos, and margaritas to take with you to the ballpark. The El Felix will be open for lunch and dinner.

Congrats to our buddy Beth McKibben, the new head honcho over at Eater Atlanta. She was a frequent contributor on drink culture on the site and replaces long-time Eater Atlanta editor Chris Fuhrmeister, who has moved on to a full-time gig with Eater's national site, covering the intersection of pop culture and restaurants.

And another big congrats to Locust Grove bakery owner Nicole Silva, who won Food Network's Christmas Cookie Challenge on the show that aired last night. Along with bragging rights, Silva took home $10,000. You can buy her beautiful treats at Crumbles by Nicole (3988 Highway 42, Locust Grove).

We have your Taco Tuesday sorted. Chef Chris Hall of Local Three's Giving Taco is available all week at all Taqueria del Sol locations and it's kind of the best mash-up ever. All proceeds from his flour tortilla bacon taco (yes, bacon taco) with fresh corn salsa and cotija cheese benefit local nonprofit the Giving Kitchen.

After nine seasons of masterfully running Peachtree Road Farmers Market, this is director Lauren Carey's last season. The Atlanta community is certainly grateful for her hard work providing locally sourced food and goods to our community. She is not sure what comes next, but it will no doubt be some way to support local food.

Decatur's Big Tex is now serving Sunday brunch with a Blood Mary bar, bottomless mimosas, and a menu full of sweet and savory plates like bananas foster French toast, shrimp and grits, brisket hash, and a brunch burger. Brunch begins at 11 a.m. and mimosas start at 12:30.

Grindhouse Killer Burgers now has a 100 percent plant-based burger on a vegan bun. All locations except the airport now serve the Impossible Burger. Owner Alex Brounstein says it "allows us to offer another alternative for our vegetarian and vegan guests it's much more of a meat substitute than our veggie burger. It's got the texture, look and flavor of beef."

Mark your calendars. Mouth of the South, brought to you by the folks behind the now-shuttered Illegal Food, will be serving up late night ramen at Little's Food Store (198 Carroll St. SE) from 11 p.m. to 1 a.m. from Fri., Dec. 1 to Sat., Dec. 2.

Roswell's Osteria Mattone is turning four and they're celebrating the anniversary with four courses for $44 this week, through Weds., Nov. 15. Wine pairings are available for an additional cost. Cheers!

Chef Linton Hopkins' new swanky spot at the Battery now has fried chicken supper every Sunday. C. Ellet's serves three levels of the classic dish (one with oysters and one with champagne) all day long. All the selections also include a slice of pie.